The GOP Tax Bill Could Kill Two Birds with One Stone

Running up the deficit so extravagantly would serve two strategic purposes. 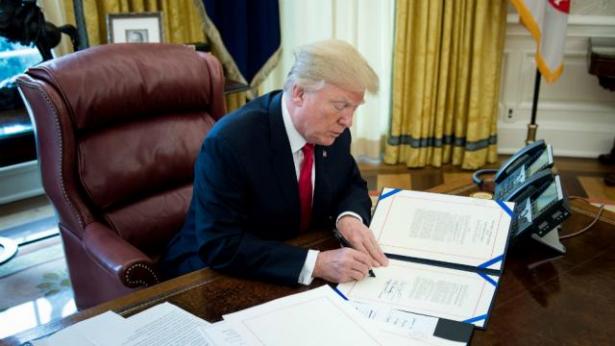 Why doesn’t the GOP seem to care that its tax bill will drive up the deficit by $1.5 trillion? After all, for most of its modern history, the Republican party has campaigned on controlling the debt. Many answers have been offered, some quite illuminating. Here’s one that hasn’t been considered, and it may be the most urgent to understand.

Running up the deficit so extravagantly would serve two strategic purposes: One, as many have pointed out, is to create a fiscal emergency that justifies massive cuts to and even possible privatization of Social Security, Medicaid and Medicare.

But there’s a second reason you likely haven’t heard about: sealing the case for a constitutional convention. And the real action on this front will not be in Washington, but out in the states, where almost no one is looking.

While the eyes of most journalists and citizens have been fixed on the White House and Congress, scores of organizations and elected officials funded by Charles Koch and his donor network have quietly achieving control over state governments. With the aid of the powerful lobby group American Legislative Exchange Council (ALEC), 28 of the 34 states needed to call such a convention have passed measures calling for one. Many state legislatures were persuaded in part by the lure of a Balanced Budget Amendment. A ballooning deficit could help get the remaining six on board.

First, some background. Article V of the U.S. Constitution provides two routes to amendment: through Congress or two-thirds of the states. The former has occurred 33 times now; the latter, never.

The untried route stipulates that two-thirds of the states can call a constitutional convention. Delegate George Mason of Virginia urged inclusion of this option in 1787 and won assent. As coincidence would have it, George Mason University is today the core academic base camp of the Koch political operation.

In fact, it was a GMU faculty member and Nobel Laureate in economics, James McGill Buchanan, who taught Koch and his grantees that what Buchanan called a “genuine revolution in constitutional structure” would be needed to control citizens’ appetites for government spending.

Why a revolutionary change? Because libertarian radicals like Buchanan and Koch believe property rights are the core human right and that government should have the right to tax — and therefore to spend — to ensure only one of three national objectives: the rule of law, social order, and the nation’s defense.

There is no place in their vision of good governance for programs to protect citizens in old age, infirmity, or hard times. As Charles Koch put it, the radical right agenda aims to “get government out of the business of giving goodies.” In short, this cause wants to radically change the relationship between the people and their government.

Buchanan argued that the only way to secure the liberty and property rights of the wealthy minority was to permanently change the nation’s governing rules. He referred to this as enchaining the Leviathan, a government that, he said, would otherwise only grow. He urged the leveraging of state power to achieve this. And it’s working.

So how does all this lead to the passage of a tax bill that would radically run up the debt? By inflating the debt, the tax bill helps convince the American people that you cannot trust either party when it comes to spending. That in turn strengthens the case for a Balanced Budget Amendment, which has long polled well (until people learn that it will destroy programs they like and depend upon, like Social Security and Medicare).

Should a constitutional convention take place, it could easily become a “runaway convention.” Attendees would be free to consider a wide range of “Liberty Amendments” that have been listed in a book by that title by the radio talk show host and attorney Mark Levin. They include an end to the direct election of U.S. Senators by the people.

Here’s the really scary thing. There are six states in which the GOP controls both houses of the legislature that have not yet authorized a convention: Idaho, Kentucky, Minnesota, Montana, South Carolina, and Virginia. Six could line up in short order.

“We’re close to winning,” observed Mark Holden, the head of Koch Industries’ government and public affairs operation to a Koch donor summit in late 2015. “They [the Koch network’s critics] don’t have the real path.”

Nancy MacLean is the author of Democracy in Chains: The Deep History of the Radical Right’s Stealth Plan for America (Viking, 2017) and the William H. Chafe professor of history and public policy at Duke University.