Beyond the Dossier: Look at Trump Bank Records

Trump and his organization worked with a wide array of dubious Russians in arrangements that often raised questions about money laundering. 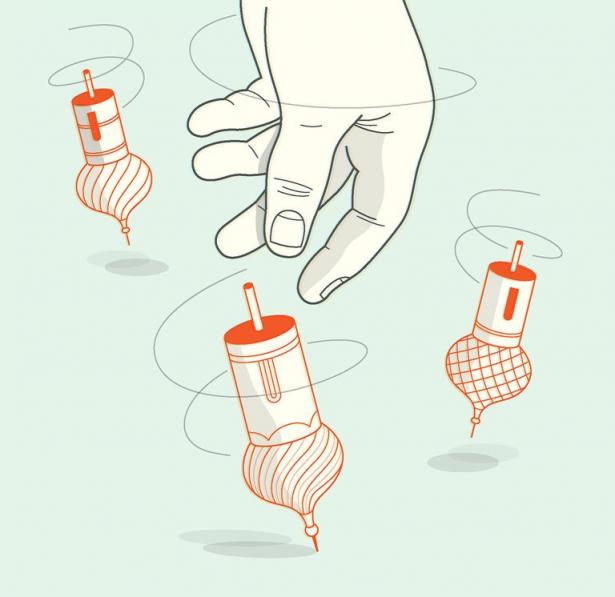 A generation ago, Republicans sought to protect President Richard Nixon by urging the Senate Watergate committee to look at supposed wrongdoing by Democrats in previous elections. The committee chairman, Sam Ervin, a Democrat, said that would be “as foolish as the man who went bear hunting and stopped to chase rabbits.”

Today, amid a growing criminal inquiry into Russian meddling in the 2016 election, congressional Republicans are again chasing rabbits. We know because we’re their favorite quarry.

In the year since the publication of the so-called Steele dossier — the collection of intelligence reports we commissioned about Donald Trump’s ties to Russia — the president has repeatedly attacked us on Twitter. His allies in Congress have dug through our bank records and sought to tarnish our firm to punish us for highlighting his links to Russia. Conservative news outlets and even our former employer, The Wall Street Journal, have spun a succession of mendacious conspiracy theories about our motives and backers.

We are happy to correct the record. In fact, we already have.

Three congressional committees have heard over 21 hours of testimony from our firm, Fusion GPS. In those sessions, we toppled the far right’s conspiracy theories and explained how The Washington Free Beaconand the Clinton campaign — the Republican and Democratic funders of our Trump research — separately came to hire us in the first place.

We walked investigators through our yearlong effort to decipher Mr. Trump’s complex business past, of which the Steele dossier is but one chapter. And we handed over our relevant bank records — while drawing the line at a fishing expedition for the records of companies we work for that have nothing to do with the Trump case.

Republicans have refused to release full transcripts of our firm’s testimony, even as they selectively leak details to media outlets on the far right. It’s time to share what our company told investigators.

We don’t believe the Steele dossier was the trigger for the F.B.I.’s investigation into Russian meddling. As we told the Senate Judiciary Committee in August, our sources said the dossier was taken so seriously because it corroborated reports the bureau had received from other sources, including one inside the Trump camp.

The intelligence committees have known for months that credible allegations of collusion between the Trump camp and Russia were pouring in from independent sources during the campaign. Yet lawmakers in the thrall of the president continue to wage a cynical campaign to portray us as the unwitting victims of Kremlin disinformation.

We suggested investigators look into the bank records of Deutsche Bank and others that were funding Mr. Trump’s businesses. Congress appears uninterested in that tip: Reportedly, ours are the only bank records the House Intelligence Committee has subpoenaed.

We told Congress that from Manhattan to Sunny Isles Beach, Fla., and from Toronto to Panama, we found widespread evidence that Mr. Trump and his organization had worked with a wide array of dubious Russians in arrangements that often raised questions about money laundering. Likewise, those deals don’t seem to interest Congress.

We explained how, from our past journalistic work in Europe, we were deeply familiar with the political operative Paul Manafort’s coziness with Moscow and his financial ties to Russian oligarchs close to Vladimir Putin.

Finally, we debunked the biggest canard being pushed by the president’s men — the notion that we somehow knew of the June 9, 2016, meeting in Trump Tower between some Russians and the Trump brain trust. We first learned of that meeting from news reports last year — and the committees know it. They also know that these Russians were unaware of the former British intelligence officer Christopher Steele’s work for us and were not sources for his reports.

Yes, we hired Mr. Steele, a highly respected Russia expert. But we did so without informing him whom we were working for and gave him no specific marching orders beyond this basic question: Why did Mr. Trump repeatedly seek to do deals in a notoriously corrupt police state that most serious investors shun?

What came back shocked us. Mr. Steele’s sources in Russia (who were not paid) reported on an extensive — and now confirmed — effort by the Kremlin to help elect Mr. Trump president. Mr. Steele saw this as a crime in progress and decided he needed to report it to the F.B.I.

We did not discuss that decision with our clients, or anyone else. Instead, we deferred to Mr. Steele, a trusted friend and intelligence professional with a long history of working with law enforcement. We did not speak to the F.B.I. and haven’t since.

After the election, Mr. Steele decided to share his intelligence with Senator John McCain via an emissary. We helped him do that. The goal was to alert the United States national security community to an attack on our country by a hostile foreign power. We did not, however, share the dossier with BuzzFeed, which to our dismay published it last January.

We’re extremely proud of our work to highlight Mr. Trump’s Russia ties. To have done so is our right under the First Amendment.

It is time to stop chasing rabbits. The public still has much to learn about a man with the most troubling business past of any United States president. Congress should release transcripts of our firm’s testimony, so that the American people can learn the truth about our work and most important, what happened to our democracy.

Glenn R. Simpson and Peter Fritsch, both former journalists, are the founders of the research firm Fusion GPS.

A version of this op-ed appears in print on January 3, 2018, on Page A15 of the New York edition with the headline: The Republicans’ Fake Inquiry.