Don’t panic, legalization advocates say: Jeff Sessions’ anti-marijuana policy will have little practical impact and may even hasten the formal end of prohibition

January 12, 2018 Jamiles Lartey The Guardian
Printer friendly
Why Jeff Sessions May Be a Blessing in Disguise for Legal Weed Published January 12, 2018 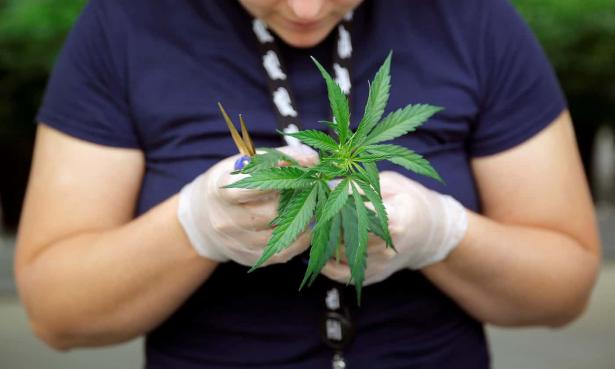 ‘There will probably a short term chilling effect, but this could ultimately be the best thing that’s ever happened to accelerate the pace of change.’,Blair Gable/Reuters

Now that the dust has settled around attorney general Jeff Sessions’ promise of harsher federal marijuana enforcement, advocates of legalization have largely exchanged their initial disappointment over the move for one of long-term optimism.

“I think there was a knee-jerk reaction of something approaching panic, but once everyone calmed down, they’ve come to realize that practically this is going to have little impact,” said Patrick Moen, a former Drug Enforcement Agency (DEA) agent who now works as council to an investment firm in the nascent legal marijuana industry.

Some, like Moen, even believe the decision could be the best thing for the growing marijuana movement, hastening the formal end of weed prohibition in the US.

“There will probably a short term chilling effect, but this could ultimately be the best thing that’s ever happened to accelerate the pace of change,” Moen said.

The markets have reflected this somewhat counterintuitive sentiment. The United States Marijuana Index, which tracks 15 leading publicly traded legal marijuana-related companies, initially dropped 21% on the heels of the Department of Justice (DoJ) announcement, but it turned out to be a blip. By early this week the index had rebounded to within a few points of its one-year high.

Sessions’ announcement formally rescinded guidance, known as the Cole Memo, issued by the Obama-era DoJ that essentially told federal prosecutors to respect state laws with regards to marijuana. Importantly, though, Sessions’ decision did not direct or incentivize US attorneys to pursue marijuana cases, it just allowed them to if they so choose.

“The Cole Memo guidance was eminently reasonable and was a common sense good policy,” Moen said. “I think that despite the fact that it’s been formally rescinded, federal prosecutors will effectively continue to abide by it.”

One of the primary reasons concern has been tempered is that Sessions announcement is not actually likely to ensnare individual marijuana users into the criminal justice system.

Federal prosecutors almost never pursue simple possession charges against recreational users, whether in states where it is legal or not.

According to the Bureau of Justice statistics, 99% of those serving federal sentences for marijuana-related crimes were convicted of trafficking offenses, which typically relate to quantities far in excess of what individual recreational users would have.

“It is unlikely that this will affect them in any tangible negative way, other than depriving of the ability to buy marijuana legally,” said Justin Strekal, Political Director for the National Organization for the Reform of Marijuana Laws (Norml).

The Sessions memo is unlikely to trigger a nationwide dragnet of marijuana users, and is also unlikely to cause wide-scale disruptions to legal cultivators, Moen notes.

“If federal prosecutors decide to ‘go rogue’ and start charging otherwise compliant state businesses, there’s going to be repercussions with regard to their relationships with the local [law enforcement],” Moen said.

Strekal notes, however, that because of civil-forfeiture laws, local law enforcement would have one very good reason to work with federal agents seeking to enforce marijuana laws on legal weed businesses. Although local law enforcement can’t bust those businesses on their own – they aren’t breaking any state or local laws – by joining with feds to enforce federal law, they get to claim a portion of any assets seized in a potential drug raid.

“In an area where you have a prohibitionist minded sheriff or a law enforcement agency, they will look at state-lawful marijuana facilities and see a big pile of money,” Strekal said.

The 4 January move by Sessions was sandwiched by two major wins for legalization advocates. On the first of the month, recreational weed became legal in California, after more than a decade of a quite lax medical marijuana program. Then on 10 January, Vermont became the first US state to legalize the substance with an act of legislation, rather than a popular referendum, as has been the case in states like California, Colorado and Oregon.

The decision may ultimately precipitate another win, as Moen observed. Within hours of Sessions’ announcement, a bipartisan group of legislators had come out against the decision and some, including Hawaii senator Brian Schatz, announced that legislation was already being crafted that could overrule Sessions, by changing the extent to which Marijuana is classified as illegal at the federal level.

“It’s great that we’ve had a number of members of Congress over the course of the last six days last week step up and say what the attorney general did is wrong. Now time for every single one of those members of Congress to put their names on the pending legislation,” Strekal said.