This conversation should be bigger than Aziz Ansari. 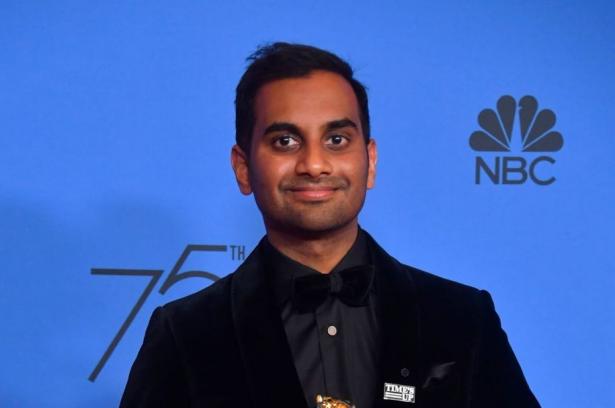 It’s long past time for our society to have a grown-up heart-to-heart about sex and consent. It’s a shame that it has taken allegations of sexual assault, the most recent one against actor and comedian Aziz Ansari, to do it. If you haven’t been keeping up, the online magazine Babe  published an account by a woman named “Grace” about a date she had with Ansari in which she describes being sexually assaulted by him. Sadly, that conversation has devolved into some pretty vile arguments about what constitutes sexual assault and what might just be a “bad date.” That in itself is pretty violent and grotesque. But it also seems that conversations about power, assault, Hollywood and fame and consent are now being melded into one conversation when it actually appears that there are multiple conversations to be had.

Unfortunately, what Grace describes happened on her date with Ansari is an experience that is all too common for many women. So, its worth talking about. Does it fit the legal definition of sexual assault? It depends on who you ask. You can read more about implied consent here as written by Daily Kos’s own Rebecca Pilar Buckwalter Poza. It is true that not every traumatic sexual encounter is assault. There is a blurry area between assault and coercion that is ripe for exploration and discussion in our culture. But we do ourselves no good to any conversation when we shame women who feel that they’ve been assaulted. In fact, its downright harmful. There have been way too many people out there justifying this as just miscommunication and rotten dating luck. Those are the same people who are suggesting that Grace had complete agency and autonomy during the entirety of her date because Aziz wasn’t a threat to her career in anyway. There’s been loads of questions (and plenty of flat out victim blaming) about why she didn’t leave his apartment when she became uncomfortable and why she didn’t more forcefully say no.

This is one mindset we should spend some time understanding. This is also where we are conflating lots of conversations. Because this latest iteration of the Me Too movement has largely focused on women in the workplace, some of us have think that when a paycheck isn’t a factor, women have no reason to be intimidated by men or that men can’t exercise power over women. This is reductive, simplistic thinking. It’s also flat out wrong. You’d be hard pressed to find a woman alive who hasn’t felt pressure to say yes to a man—and a large number of those instances happen outside of the bedroom and the boardroom.

Early on, I learned that saying no to men wasn’t really an option. I don’t remember what age it began. It was probably in middle school or high school when boys started showing interest in me. Some of them I liked, most of them I didn’t. But I learned that you were supposed to be polite when someone showed interest in you. Some of these messages were implied. Our culture does a great job at socializing women (especially those of us who aren’t stereotypically pretty) that we should feel flattered when a man gives us the time of day. I watched plenty of movies and TV shows that reinforced these messages. I was also flat out told so.

In seventh grade when Bobby, a boy who I went to middle school with and who lived in the same apartment complex that I did, showed up at my door with a rose, a mix tape he’d made just for me and a letter asking me out, I was not happy. In fact, I was kind of annoyed. We were good friends and I couldn’t figure out why he wanted more. I was also only 12 and not interested in going out with anyone. And I really dislike roses. I closed the door and threw the rose away only to be told by mother that it was “sweet” and I should be nice to him. That was not the first time someone told me I should be pleased at male attention. I’ve had countless experiences well into my adulthood with men who become angry, aggressive and almost violent when I didn’t respond to their advances.

So, what happened? I learned not to say no. When boys (and sometimes grown men) would approach me and ask for my phone number on the street, or in the mall or on the bus riding home from high school, I would give them a fake number. It was easier to do so than to say no. It was also for my own safety. I never knew if someone would follow me home or hurl insults at me or try to harm me physically. Street harassment is a very real experience for women. And I had to learn how to cope. I learned that saying no was rude or, at worst, could get you killed.

It turns out that I wasn’t wrong. In 2016, Janese Talton-Jacksonof Pittsburgh was in a bar when a man asked her out on a date. She said no. Then she left. The man, Charles McKinney, followed her outside and shot her in the chest. She died. She was 29 years old. This is tragic. And it isn’t uncommon. Gender-based violence comes in many forms and it most certainly includes women who are harmed or killed for rejecting men.

I, too, have had an experience in a bar where my safety was threatened by a man. I was in my late twenties and had left my grandparents’ house where I was watching a football game. I decided to stop in my local neighborhood bar for a quick drink and to finish watching the game. I had a conversation with an older man who was at the bar sitting near me. I don’t remember the exact details of the conversation but I do know it was rather ordinary. I paid for my drink and got up to leave. The man insisted that I let him walk me to my car. My car was parked behind the bar in their parking lot which had very little light, lots of trees and was hidden from street view. People who know me well will tell you that, by nature, I’m an incredibly trusting person. But my internal alarm went off at this man’s request. Particularly because I said no multiple times and he kept insisting—as if my no were something to be negotiated. I realized fairly quickly that if I did let him walk me out or if he followed me out, he might try to assault me. He might have even tried to kill me. I also knew that because of where the parking lot was, it was unlikely that anyone would be able to help me if I needed it. So, I decided to wait. I sat at that bar for an extra 45 minutes making small talk with a man that I couldn’t wait to get away from until he got up to go to the bathroom. Then I ran out quickly and made it to my car without him seeing me.

I’ve replayed that night in my head over and over again. And I’ve asked myself all the questions people are likely to ask in that scenario. Why didn’t I ask the bartender or someone else in the bar for help? Why did I even talk to him in the first place? Why was I in a bar by myself? Was my no not forceful enough? And incidentally, I’ve never gone to a bar alone again. But really, all of these questions are irrelevant. I should be allowed to be a woman in the world in any place I choose (including a bar). I should not have to change my behavior because men see interest that isn’t there. I should always have the right to say no—without fear of retribution from men who don’t like my answer.

I’m offering these examples to emphasize that women aren’t always simply free to say no or free to leave a situation when it becomes uncomfortable.  I’m not talking about being physically restrained (although plenty of men use their bodies to intimidate women) but all of the other ways we feel coerced into saying yes—whether it’s in sexual situations or not. None of us truly knows what happened between Grace and Aziz Ansari. But we do know that, according to her account, she said no multiple times and mentioned wanting to slow down and not feel forced. At some point, she says she wasn’t into it. So why are treating “no” as if its something to be bargained? Even if she previously consented. Consent can be withdrawn at any time and listening to a woman’s no should always be heard as “no” and not “maybe.”

Truthfully, this is bigger than Grace and Ansari. This moment offers us an opportunity to examine our behavior and the messages we send to women and men about consent. Women are frequently afraid to assert their right to say no. This is not the result of an individual failing of women so much as it is our socialization into a world that has reinforced that certain kinds of harm (physical or not) can come to us when we do. It has also emphasized that we should always respond positively to a man’s advances, even if we aren’t interested. After all, its supposedly a huge compliment when a man shows interest in you. Women have much work to do to unlearn these terribly harmful messages and the internalized misogyny we’ve been fed our whole lives.

Men definitely have work to do. Men need to learn that rejection is part of life and that you won’t actually die when someone you are interested in isn’t interested in you. Men need to learn that consent isn’t optional and that in every setting (whether it be public transportation, a public space like a bar, the street, or a bedroom) a woman’s no isn’t your opportunity to change her mind. That old notion about the thrill of the chase applies to treasure hunting, not fully formed human beings. Please find other ways of fulfilling your fantasies of possessing things that are hard-to-get. In 2018, this should not be how you are operating in the world. We know far too much and have way too much information at our disposal for you to be operating in ways like this is the 1960s and we are all in Mad Men.

This moment in time is a pivotal one for our society. I believe it is possible for us to make some important shifts in society as this conversation develops. But it will take much work and serious thought and reflection. And it requires us to acknowledge all the ways misogyny and violence against women show up—not just at work and in dating and relationships but also in every day life.