The president says it's been a "tough time" for top aide accused of domestic violence, but has nothing to say about his ex-wives who say they suffered at his hands 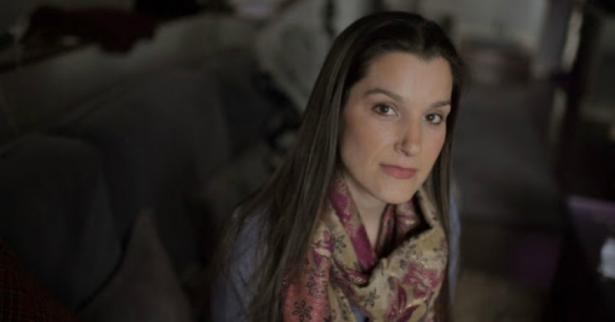 Something was glaringly absent from President Donand Trump's first public remarks about the resignation of White House staff secretary Rob Porter, who stepped down Wednesday after multiple reporters published photos and detailed allegations that Porter abused his two ex-wives.

Several critics pointed out that the president, speaking from the Oval Office on Friday, focused on Porter exclusively while failing to mention the female victims who say they suffered from his abuse. With emphasis added, the president said:

Well, we wish him well. He worked very hard. I found out about it recently and I was surprised by it. But we certainly wish him well. It's a obviously tough time for him. He did a very good job when he was in the White House, and we hope he has a wonderful career, and hopefully he will have a great career ahead of him. But it was very sad when we heard about it, and certainly he's also very sad. Now he also, as you probably know, he says he'sinnocent, and I think you have to remember that. He said very strongly yesterday that he's innocent, so you'll have to talk to him about that, but we absolutely wish him well. He did a very good job while he was at the White House.

Noting that the president "tends to rally around the person being accused," CNN chief political correspondent Dana Bash slammed Trump for his statement.

"The fact that he did not mention one word, one syllable about these two women...the ex-wives, who are talking in great detail about abuse—physical, verbal abuse—is outrageous," Bash declared.

"It is tone deaf to the times. It is tone deaf to the situation," Bash continued, "which is a person who has been in the closest proximity possible to this man alleged to have done some pretty horrible things—and we've seen the pictures, but more importantly we have heard from [both women] about the details of the allegations of physical abuse."

A chorus of critics turned to Twitter to denounce Trump for his remarks: 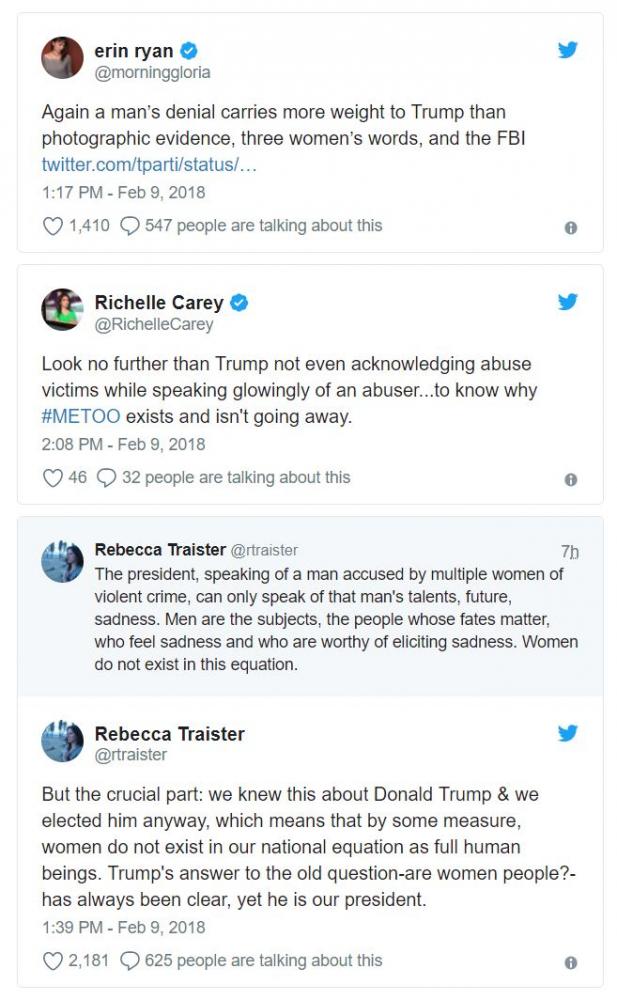 Others pointed to past examples of Trump taking the side of the alleged male abuser over female victims, including his responses to women who have accused the president of "groping, fondling, forcibly kissing, humiliating, and harassing them:"