Following his US fact-finding mission, the United Nations Special Rapporteur on Extreme Poverty and Human Rights concluded extreme poverty in the US “is a political choice made by those in power. With political will, it could readily be eliminated.” 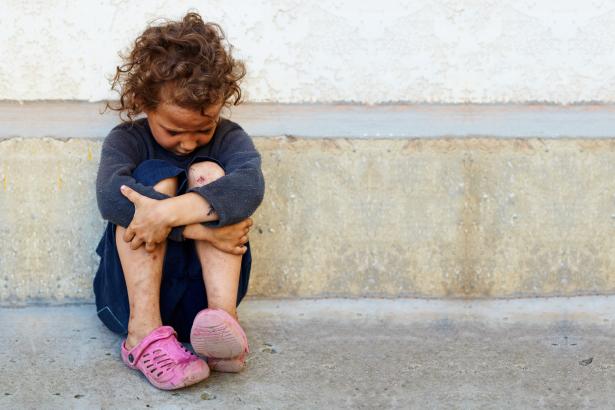 A homeless child in Bend, OR. US child poverty is higher than 15 other high-income countries., KBND Bend, OR

In December last year, United Nations Special Rapporteur on extreme poverty and human rights, Professor Philip Alston, issued a statement on his 15-day fact-finding mission of some of the US’s poorest neighbourhoods.   Alston, author of the quoted phrase in the subtitle above, is an Australian who is professor of law at New York University.  During his mission he visited Alabama, California, West Virginia, Texas, Washington DC, and Puerto Rico.

Alston’s statement on American poverty and inequality has been overlooked by most of the mainstream media.

Alston has a record of consistent impartiality, which makes his statement on American poverty all the more credible.

He was critical of China in his report on that country (the Chinese government later accused him of “meddling” in its judicial system).  He wants Sri Lanka to be investigated for war crimes against its Tamil minority population.  According to The Guardian, Alston also “tore a strip off the Saudi Arabian regime for its treatment of women months before the kingdom legalized their right to drive, denounced the Brazilian government for attacking the poor through austerity, and even excoriated the UN itself for importing cholera to Haiti”.  Alston also reprimanded the World Bank for “playing a double-game” that is “leading a ‘race to the bottom’ on human rights”.

Alston began his statement on the US by saying that “in practice, the United States is alone among developed countries in insisting that while human rights are of fundamental importance, they do not include rights that guard against dying of hunger, dying from a lack of access to affordable healthcare, or growing up in a context of total deprivation. . . at the end of the day, particularly in a rich country like the USA, the persistence of extreme poverty is a political choice made by those in power. With political will, it could readily be eliminated”.

He then said of his visit:

“I met with many people barely surviving on Skid Row in Los Angeles, I witnessed a San Francisco police officer telling a group of homeless people to move on but having no answer when asked where they could move to, I heard how thousands of poor people get minor infraction notices which seem to be intentionally designed to quickly explode into unpayable debt, incarceration, and the replenishment of municipal coffers, I saw sewage filled yards in states where governments don’t consider sanitation facilities to be their responsibility, I saw people who had lost all of their teeth because adult dental care is not covered by the vast majority of programs available to the very poor, I heard about soaring death rates and family and community destruction wrought by prescription and other drug addiction, and I met with people in the South of Puerto Rico living next to a mountain of completely unprotected coal ash which rains down upon them bringing illness, disability and death”.

Asked to compare the US with other countries, Alston provided a cross-section of statistical comparisons worth noting.  (In several cases, I have supplemented Alston’s comparisons with data from other sources.)

Numerous indicators confirm that the US is one of the world’s wealthiest countries.  It spends more on national defense than China, Saudi Arabia, Russia, United Kingdom, India, France, and Japan combined.

US health care expenditures per capita are double the OECD average and much higher than in all other countries. But there are many fewer doctors and hospital beds per person than the OECD average. (The Organization for Economic Cooperation and Development (OECD) has 37 member countries.)

US infant mortality rates in 2013 were the highest in the developed world.

On average, Americans can expect to live shorter and sicker lives, compared to people living in any other wealthy democracies, and the “health gap” between the US and its peer countries continues to grow.

U.S. inequality levels are far higher than those in most European countries.

Neglected tropical diseases, including Zika, are increasingly common in the USA.  It has been estimated that 12 million Americans live with a neglected parasitic infection. A 2017 report documents the prevalence of hookworm in Lowndes County, Alabama.

The US has the highest prevalence of obesity in the developed world.

America has the highest incarceration rate in the world, ahead of Turkmenistan, El Salvador, Cuba, Thailand and the Russian Federation. Its rate is nearly 5 times the OECD average.

The youth poverty rate in the United States is the highest across the OECD with one quarter of youth living in poverty compared to less than 14% across the OECD.

In the OECD, the US ranks 35th out of 37 in terms of poverty and inequality.  According to Alston, 19 million people lived in deep poverty (a total family income that is below one-half of the poverty threshold) in the US as of 2017.

According to the World Income Inequality Database, the US has the highest Gini coefficient (measuring inequality) of all Western countries.

The Stanford Center on Poverty and Inequality characterizes the US as “a clear and constant outlier in the child poverty league”.  According to UNICEF (see above chart), the US has higher child poverty rates than 15 other high-income countries. The American Academy of Pediatricssays that more than half of American babies are at risk for malnourishment.

The US Department of Agriculture Economic Research Service says that in 2016, 38.3% of households with incomes below the Federal poverty line were food insecure.

In fact, on some of these indicators show the US is going backwards (in contrast to other wealthy countries).  According to The Washington Post:

“American life expectancy at birth declined for the second consecutive year in 2016, fueled by a staggering 21 percent rise in the death rate from drug overdoses, the Centers for Disease Control and Prevention reported Thursday.

The United States has not seen two years of declining life expectancy since 1962 and 1963, when influenza caused an inordinate number of deaths”.

Alston attributed much of the above to US policy choices, more specifically, the US’s “illusory emphasis on employment”.

Proposals to slash the already precarious social safety net are touted primarily on the premise that the poor need to get off welfare and back to work (the motivation behind “welfare to workfare”, a process started by Bill Clinton).

The almost laughable premise here is that there are many jobs waiting to be filled by individuals with substandard educations, those with disabilities (many already failed by an inadequate healthcare system), sometimes burdened with a criminal record (perhaps for the crime of homelessness or being unable to pay a traffic ticket), and, moreover, with little or no training or adequate assistance to succeed in a job search.

Attempts to raise the minimum wage, already low by the standards of other developed countries, are regularly forestalled by Republican legislatures.

Alston noted another fallacy underlying this premise, namely, that it assumes that the jobs the poor could get will make them independent of the welfare system.  He says: “I spoke to workers from Walmart and other large stores who could not survive on a full-time wage without also relying on food stamps. It has been estimated that as much as $6 billion dollars go from the SNAP program to support such workers, thus providing a huge virtual subsidy to the relevant corporations”.

The abolition of food stamps is on the Republican agenda.  It is noteworthy that the location with residents most reliant on food stamps is Owsley County, Kentucky, which is 99.22% white, according to the US Census, and 95% Republican, and where at least at least 52% of its residents received food stamps in 2011.

Anyone would think that Americans accept, somewhat stoically, the above situation because as a trade-off it somehow boosts the US economy by delivering sound economic “fundamentals”.

Alas most of these “fundamentals” — trade balance, government debt (soon to be deepened by Trump’s reckless tax cuts for the rich), household debt, budget deficit, a negative savings rate, a relatively weak dollar, poor investment and productivity since 2008, etc.– are hardly reassuring where the US is concerned.

It doesn’t take an economic genius to know that what rescues the US is the dollar’s role as the primary global reserve currency, and the vast size of its economy.  A huge and rampant stock market helps, but since that contributes significantly to cycles of boom and bust (87, 97, 2007, ??), its contribution to the overall economy should not be overestimated.  In objective economic terms, therefore, with a smaller overall economy and without a global reserve currency, the US would in all probability be more like Brazil.

After making his statement on the US, Alston gave an interview on the Amy Goodman radio show, at the time when the Republicans published their tax-cut bill which is now law.  To quote him:

“[T]he issue with elimination of poverty always is around resources: ‘We don’t have the money.’ The United States, again, uniquely, has the money. It could eliminate poverty overnight, if it wanted to. What we’re seeing now is the classic — it’s a political choice. Where do you want to put your money? Into the very rich or into creating a decent society, which will actually be economically more productive than just giving the money to those who already have a lot?”.

It is impossible to disagree with Philip Alston when he says that this state of affairs has resulted from political choice and not economic necessity.

Apart from his plutocratic supporters (the Kochs, Papa John the pizza man, Sheldon Adelson, Art Pope, Robert Mercer, Robert Kraft, the DeVos wife and husband, and of course the army of their hangers-on and wannabes in Republican country clubs), Trump’s base consists of moderately or less well-off whites who’ve had the show all to themselves for many decades–  this making their own systemic exploitation somewhat bearable– but who now have to share this show with blacks and Latinos, Muslim Americans, “the gays” (as the near-senile televangelist Pat Robertson refers to this community), as well as a small quota of refugees from America’s unceasing wars and bombing campaigns, and so forth.

As other CounterPunchers have noted, “Make America Great Again” is code aimed at this group of white self-professed “victims”— thanks to Trump’s declamations the latter somehow believe they are more likely to have the show to themselves once again.

Supporting the very affluent wearer of a baseball cap (made in the US but from imported fabrics) sporting this slogan, is always a political choice, as is the preference of the plutocracy to line its already ample pockets by donating massively to the cap-wearing con artist:  “con artist” being the appellation used by his fellow Republican plutocrats Michael Bloomberg and Mitt Romney, who have political ambitions of their own not entirely congruent with Trump’s white-nationalist agenda, however incoherent the latter may be.

Trump, Romney, or Bloomberg?  Whichever one gets ahead politically; the plutocracy will prevail.  As it did with Bill Clinton and Obama.

Also a political choice in this context is the preference of mainstream Schumer and Pelosi Democrats to make congressional shadow-boxing a pitiful facsimile of real opposition.

And so, a great many Americans have before them an option expressed by a well-known philosopher, if only they opened their eyes: “You have nothing to lose but your chains”.

Illusions aside, the liberation of poorer Americans, ostensibly an immense distance away, is therefore still close enough to touch.