Book Review: No Way But This: In Search of Paul Robeson. By Jeff Sparrow. Melbourne: Scribe (US: Cursor Marketing), 2018. 304pp, $19.95, paperback. Why, 42 years after the death of the multi-talented Robeson, is author Jeff Sparrow still “in search” of him? In part, no doubt, because in the United States, Robeson did not “disappear” so much as he was “disappeared” during the “red scare” of the 1950s. Banned from the public eye and ear in the United States, save to small groups of “red-diaper babies” and old-timers, he was also refused the right to renew his U.S. 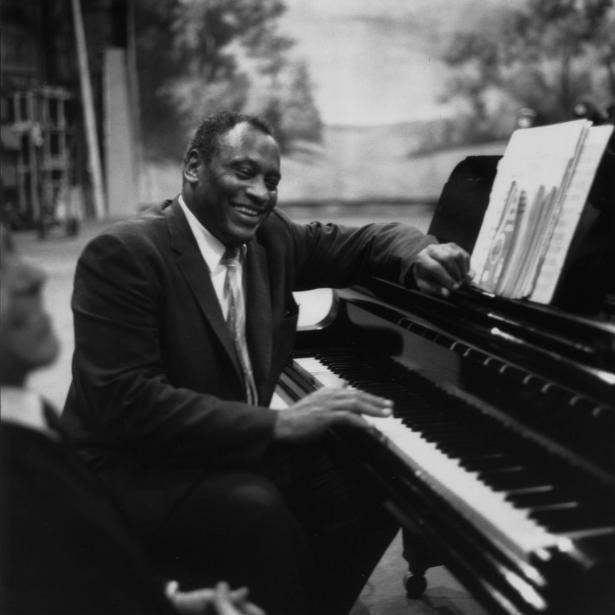 Much like C.L.R. James, the heterodox Pan African Marxist who inspired sections of the New Left (including my own), Paul Robeson is now the object of a rapidly expanding scholarship and commentary. These two historical giants, destined to be known across the world, actually collaborated in a 1930s London stage production about Toussaint L’Ouverture, leader of the Haitian revolution, the only known successful slave revolt. These heirs to L’Ouverture presaged the end of centuries of oppressive colonial and post-colonial domination, as the descendants of the original inhabitants would liberate their native lands after the Second World War. In the process, the masses would prove, as well, that the struggle for their own freedom was a vital struggle for civilization at large. An insight not pursued in much recent scholarship is that Robeson and James also validated the cultures of black spirituality, including crucial elements of Christian folklore in the saga of struggle.

Why, 42 years after the death of the multi-talented Robeson, is author Jeff Sparrow still “in search” of him? In part, no doubt, because in the United States, Robeson did not “disappear” so much as he was “disappeared” during the “red scare” of the 1950s. Banned from the public eye and ear in the United States, save to small groups of “red-diaper babies” and old-timers, he was also refused the right to renew his U.S. passport for engagements abroad.

A journalist and sincere searcher, but no scholar, Sparrow travels across from his native Australia to Russia, Britain and the United States, seeking traces of the Robeson legend. His impressionistic method touches chords of half-forgotten memories; events; engagements; and, above all, a prevailing sense of loss. He cannot seem to come to terms with the tangled role of religion that the son of a minister, sometime teenage replacement for his father as pastor, and, most important, a singer of spirituals would carry through a many-sided career. He has little apparent awareness of the issues around the growing scholarship on the even more tangled role of the black left within the larger left, particularly in the United States.

These twin problems or limitations cloud the picture, because in the repressive 1950s Robeson, a college football star and Columbia University-trained lawyer who rose to global fame as a concert singer and actor, came to represent the liberatory hopes of the nonwhite world (particularly Africa and the Caribbean). For white, working-class, left-inclined audiences in Britain and Ireland, Robeson took on the stature of a veritable black god, abused in his own land but more than welcome in theirs. Listeners everywhere “heard” the sorrows and struggles of nonwhites but also of their own historic cultures through spirituals and folk songs, which Robeson often sang in their original languages, from Gaelic to Yiddish to Russian.

Sparrow stumbles, as have others, over Robeson’s unfailing loyalty to the Soviet Union. The evidence is abundant and painful to read, but there is something more to say. For Robeson and his admirers—including younger generation figures such as Harry Belafonte, Ossie Davis, and Ruby Dee, who all took part in Freedomways magazine and honored Robeson in banquets during his last years—the Communist Party’s Popular Front had presented an interracial and global coalition whose loss left a vacuum. Long after the Soviet governments that made Robeson a symbol of anti-imperialism had collapsed, longer still since the glory days of the New Deal and the War Against Fascism, the sense of defeat, the grimness of the twentieth-century disappointment remains, and here Sparrow conveys the sense of loss.

Only recently, with scientific analysis of traumatic brain injury in football players, has another part of Robeson’s tragedy become clear. It is unlikely that Robeson was, as his son believed, slipped LSD. Nor can Robeson’s late life depressions, and at least one suicide attempt, likely be attributed to disillusionment with the Soviet Union (a natural and inevitable liberal trope that Sparrow adopts). Young Robeson had smashed heads with other football players through high school, college, and a year or so in the pro football of the 1920s. We cannot know for sure, but the symptoms fit the syndrome far better than the alternative explanations.

Robeson is too large—both in the popular and black culture of the United States and abroad—to be fitted into any box, and any biographer is destined to remain “in search of” him. It is perhaps enough to remember that the Robeson of spirituals and workers’ songs was also the Robeson of Yiddish lyrics that reached younger and older generations of Jews, reminding them of their origins. This, and so much else, has eluded all the biographies so far. But how many of the biographers would be reading Yiddish source material?

Sparrow has made a worthy effort, joining other recent work, including Jordan Goodman’s Paul Robeson: A Watched Man, and Gerald Horne’s Paul Robeson: the Artist as Revolutionary. Each is worth reading. None can be definitive. Every reader of this review is urged to look up Paul Robeson on YouTube and spend a while just listening. Feel the power in the spirituals, but also the spiritual power in “I Dreamed I Saw Joe Hill Last Night,” and you will get the point.