Who Was Marjory Stoneman Douglas?

The namesake of the high school where 17 people were killed was a remarkable progressive activist—much like the students now demanding real gun control. 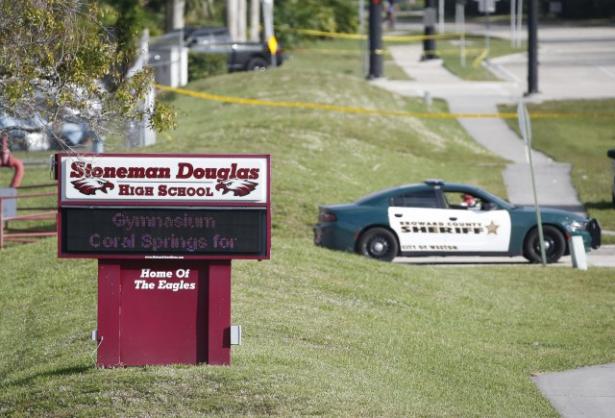 There’s nothing on the Parkland, Florida, Marjory Stoneman Douglas High School website about the woman whose name adorns the school, so its students may not realize that in rising from last week’s tragedy to speak truth to power, they are following in Douglas’s activist footsteps.

Douglas would certainly see a bit of herself in Emma Gonzalez, the poised and eloquent young woman whose speech electrified her classmates, teachers, parents, and the whole country at a Fort Lauderdale rally on Saturday, only days after a gunman entered her school and killed 17 people.

“If the president wants to come up to me and tell me to my face that it was a terrible tragedy and how it should never have happened and maintain telling us how nothing is going to be done about it,” said the 18-year-old senior, “I'm going to happily ask him how much money he received from the National Rifle Association.”

Douglas, who challenged the political and business establishment of her day, would be proud of the students’ courageous efforts to galvanize a movement for gun control, which now includes a nationwide walkout by students and teachers scheduled for April 20.

Douglas was a journalist, writer, feminist, environmentalist, and progressive activist, best known for her staunch defense of the Everglades against efforts to drain it and reclaim land for development.

Born in Minneapolis in 1890, Douglas attended Wellesley College, where she earned straight A’s and was elected “Class Orator,” graduating in 1912. It was at Wellesley that she first got involved in the women's suffrage movement.

In 1915 she moved to Miami to work for The Miami Herald, which was owned by her father. The next year she joined the American Red Cross in Europe in the midst of World War I. She spent much of her time writing articles for the Associated Press from France, Italy and the Balkans. When the war ended, she remained in Paris to care for displaced war refugees. That experience, she later wrote in her autobiography, “helped me understand the plight of refugees in Miami 60 years later.”

Returning to Miami in 1917, Douglas continued working at the Herald, and jumped into the struggle for women’s rights. That year she traveled to Tallahassee with three other women to campaign for the women's suffrage amendment before Florida state legislators.

“We had to speak to a committee of the House, which we did,” she recalled in a 1983 interview. “It was a big room with men sitting around two walls of it with spittoons between every two or three. And we had on our best clothes and we spoke, as we felt, eloquently, about women's suffrage and it was like speaking to blank walls. All they did was spit in the spittoons. They didn't pay any attention to us at all.”

(Although the 19th Amendment to the U.S. Constitution, giving women the vote, was adopted in 1920, Florida did not officially ratify it until 1969.)

Post-World War I Miami was still a small Southern city, governed by Jim Crow laws, with fewer than 20,000 residents. Many Miami police officers were members of the Ku Klux Klan, which was gaining momentum. One night Douglas was driving back from the beach with her father when they came upon the KKK preparing to march in their masks and sheets.

“A masked man on horseback rode up in front of my father and said, ‘this street is closed,’ and my father said  ‘Get out of my way!’ and drove right straight ahead, through them and scattering them and everything; they couldn’t stop him,” she recalled years later. “We were all yelling and screaming in defiance, we were so mad.”

Despite his liberal sympathies, Douglas’s father initially relegated her to writing for the paper’s “society” page, covering weddings, tea parties, and other so-called “women’s issues.” She rebelled, insisting on covering more hard-hitting topics, and was soon writing editorials, columns, and articles that expressed her concern for civil rights, better sanitation, women's suffrage, and responsible urban planning. In 1923, she wrote a ballad lamenting the death of a 22-year-old vagrant who was beaten to death in a labor camp, titled “Martin Tabert of North Dakota is Walking Florida Now,” that was printed in the Herald and read aloud during a session of the Florida Legislature, which passed a law banning convict leasing, in large part due to her writing.

“There would most likely be no Everglades wilderness without her,” the Times noted.

After leaving the Herald to become a freelance writer in 1923, she published more than 100 short stories and nonfiction articles in the Saturday Evening Post and other popular magazines, as well as several novels and a number of books on environmental topics. Her most influential work, the 1947 bestseller The Everglades: River of Grass, “changed forever the way Americans look at wetlands,” according to her New York Times obituary. The book transformed popular views of the Everglades from a worthless swamp to a treasured river. Many environmentalists have compared it to Rachel Carson's influential book Silent Spring, published 15 years later. “There would most likely be no Everglades wilderness without her,” the Times noted.

In 1941, Douglas wrote the foreword to the Work Projects Administration's guide to the Miami area, part of the New Deal’s controversial Depression-era Federal Writers’ Project American Guide series, designed both to provide jobs for out-of-work writers and to compile detailed histories and descriptions of the nation’s cities, regions, and cultures. Douglas served as the Miami Herald’s book review editor from 1942 to 1949 and as editor for the University of Miami Press from 1960 to 1963.

According to a profile of Douglas on the National Park Service website:

In the 1950s, the U.S. Army Corps of Engineers rose to the top of her list of enemies. In a major construction program, a complex system of canals, levees, dams, and pump stations was built to provide protection from seasonal flooding to former marsh land—now being used for agriculture and real estate development. Long before scientists became alarmed about the effects on the natural ecosystems of south Florida, Mrs. Douglas was railing at officials for destroying wetlands, eliminating sheetflow of water, and upsetting the natural cycles upon which the entire system depends.

To do battle with the Army Corps of Engineers and others, in 1969, at the age of 79, Douglas founded Friends of the Everglades. One of its first campaigns was to protest the construction of a jetport in the Big Cypress portion of the Everglades. President Richard Nixon scrapped funding for the project due to the efforts of Douglas and her environmentalist colleagues.

She continued to work to preserve the Everglades for the rest of her life. Her tireless activism earned her the nickname “Grande Dame of the Everglades” as well as the hostility of agricultural and business interests looking to benefit from land development in Florida.

In 1948, angered by the fact that many black residents of Coconut Grove, the racially segregated section of Miami, had no running water or sewers, Douglas led a successful campaign to pass a law requiring all Miami homes to have toilets and bathtubs. She also set up a loan operation for the black residents of Coconut Grove to borrow money interest-free to pay for plumbing work.

Douglas was a charter member of the South's first American Civil Liberties Union chapter in the 1950s. In the 1970s she campaigned for the Equal Rights Amendment, urging the state legislature to ratify it. In 1974 she cofounded the Friends of the Miami-Dade Public Libraries and served as its first president. In the 1980s Douglas lent her support to the Florida Rural Legal Services, a group that worked to protect migrant farm workers, especially those employed by the sugar cane industry near Lake Okeechobee.

In 1985 Douglas campaigned to get the Dade County School Board to provide a building for the Biscayne Nature Center. Six years later, the Florida Department of Education endowed $1.8 million for the Marjory Stoneman Douglas Biscayne Nature Center in Crandon Park. The headquarters of the Florida Department of Environmental Protection in Tallahassee is called the Marjory Stoneman Douglas Building.

Broward County named its new high school for the 100-year-old Douglas in 1990. Among many awards, she received the Presidential Medal of Freedom from President Bill Clinton in 1993. She died at age 108 in 1998.

Several books—including An Everglades Providence: Marjory Stoneman Douglas and the American Environmental Century by Jack Davis (2009), The Swamp: The Everglades, Florida, and the Politics of Paradise by Michael Grunwald (2006), and her autobiography, Marjory Stoneman Douglas: Voice of the River, written with John Rothchild (1987)—tell the story of this remarkable fighter for social and environmental justice.

“Be a nuisance where it counts,” Douglas once said. “Do your part to inform and stimulate the public to join your action. Be depressed, discouraged, and disappointed at failure and the disheartening effects of ignorance, greed, corruption and bad politics—but never give up.”

The students at Douglas High may not know it, but in translating their anguish into activism, they are carrying on in the tradition of their school’s namesake.