Government Spying on Immigrants in America is Now Fair Game. What Next? 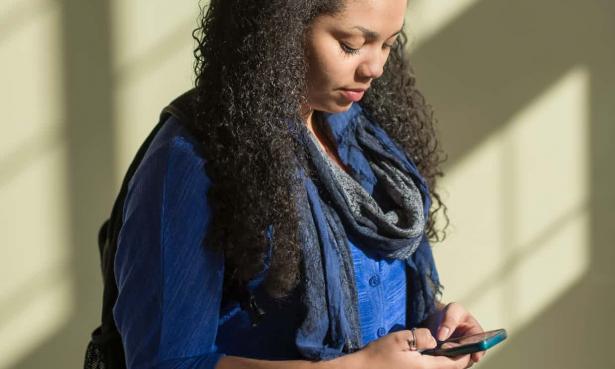 Earlier last week, the existence of a draft Department of Homeland Security (DHS) report came to light, which calls for long-term surveillance of Sunni Muslim immigrants.

Internal documents obtained from the FBI and DHS last year also showed how the agencies are surveilling the Movement for Black Lives, bringing into mind tactics of Cointelpro, an FBI program which secretly and illegally conducted surveillance on the civil rights movement in order to disrupt Americans’ ability to organize politically.

But these are not the only types of surveillance this administration is engaged in.

On 18 October, DHS implemented a new rule to track the internet activity of all visa applicants, visa holders and legal permanent residents. The rule would also apply to naturalized US citizens.

The new rule would track and store social media account information and other highly sensitive data as part of individuals’ immigration files. The policy would allow DHS to collect and track immigrants’ social media accounts handles as well as aliases, and search results from both public search engines as well as commercial databases. This kind of mass surveillance overwhelmingly impacts the dignity and fairness extended to American immigrants, more so than other Americans.

As an outspoken naturalized citizen who routinely takes public positions on government policy, I find the rule highly problematic. To me, it seems like it was designed with the specific purpose of hampering our freedom of speech, in line with the Trump administration’s other chilling tactics of attacks on the press and crackdowns on protesters who do not fall in line with the policies of this administration.

Do I now, every time I want to post to social media, have to censor myself with the full knowledge that Big Brother is watching?

This rule is in clear violation of the constitution, specifically running afoul of the first amendment, negatively impacting our free speech and free association rights. This means that as immigrants, we are forced to have second thoughts before freely posting our political views to social media, especially if they are in opposition to government policies. In a country that values its democracy, how can we allow for programs like this to exist?

This is not the first time that immigrants, Muslim Americans and communities of color have been subjected to government spying. Surveillance of our communities has been going on for a very long time, impacting us more than other Americans.

The NSLs do not require judicial approval; therefore no check is in place on how the FBI gathers and uses personal information. From 2003 until 2005, the FBI issued 143,074 NSLs, from which there were only 53 reported criminal referrals to prosecutors. The act also allows for “Sneak and Peek” searches in peoples’ homes or offices.

These broad surveillance tactics have a direct impact on our communities. Multiple social justice organizations have expressed concern that the government could be using the Patriot Act to target their members for investigation, and have stated that this has inhibited the religious and political expression of their members.

The attorney general guidelines in 2008 also authorized “domain management assessments” which allow the FBI to map out communities across America by race and ethnicity, using crude stereotypes to hypothesize about the crimes they are believed to be likely to commit.

This covert surveillance, now culminating in overt spying on immigrants, is designed as a tactic to control and fracture dissent. It is meant to keep immigrants’ political activity in check and to keep us from feeling like full members of society. The message this new rule sends to American immigrants, and specifically naturalized citizens, is that we are not entitled to the full exercise of our first amendment rights as native-born citizens are. The government will be watching us closely and if it determines that we have crossed the line in any way, it will find some way of coming after us.

For many of us, this is eerily reminiscent of what we were facing in countries where we immigrated from: systematic surveillance, retribution for political speech, self-censorship. These tactics of repression are what we may have thought we left behind when we arrived in the US.

In response to such egregious spying and regulations meant to chill our freedom of speech, we immigrants should not self-censor or hold back on freely expressing our political opinions. If we were to do that, we would hand this administration which is intent on violating our rights a clear victory, dealing a huge blow to the first amendment and other constitutional protections.

[Azadeh Shahshahani is a human rights attorney based in Atlanta. She is Legal & Advocacy Director with Project South and a past president of the National Lawyers Guild.]