books “Up to Their Necks in Fuel”: On Patricia Smith’s Incendiary Art

This poet and this book have just won the $100,000 Kingsley Tufts Poetry Award based at Claremont Graduate University. The prize is given to a mid-career poet, and is one of the top literary prizes given in the United States. It is a significant testament to the power of Smith's work. This review shows wide-ranging and powerful art that Patricia Smith practices. 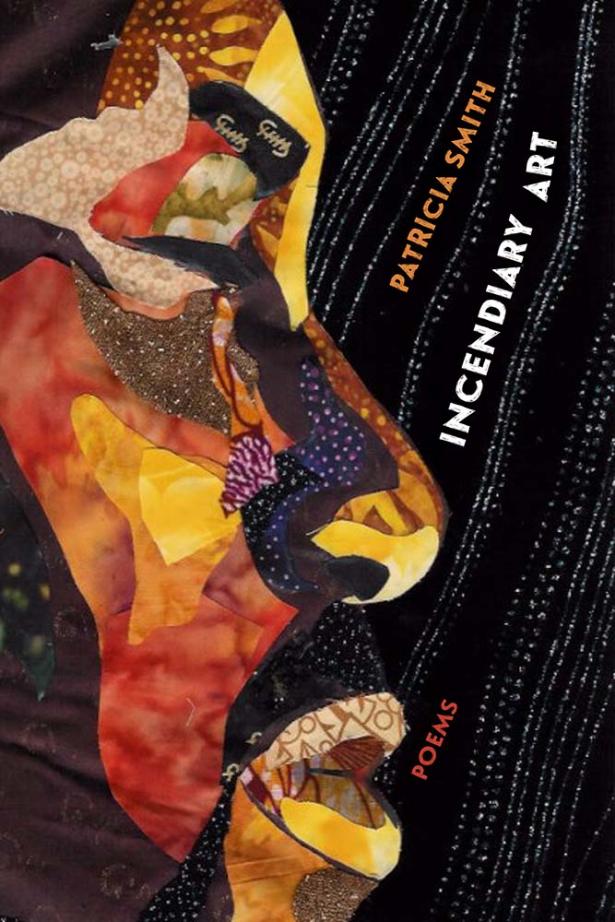 Patricia Smith’s new book of poems is, as advertised, combustible, its stanzas overcrowded with detail—adjectives mostly—like rooms that would never pass the inspection of a fire marshal if anyone cared enough to come and look (and yet the clutter insistent, jagged, vibrant even, like the stores that feature in the opening stanzas of this poem). It’s a book of violence, outrage, grief, despair, a book about racism, that generalization we never stop packing with the lives that we destroy. It’s a book of terrible beauty, opulent brutality, immersed in the contradictions that kindle in and around and in reaction to black lives and deaths. At 125 pages it is, like most books of poetry that long, incapable of always living up to its own (in this case high) standards throughout. It’s also, for so long a book, improbably dense, as if Smith were trying to get all of black life that violence has ripped open—including, by the end of the book, her own—registered in one place.

Smith is particularly concerned with the ways in which the violence and devastation of racism gets passed on in black families (from parent to child) and passed back (to parents whose children are killed). She starts the book with a picture of Emmett Till, to whom she will return intermittently throughout in “Choose Your Own Adventure” poems that let the menace flood through every alternative version of Till’s life. In that opening poem, Smith presents him as a menace for other black children, a photo—of his body in the open casket—that parents used to keep their kids in line and alive. (A sad irony, given that Till’s mother insisted on the open casket in order to make whites see just how destructive their racism was.) In Smith’s treatment, both the photo and its deployment are universal aspects of black childhood in the era of her youth, and as in so many of Smith’s universals, the telling is crammed with particulars. In one instance, the photo’s “smudged and eaten sheer // with the pass around.” In the next:

In the kitchen, it was blurred with stew smoke
or pot liquor—blotched until somebody got smart enough to scotch-tape

it to door of the humming fridge, and the boy without eyes kept staring.
Mamas did the slow fold before wedging it into the flowered plastic

coin purses, daddies found a sacred place the pleather wallets right next
to the thought of cash.

The lines are as lonely as they are dense, the shared experience of being isolated outside not only parents’ fear but also the way that fear could turn into power elsewhere absent, the way it wipes the actual children away. The poem ends with the realization that “you” weren’t pictured anywhere in the house.

Smith often turns her imagination to the dead, the destroyed, investing intense beauty in lurid descriptions of flesh ripped open and apart or, at least as often, burned. Even sex, in a “Choose Your Own Adventure” spoken by Hedy Lamarr, imagining that the two were actually a couple, has a kind of strutting violence:

I wrapped my pouting smoke around his heft
and crushed. The aim of our illicit burn
was sin, my purpose was the blatant theft
of everything that rendered him a child.
In shadowed rooms my famous tongue was all
the blessing he could stand. I drove him wild,
I sucked him dry. . . .

Smith pitches Lamarr’s proud conquest, set in a loud, careening meter, against the presumed power of his blackness. “Beneath my writhing sway, his color drained,” she boasts. But such deliberate virtuosity, composed in part by its courtship of excess, is equally present in most of these poems, as Smith relentlessly stokes broken bodies into flame.

The book’s title—also the title of seven separate poems within it—serves in part as a reminder of just how unstably metaphors live in the rub of human lives. One of the title poems, this one responding to the 1985 police bombing of MOVE headquarters in Philadelphia, presents scorched bodies in multiple terms: “Veering as bluing lesson through veins of boulevard, / a strident heat eclipsed the struggling breath.” “. . . babies twirled and leapt in the wildfire’s / lemony core and cinders snapped. . . .”

In another of the title poems, Smith writes, “A city, strapped for art, / delights in torching them.” It’s a grim indictment, rooted deep enough that it has no parameters; it could (perhaps should) be an indictment of anyone, maybe even its own gruesome depictions. All that’s clear is that art stands as the sole alternative—except that even that, in action, feels messier, uglier, even in its beauty, than the miracle-cure it might otherwise seem to be. The poem ends with a response to those who sneer at the black neighborhoods that consume themselves in anger and despair after the latest reminder that the lives they contain can be destroyed at no cost:

Our sons don’t burn their cities as a rule,
born, as they are, up to their necks in fuel.

In a subsequent poem focused on Rodney King, in which the second line from the couplet above repeats almost word-for-word, Smith writes of “your ragged floodlit flail and swell, bulge of bone, the scar of / obedient art.” There’s an irony to the phrase “obedient art,” but it’s not possible to completely separate it from the work Smith does in making brutality sing and summon. In another poem, she intersperses the particulars of an autopsy report, including, in a possible allusion to Kenneth Goldsmith’s attempt to use the autopsy of Michael Brown as art, the sentence “The external genitalia present descended testicles and an unremarkable penis.” She responds in her own voice: “Once, a buyer would gingerly heft the penis of a potential purchase, foraging for heft, for hints of tree trunk, for a commercial cotton foreskin, for its ability to spew a slick black seed.”

Art, in these poems, doesn’t seem like an answer to violence, an antidote to racism, an alternative to destruction. Rather, it seems like a necessity, and that necessity an obligation to tangle in obliteration, to create beauty and record despair in the same terms—outrage, the ongoing devastation, the images of bodies like the photo of Emmett Till in the book’s first poem—that will also carry violence (along with the knowledge of violence) further into the world.

In a book crowded with so much life and death, the feeling of insufficiency is never far behind. It’s hard to imagine art changing anything the book describes—hard to imagine it forestalling the next of these murders or undermining the state’s ability to explain away the next all-too-explainable killing of someone young and brown—but that impossibility makes these poems more compelling, the need to turn all this fuel into something other than actual flame more acute, to have something more than violence (to have these poems, which transfigure violence into a sharper image of itself) to hand on.

Jonathan Farmer is the editor in chief and poetry editor of At Length; a co-host of the poetry podcast "All Up in Your Ears"; and Critic at Large for the Kenyon Review. He has written about poetry for publications that include Slate.com, Literary Hub, Los Angeles Review of Books, and the Poetry Foundation. He teaches middle and high school English and lives in Durham, NC.