“History,” Winston Churchill said, “will be kind to me, for I intend to write it myself.” He needn’t have bothered. He was one of the great mass murderers of the 20th century, yet is the only one, unlike Hitler and Stalin, to have escaped historical odium in the West. 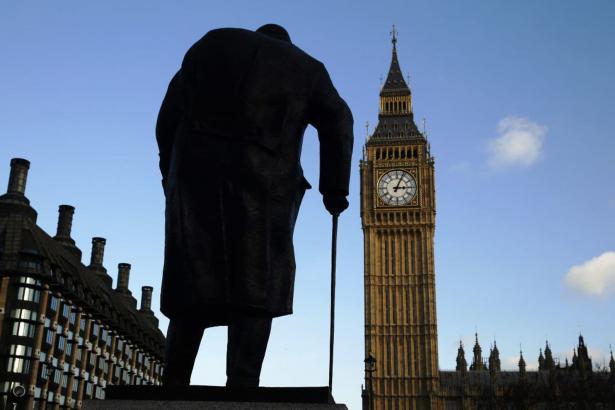 A statue of former British prime minister Winston Churchill is silhouetted in front of the Houses of Parliament in London in 2015., Luke MacGregor/Reuters

“History,” Winston Churchill said, “will be kind to me, for I intend to write it myself.” He needn’t have bothered. He was one of the great mass murderers of the 20th century, yet is the only one, unlike Hitler and Stalin, to have escaped historical odium in the West. He has been crowned with a Nobel Prize (for literature, no less), and now, an actor portraying him (Gary Oldman) has been awarded an Oscar.

As Hollywood confirms, Churchill’s reputation (as what Harold Evans has called “the British Lionheart on the ramparts of civilization”) rests almost entirely on his stirring rhetoric and his talent for a fine phrase during World War II. “We shall not flag nor fail. We shall go on to the end. … We shall fight on the beaches, we shall fight on the landing grounds, we shall fight in the fields and in the streets. … We shall never surrender.” (The revisionist British historian John Charmley dismissed this as “sublime nonsense.”)

Words, in the end, are all that Churchill admirers can point to. His actions are another matter altogether.

During World War II, Churchill declared himself in favor of “terror bombing.” He wrote that he wanted “absolutely devastating, exterminating attacks by very heavy bombers.” Horrors such as the firebombing of Dresden were the result.

In the fight for Irish independence, Churchill, in his capacity as secretary of state for war and air, was one of the few British officials in favor of bombing Irish protesters, suggesting in 1920 that airplanes should use “machine-gun fire or bombs” to scatter them.

Dealing with unrest in Mesopotamia in 1921, as secretary of state for the colonies, Churchill acted as a war criminal: “I am strongly in favour of using poisoned gas against the uncivilised tribes; it would spread a lively terror.” He ordered large-scale bombing of Mesopotamia, with an entire village wiped out in 45 minutes.

In Afghanistan, Churchill declared that the Pashtuns “needed to recognise the superiority of [the British] race” and that “all who resist will be killed without quarter.” He wrote: “We proceeded systematically, village by village, and we destroyed the houses, filled up the wells, blew down the towers, cut down the great shady trees, burned the crops and broke the reservoirs in punitive devastation. … Every tribesman caught was speared or cut down at once.”

In Kenya, Churchill either directed or was complicit in policies involving the forced relocation of local people from the fertile highlands to make way for white colonial settlers and the forcing of more than 150,000 people into concentration camps. Rape, castration, lit cigarettes on tender spots, and electric shocks were all used by the British authorities to torture Kenyans under Churchill’s rule.

But the principal victims of Winston Churchill were the Indians — “a beastly people with a beastly religion,” as he charmingly called them. He wanted to use chemical weapons in India but was shot down by his cabinet colleagues, whom he criticized for their “squeamishness,” declaring that “the objections of the India Office to the use of gas against natives are unreasonable.”

Churchill’s beatification as an apostle of freedom seems all the more preposterous given his 1941 declaration that the Atlantic Charter’s principles would not apply to India and the colored colonies. He refused to see people of color as entitled to the same rights as himself. “Gandhi-ism and all it stands for,” he declared, “will, sooner or later, have to be grappled with and finally crushed.”

In such matters, Churchill was the most reactionary of Englishmen, with views so extreme they cannot be excused as being reflective of their times. Even his own secretary of state for India, Leopold Amery, confessed that he could see very little difference between Churchill’s attitude and Adolf Hitler’s.

Thanks to Churchill, some 4 million Bengalis starved to death in a 1943 famine. Churchill ordered the diversion of food from starving Indian civilians to well-supplied British soldiers and even to top up European stockpiles in Greece and elsewhere. When reminded of the suffering of his Indian victims, his response was that the famine was their own fault, he said, for “breeding like rabbits.”

Madhusree Mukerjee’s searing account of Churchill’s role in the Bengal famine, “Churchill’s Secret War,” documents that while Indians starved, prices for foodgrains were inflated by British purchases and India’s own surplus grains were exported, while Australian ships laden with wheat were not allowed to unload their cargo at Calcutta (where the bodies of those who had died of starvation littered the streets). Instead, Churchill ordered that grain be shipped to storage depots in the Mediterranean and the Balkans to increase the buffer stocks for a possible future invasion of Greece and Yugoslavia. European warehouses filled up as Bengalis died.

This week’s Oscar rewards yet another hagiography of this odious man. To the Iraqis whom Churchill advocated gassing, the Greek protesters on the streets of Athens who were mowed down on Churchill’s orders in 1944, sundry Pashtuns and Irish, as well as to Indians like myself, it will always be a mystery why a few bombastic speeches have been enough to wash the bloodstains off Churchill’s racist hands.

Many of us will remember Churchill as a war criminal and an enemy of decency and humanity, a blinkered imperialist untroubled by the oppression of non-white peoples. Ultimately, his great failure — his long darkest hour — was his constant effort to deny us freedom.

Shashi Tharoor is author of “Inglorious Empire: What the British Did to India.” He chairs the Indian Parliament’s Foreign Affairs Committee.