The British miniseries Collateral, which premiered on Netflix last Friday after an initial run on BBC Two last month, is to a post-Brexit United Kingdom what recent seasons of American Horror Story: Cult, American Crime, and even Broad City are to a post-Trump United States. 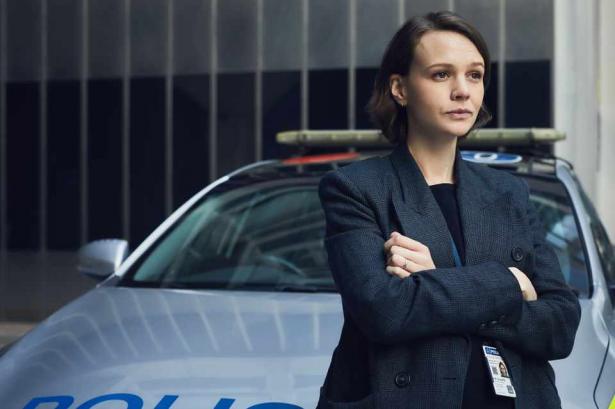 The noise of U.S. politics is sometimes so deafening that our own national reality show upstages the rest of the world. While many Americans keep up with the broad strokes of whatever’s happening overseas, we’re not as thoroughly immersed in those events’ ups and downs as we are in our own president’s live-tweeted mood swings. Beyond soothing accents and a refreshing change of scenery, one of international entertainment’s chief selling points is its ability to make other countries’ problems felt as well as known. Foreign shows may require more context clues to deduce the anxieties they’re working through, but the best provide tangible proof that other parts of the globe are, indeed, anxious—and working through that agita with rich, empathetic, multilayered drama.

The British miniseries Collateral, which premiered on Netflix last Friday after an initial run on BBC Two last month, is to a post-Brexit United Kingdom what recent seasons of American Horror Story: Cult, American Crime, and even Broad City are to a post-Trump United States. Over four compact, fast-moving episodes, the first TV series from playwright and screenwriter David Hare (The Hours, The Reader) takes on themes familiar to anyone who’s been reading the news, regardless of their nation of origin. Like a supersized procedural episode, Collateral’s plot isn’t ripped from the headlines, but it easily could have been: When a South London pizza delivery man is gunned down in the street, his death becomes an unlikely flash point for debates surrounding immigration, xenophobia, capitalism, and humanitarian obligation. Collateral filters these issues through a uniquely British lens, creating the uncanny sensation of observing a political system and its failures that’s like the American system, but not of it.

Collateral is still first and foremost a detective show, and before it can delve into knotty questions of citizenship and international relations, Hare delivers a detective to serve as a guide through the British capital’s shady underground of human traffickers and murderers for hire. Fresh off fellow Netflix production Mudbound,Carey Mulligan is by far the biggest name in an ensemble composed largely of journeymen actors. (Mulligan previously collaborated with Hare in 2015 on a Broadway revival of his play Skylight, which earned her a Tony nomination.) She plays Kip Glaspie, a pregnant detective happily married to a primary school teacher who nonetheless throws herself into her work with a chilly sobriety. She’s a perfect splice of Marge Gunderson and Robin Griffin: not a novel character, but an effective one, with an air of no-bullshit competence we haven’t seen from Mulligan’s other characters.

What Kip finds when she begins her investigation is an interwoven network of relationships both personal and transactional. The recipient of Abdullah Asif’s final pizza delivery is single mother Karen (Billie Piper), who used to be married to member of Parliament David Mars (John Simm), who sponsored a student visa for Linh (Kae Alexander), who’s in a relationship with lesbian priest Jane (Nicola Walker). In a story whose realism is crucial to its impact and otherwise consistent, these constantly reinforced connections stand out for their obvious narrative convenience: Linh just so happens to witness Abdullah’s murder, meaning a prominent politician is doubly tied to an anonymous young immigrant; Abdullah’s former employer, stricken with guilt, just so happens to look for solace at Jane’s church. London is a massive city, but Collateral’s version of it feels like the size of a studio soundstage. Then again, these engineered encounters work directly in service of Collateral’s refreshing brevity, one of the built-in British traits American TV could stand to copy. Rather than spend precious hours grouping its leads together, Collateral can jump straight to the big picture.

The picture that emerges is one of what David, in an impassioned speech to a TV news reporter, calls “a nasty little country.” David isn’t some generic politician—he’s a Labour higher-up, and while Americans may be new to the concept of a Shadow Cabinet, we’re all too familiar with a left-of-center opposition party grandstanding on behalf of immigrants and refugees. David lies firmly on the pro-pluralist, anti-nativist side of a standoff over immigration (and the questions of national identity immigration implies) that both includes and transcends the United States. Britain, too, is reeling from the shock of an election that read like a rejection of many citizens’ core values, a horror David gives an indignant and often ineffectual voice.

Abdullah Asif was a refugee, though thanks to U.K. policy, not one entitled to the protection of the British state. (Syrians are fast-tracked to resettle within the U.K.; Iraqis have a much harder time.) His killing exposes the exploitation, borne of desperation and secrecy, that displaced persons regularly endure. But Abdullah is also survived by two sisters, Mona (July Namir) and Fatima (Ahd Kamel), whose lives prove as essential to Collateral’s point as their sibling’s untimely death. Mona and Fatima are repaid for cooperating with police by being sent to an ICE-like detention facility, where their fellow inmates include a woman in her 30s who hasn’t lived in her “native” Nigeria since she was a toddler. Art imitates life.

Though Collateral centers on a murder, the series isn’t quite a murder mystery. By the end of the first episode, the audience knows the identity of Abdullah’s killer, and by the end of the third, Hare has fleshed out their motives and co-conspirators. A side effect of Collateral’s compressed run is that viewers can only be kept in suspense for a handful of episodes at most, but the show delivers its reveals at a steady clip rather than backloading potential twists. Collateral thus gives itself time to flesh out its criminals as well as its cops, a subplot that adds sexual assault in the military and the manipulation of prejudice by cynical higher-ups to the series’ already stuffed thematic portfolio.

Collateral is less a whodunnit than a whydunnit. Hare’s script has a sharp sense of justice and little in the way of moral ambiguity; when one side of a dispute involves people risking their lives to escape a horrific civil war the other side had a role in starting, the moral high ground isn’t up for grabs. Detestable as its villains might be, however—The Crown’s John Heffernan in particular hams it up as an MI5 agent allergic to empathy—Collateral saves its true ire for the larger social forces that ultimately killed Abdullah Asif over the person who happened to pull the trigger. The isolationism embodied by Brexit, or a certain symbolic wall here in the States, won’t stop outsiders from entering in search of a better life. All restriction does is force those people underground, into the hands of profiteering smugglers and away from the protections a society is supposed to afford its constituents. Collateral condemns a broken system in such uncertain terms that even those outside it have no problem discerning its message.