books The Language of the Unheard

Movements from below challenging the status quo are nothing new, reflecting eons of class conflict and class formation. The book under review traces the common threads of resistance through the Middle Ages in Europe and into the modern age. 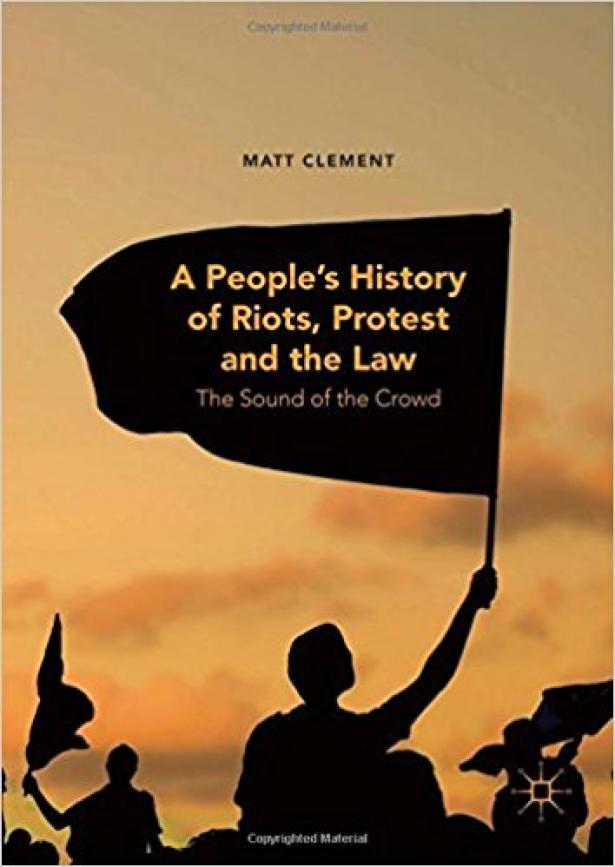 Dr Martin Luther King once described riots as “the language of the unheard”. The great civil rights leader was famously committed to non-violence but by 1968 he was becoming increasingly convinced that peaceful protest would not deliver lasting change. Within weeks of uttering those words, the Nobel Peace Prize laureate was assassinated.

There is an echo of King’s words in the subtitle of Matt Clement’s new book. He seeks to amplify the sound of the crowd and in so doing, demonstrate the critical role that protests have played in transforming the world.

Clement teaches criminology at the University of Winchester, but The Sound of the Crowd does not read like so many academic books. He proudly proclaims his own allegiance to Marxism and openly admits his background as part of the crowd as someone who has helped to organise and participate in numerous protests. As such, he clearly follows Karl Marx’s maxim that, while philosophers have interpreted the world, the point is to change it. The principal purpose of this book is to “provide evidence…that the class struggle is the motor of history” (p221).

He begins by considering how the discipline of criminology “mushroomed in the 1960s through its ability to explain how and why millions were ‘becoming deviant’” (pp1-2). These sociologists of deviance began to break with the received wisdom that riots were damaging events that needed to be suppressed. In an era of rising radicalism, they increasingly viewed protesters as potentially active agents in positive change rather than simply as victims of oppression.

The main text is only 211 pages long but it addresses a vast sweep of history. Successive chapters consider, among other things, democracy and protest in the ancient world, medieval riots, artisans and citizens from 1500 to 1700, as well as the French Revolution, Peterloo Massacre and the momentous events of 1968.

In the book’s final chapter Clement characterises the 2010s so far as a “decade of riot and protest”. He proceeds to chart a series of uprisings across the globe; most dramatic were those events in 2011 collectively known as the Arab Spring. The sight of huge congregations in public squares from Tunis to Tahrir Square overthrowing repressive regimes were an inspiration to people around the world and were widely lauded not just by those of us on the political left.

Contrast this to the attitude of politicians and pundits to events closer to home. The same year also witnessed a series of riots in London and elsewhere in the aftermath of the police assassination of Mark Duggan in Tottenham. I was a rookie barrister at the time and will never forget the contempt with which those individuals who were charged with riot related offences were treated. A business owner called them “feral rats” and their behaviour condemned by mainstream politicians across the board as “criminality pure and simple”.

Courts sat into the night to process those prosecuted and defendants were routinely remanded in custody. Meanwhile, exemplary sentences were meted out to those convicted and the rationale was made crystal clear. The Court of Appeal argued that the context in which they occurred “takes them completely outside the usual context of criminality” and concluded that “the imposition of severe sentences, intended to provide both punishment and deterrence, must follow” (See the Court of Appeal ruling Blackshaw [2011] EWCA Crim 2312).

Clement finishes his survey in the belly of the beast by considering events in the United States. It was here at the University of California, Berkeley, that radical criminology reached a real high-point. Members of the School of Criminology became actively involved in community campaigns against police repression, and supporting prisoners. Elsewhere in California another academic who became involved in the “maelstrom of resistance and repression” that characterised the late 1960s and early 1970s was a young Angela Davis, the firebrand black activist who, in 1971, successfully fought off a serious conspiracy charge.

Clements’s book was completed at a time of renewed struggle against police brutality. Significantly though, Black Lives Matter emerged towards the end of the two-term administration of the country’s first black commander-in-chief. The shortcomings of Barack Obama’s presidency point to the need for a fresh approach. This is made all the more urgent by the sight of fascists and white supremacists revelling in the reactionary policies of Donald Trump.

Clement is right to conclude that, as new struggles emerge, we must recognise that “so much that our society’s rulers and the media label as anti-social, or riotous, or the actions of a mindless mob are in fact elements of that struggle seeking an avenue to make a change from the unbearable conditions of exploitation, violence or political tyranny that oppress most of the people most of the time” (p211).

Author Matt Clement is Senior Lecturer in Criminology at the University of Winchester, UK. He is an active socialist and has previously worked as a teacher, community worker and in youth justice. He has previously researched contemporary riots, knife crime and anti-austerity movements in Britain and Europe.

[Essayist Brian Richardson is a barrister based in London and the editor of the anti-fascist and anti-racist magazine Unity.]