After the massacre at our high school, our lives have changed forever – so we’re proposing these changes to halt mass shootings 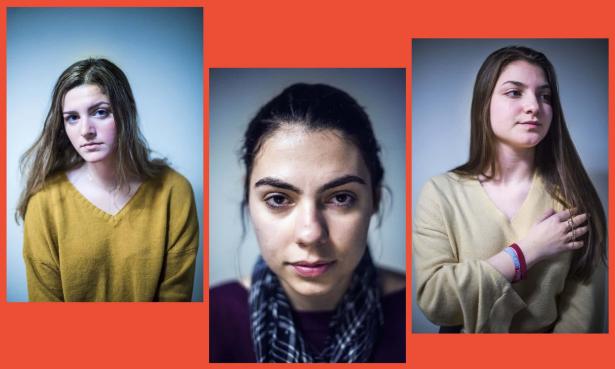 The Guardian invited student journalists from Parkland, Florida's high school newspaper, The Eagle Eye, to direct its coverage of the March for Our Lives gun violence protest. Throughout the weekend you’ll find exclusive features, interviews and live reports from the ground.

As a student publication, the Eagle Eye works to tell the stories of those who do not have a voice. Today, we are the ones who feel our voice must be elevated.

In the wake of the tragedy that occurred at our school on 14 February at Marjory Stoneman Douglas, our lives have changed beyond what we ever imagined. We, along with our publication, have been transformed. We will remain so for the rest of our lives.

We have a unique platform not only as student journalists, but also as survivors of a mass shooting. We are firsthand witnesses to the kind of devastation that gross incompetence and political inaction can produce. We cannot stand idly by as the country continues to be infected by a plague of gun violence that seeps into community after community, and does irreparable damage to the hearts and minds of the American people.

That’s why the Eagle Eye has come together and proposed these following changes to gun policy. We believe federal and state governments must put these in place to ensure that mass shootings and gun violence cease to be a staple of American culture.

We will be marching this Saturday, 24 March, for those that we loved and lost, and we write this in the hope that no other community or publication will ever have to do the same.

The changes we propose:

Civilians shouldn’t have access to the same weapons that soldiers do. That’s a gross misuse of the second amendment.

These weapons were designed for dealing death: not to animals or targets, but to other human beings. The fact that they can be bought by the public does not promote domestic tranquility. Rather, their availability puts us into the kind of danger faced by men and women trapped in war zones.

This situation reflects a failure of our government. It must be corrected to ensure the safety of those guaranteed the rights to life, liberty and the pursuit of happiness.

High-capacity magazines played a huge role in the shooting at our school. In only 10 minutes, 17 people were killed, and 17 others were injured. This is unacceptable.

That’s why we believe that bump stocks, high-capacity magazines and similar accessories that simulate the effect of military-grade automatic weapons should be banned.

In the 2017 shooting in Las Vegas, 58 people were killed and 851 others were injured. The gunman’s use of bump stocks enabled vast numbers of people to be hurt while gathered in one of the most iconic cities in America. If it can happen there, it can happen anywhere. That’s why action must be taken to take these accessories off the market.

Establish a database of gun sales and universal background checks

We believe that there should be a database recording which guns are sold in the United States, to whom, and of what caliber and capacity they are.

Just as the department of motor vehicles has a database of license plates and car owners, the Department of Defense should have a database of gun serial numbers and gun owners. This data should be paired with infractions of gun laws, past criminal offenses and the status of the gun owner’s mental health and physical capability.

Together with universal background checks, this system would help law enforcement stop a potentially dangerous person before they commit a gun crime.

As seen in the tragedy at our school, poor communication between mental healthcare providers and law enforcement may have contributed to a disturbed person with murderous tendencies and intentions entering a school and gunning down 17 people in cold blood.

We must improve this channel of communication. To do so, privacy laws should be amended. That will allow us to prevent people who are a danger to themselves or to others from purchasing firearms. That could help prevent tragedies such as the Parkland massacre.

Thanks to loopholes, people who otherwise wouldn’t be able to buy firearms are able to purchase them at gun shows and secondhand sales. The existence of these loopholes reflects the ineptitude of state and federal legislators.

If we are serious about preventing people from purchasing deadly weapons, we must monitor sales that take place at gun shows and on secondhand markets. This is especially urgent given the danger posed by mentally unstable and violent individuals armed with firearms.

Allow the CDC to make recommendations for gun reform

The Centers for Disease Control and Prevention should be allowed to conduct research on the dangers of gun violence. The fact that they are currently prohibited from doing so undermines the first amendment. It also violates the rights of the American people.

It is hypocritical to rally people to protect the second amendment, while remaining silent on the ways that blocking research violates one of our most basic constitutional freedoms.

Raise the firearm purchase age to 21

Why is it that we will be able to legally obtain a weapon that has the ability to fire over 150 rounds and kill 17 people in about six minutes? That is unacceptable. It makes no sense that to buy a handgun, you have to be 21, but a gun of mass destruction and devastation like the AR-15 can be purchased when one is just becoming an adult.

With the exception of those who are serving the United States in the military, the age to obtain any firearm must be raised to 21.

Federal and state government should earmark more funds specifically for mental health services. Those with mental health issues, especially those who express aggressive, violent, suicidal and/or homicidal thoughts should have the opportunity to receive the help they need regardless of their economic status.

Schools specifically should receive more funds in order to hire more psychologists and guidance counselors who can aid students suffering from PTSD, depression and other debilitating mental illnesses.

Many of those who commit mass shootings suffer from these kinds of illnesses. It is essential that more funds be dedicated to mental health research.

We believe that schools should be given sufficient funds for school security and resource officers to protect and secure the entire campus. As a school of over 3,000 students, teachers and faculty, Marjory Stoneman Douglas high school was only supplied funds to hire one on-campus armed resource officer by the state.

Without backup, this officer’s hesitation proved to be disastrous and allowed for the senseless deaths of people who were killed on the third floor of the 1200 building.

Though this idea has been proposed in the past, these funds should not be appropriated from the already scarce funding for public education. Governments should find resources to secure the millions of children that attend public schools without taking away from the quality of education that is offered at these institutions.