Tax Day is a Real Holiday for Wall Street 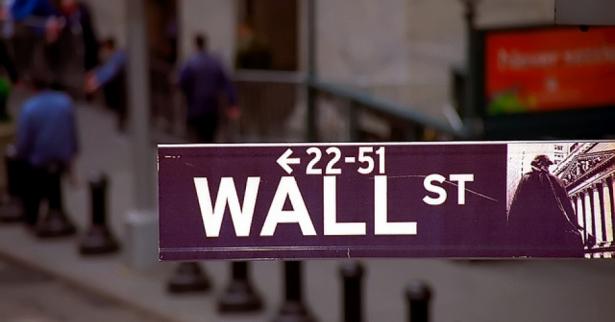 "The finance industry overall was the biggest beneficiary of corporate tax cuts, and is expected to take in $250 billion from the corporate income tax cut alone over next decade, an amount that could fund 300,000 elementary school teachers or 6,000 teache,David Ohmer/flickr/cc

It’s no secret that corporations and the very rich were the main beneficiaries of the Trump tax legislation passed late last year. But what’s less known is that the financial industry was the single biggest target of the largesse. One private equity fund manager, Stephen Schwarzman, stands to make roughly $100 million from President Trump’s failure to close the carried interest loophole alone.

The financial industry gave a lot of money to lawmakers to get their tax bonanza. During the 2015-16 election cycle, Wall Street banks and financial interests spent more than $2 billion to influence decision-making in Washington. That works out to more than $2.7 million a day, and over $3.7 million per member of Congress. The industry has spent nearly twice the amount of any other industry on campaign contributions in the 2017-2018 electoral cycle so far. Private funds also upped the ante: private equity firms and hedge funds spent over $54 million in 2017 to preserve carried interest, their favorite loophole.

Political spending is not the end of the story. The Trump administration also appointed over a dozen former Goldman Sachs executives and “finance bros” to help make tax and regulatory policy that works for Wall Street, among them Steven Mnuchin, Gary Cohn, Keith Noreika, Joseph Otting, Randal Quarles, and Wilbur Ross.

To no one’s surprise, there were a lot of presents for Wall Street in the Trump tax legislation. The finance industry overall was the biggest beneficiary of corporate tax cuts, and is expected to take in $250 billion from the corporate income tax cut alone over next decade, an amount that could fund 300,000 elementary school teachers or 6,000 teachers per state for 10 years.

Private equity funds stand to rake in $19 billion over 10 years from the Trump Tax leaving the “carried interest” loophole intact. Big real estate developers and real estate investment trusts (REITs) like the Trump Organization and Kushner Companies got a massive giveaway thanks to the “pass-through” business tax cut. Just this week, we learned that Bank of America paid half a billion dollars less in taxes just in the first quarter of this year.

Ever the polite birthday boys, they sent out thank you notes after the party. The Koch brothers spent millions to pass the corporate tax cuts, and just 13 days after the TCJA passed in December, they sent a $500,000 check to its architect, outgoing House Speaker Paul Ryan, and a $474,000 check to the National Republican Congressional Committee.

But this rigging of the tax code so the donor class can pocket America’s wealth is not inevitable. Even though Kochs and others are spending billions on ads to sell the tax legislation as a cut for the rest of us, people aren’t buying it. In fact, people around the country are fighting back. Here’s how they’re doing it.

There were 100+ marches against the tax law this weekend

Over 100 events were held across the country over tax day weekend to protest against the Trump tax legislation. A march in D.C. is planned for Tax Day itself. Lilah, a Tax March participant from Westchester, Penn. explained why she demonstrated: “I really care deeply about defending programs like the Affordable Care Act, Medicare, and Medicaid, and this tax scam puts them in danger. I don’t believe that wellness is a privilege, and that’s what this tax scam makes it out to be.”

States are taking on the “carried interest” loophole

Preserving the “carried interest” loophole was perhaps the most egregious gifts to hedge fund and private equity managers in the legislation. “Carried interest” is an industry sleight-of-hand that lets money managers report their fees for managing other people’s money as capital gains from investing, which they most decidedly are not. This means they get to pay a lower tax rate on their salaries than teachers and firefighters. After railing against the loophole on the campaign trail, the Trump administration left it intact in the new tax law. Sick of waiting for the feds to act, states are now taking matters into their own hands. Legislation to close this loophole has been introduced in New York, New Jersey, Massachusetts, Connecticut, Rhode Island, Maryland, Illinois, California, and the District of Columbia, and campaigns to introduce the measure are underway in Minnesota, Virginia, Ohio, Pennsylvania, and Delaware.

Senators are tackling the practice of corporate stock buybacks

Closer to Washington, senators have been working to rein in the practice of buying back company stock in order to inflate share prices and pay executives and wealthy stockholders. (In 2013, the top 500 CEOs earned 83.6 percent of their salaries in stock payments.) Senator Tammy Baldwin (D-WI) introduced the Reward Work Act in March, a measure that would put an end to the most manipulative form of stock buybacks and give workers a seat at the corporate governance table. Senator Cory Booker (D-NJ) has introduced similar legislation, and the two joined Senator Chris Van Hollen (D-MD) on Facebook Live last week to draw attention to the pernicious practice.

A coalition to Take on Wall Street and make big banks and private fund managers pay their fair share in taxes has gained momentum with the Trump Tax’s passage. The campaign is led by a coalition of more than 50 national and local community-based organizations, unions, consumer advocates, faith groups, and others. We have united around moving a financial reform agenda to address the predatory economic power of Wall Street banks and billionaires. The Trump Tax is a call to arms to fight for a financial system that works for all of us.