The drama of data collection has made it to prestige TV 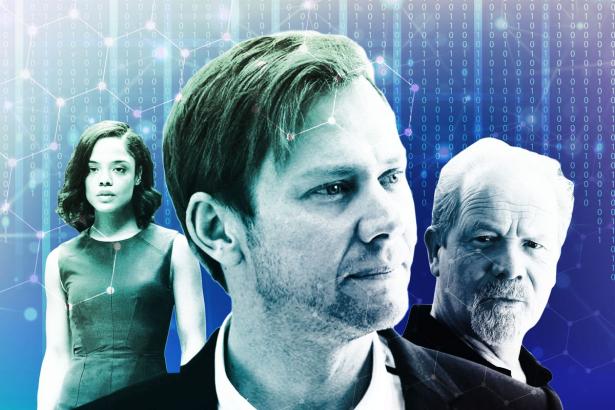 For all of Westworld’s trippy storytelling techniques, circular character arcs, and secret robot reveals, the show has—up until Sunday night’s episode—been relatively straightforward about the Delos business model. The company provides something that the world’s 1 percent can’t get in the Swiss Alps or on the Amalfi Coast: the opportunity to live out its basest desires with ultrarealistic humanoid robots. In Season 1, there was an unspoken (and perhaps naive) assumption that tickets to this rape-and-murder-themed amusement park were pricey enough to keep it afloat and enrich its owners. But it turns out the Delos business model was never that wholesome, nor outwardly futuristic. Actually, it’s just an exaggerated replica of the unregulated modern-day tech corporation: a massive data-collection scheme.

Hints that Westworld was more than a place to “fight and fuck” (per Maeve) began in Season 1, as Charlotte Hale (Tessa Thompson) wrangled control of the company and made allusions to the real value of the park. With so many Whac-A-Bot conspiracy theories to track, it was convenient to conclude that she was referring to its intellectual property. Advanced AI, as we’re all learning, has myriad applications in the real world; it’s not hard to see Delos contracting its technology to major global manufacturers or the U.S. military for billions. Hale, we assumed, was playing the role of activist investor. Just as Starboard Value’s Jeff Smith once dragged Olive Garden for not salting its pasta water, she was there to suggest Ford stop tinkering with his dolls. Her desire to liberate the company from Ford’s sentimental grip and ensure its safety in future markets made pragmatic business sense.

But as we learned in the Season 2 premiere, corporate pragmatism is rarely so harmless. When Hale and Bernard (Jeffrey Wright) are wandering through the newly wild West, she knocks over a boulder, pulls a lever, and reveals an underground lair. (It turns out that, even in an amusement park as technologically tricked-out as Westworld, placing a key in a fake plastic rock is still a foolproof way to ensure you’ll never get locked out.) There, Bernard watches a faceless drone apply a Q-tip to the genitals of an offline host, drop it into a lab setup, and log some unknown information into the company’s system. “Are we logging records of guests experiences?” Bernard, the guy who is always last to get the memo, asks Hale. “And their DNA?” She doesn’t have time to answer, but the proof is in the pube-swabbing.

Sunday night, it became clear that this breach of host privacy is not an unauthorized experiment, but the Delos business model. The second episode flashes back to a moment in time when William (Jimmi Simpson) is fresh off his murderous romp in the park and must now convince his fiancé’s dad, the head of Delos, to invest in his fantasy world. “I don’t want to underwrite some fucking investment banker’s voyage of self-discovery,” his future father-in-law argues. “That’s not a business.” But William has something more sinister in mind: “Half of your marketing budget goes to figure out what people want, ’cause they don’t know,” he counters. “But here they’re free. Nobody’s watching, nobody’s judging. At least that’s what we tell them. This is the only place in the world where we get to see people for who they really are. And if you don’t see the business in that, then you’re not the businessman that I thought you were.” Fast-forward to: a weird scene in which William brings Dolores (Evan Rachel Wood) online to give her a speech about the human ego and show her the construction site for what I can only imagine is massive underground data-collecting operation.

To recap, an innovative tech company presented itself to the world as entertainment. And while customers relished in the temporary high it provided, it secretly harvested their personal data for profit. In essence, the business model of the fictitious Delos is similar to that of a very real tech company that has recently made headlines for its use of personal data. Facebook obviously doesn’t offer entertainment in the form of murdering, raping, or digital rattlesnakes. It also doesn’t have access to its users’ left-over sex robot semen. But, as recent coverage of the social network has revealed, it does obsessively monitor its users’ behavior to appease advertisers. “At Facebook, you’re not the customer, you’re the product,” was an aphorism repeated by academics and watchdogs as far back as 2010. Now—following a recent scandal that revealed the company had improperly shared millions of users’ data with a political research firmconnected to President Donald Trump—that belief is so mainstream that Facebook recently contested it in a blog post.

Delos and Facebook also overlap in their ability to successfully distract the user into complacency. Though we have not yet had the opportunity to rifle through Westworld’s official privacy policy and user agreement, one can only imagine the legalese it employs to endow itself with data-collection rights. Even in a universe as evolved as Westworld, it’s unlikely the show’s fictional characters would treat the fine print any differently than real people do today—especially when that’s all that separates you from sex, adventure, and killing sprees. Similarly, Facebook is notorious for its behind-the-scenes changes and misleading simplification of how closely it tracks users. The 14-year-old company only recently redid its user agreement so that the average Facebooker could better understand it, and that was just because lawmakers began breathing down Mark Zuckerberg’s neck. The chance that this has encouraged billions of people to hunker down and educate themselves is slim. And since news of that aforementioned data breach broke, Facebook has seen a boost in its daily user growth—proof that the platform too tempting to drop over concern for liberal information collecting policies.

The irony of all this is that Westworld is supposed to be a show about the future. We’re just on the precipice of the actual artificial-intelligence revolution—our robots barely know how to open doors for themselves!—and this flashy series offers us a chance to wade through theoretical issues we may face in its peak. “Do you want to know what they’re really celebrating up there?” William’s screw-up brother-in-law asks Dolores at his father’s retirement party, just before the forthcoming relaunch of the park. “That, darling, is the sound of fools fiddling while the whole fucking species starts to burn. And the funniest fucking part? They lit the match.” Westworld’s creators had no possible way of knowing that a startup dealing in voter-manipulation tactics would be caught grifting millions’ of citizens’ personal information. But when Westworld speculated on the worst theoretical scenario for an all-powerful tech corporation, it landed on something very close to what we’re currently experiencing with Facebook. It’s almost as if our current tech corporations have grown so powerful that it’s difficult to dream up a more treacherous hypothetical.