Did the Supreme Court Just Gut the New Deal? 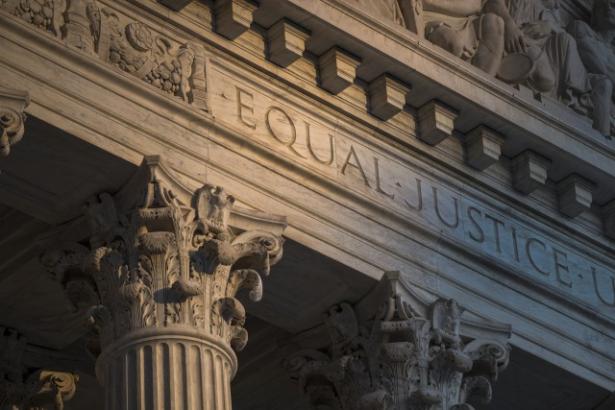 The Supreme Court in Washington is seen at sunset, AP Photo/J. Scott Applewhite

Yesterday, the Supreme Court’s five-justice conservative bloc empowered employers to require employees, as a condition of employment, to forego any joint legal remedy for unlawful abuse. It did so despite the core guarantee of two landmark New Deal statutes, that workers have a federal right to engage in “concerted activity” for their “mutual aid or protection.”

During the oral argument in the case, as I noted in the Prospect on January 4, some members of the conservative bloc seemed to be considering tempering or qualifying a result so blatantly at odds with the 1932 Norris-LaGuardia Act (NLGA) and the 1935 National Labor Relations Act (NLRA), and with 75 years of subsequent court decisions interpreting those laws. But Monday’s decision—in the opinion written by Justice Neil Gorsuch—reflects no such caution.

In their briefs and in oral arguments, the U.S. Chamber of Commerce and its allies, including the Trump Justice Department, spun their side of the case as simply a modest extension of the conservative majority’s well-established, if notoriously business-friendly precedents interpreting the Federal Arbitration Act. Most media coverage of the decision has accepted that frame. But in fact, as two scholars warned while the case percolated through the lower federal courts, a complete business victory would not primarily affect arbitration law, but “would effectively end the labor laws.” At least for the millions of non-union workers lacking any meaningful safeguard against employer illegality other than joint court or administrative relief, this prospect cannot be dismissed as hyperbole—or, as Justice Gorsuch dismissed Justice Ruth Ginsburg’s dissenting opinion, as “apocalyptic.”

Indeed, the single most telling feature of what Justice Ginsburg labeled an “egregiously wrong” decision, is not what it adds to Court precedents interpreting the 1925 Federal Arbitration Act to force employment, consumer, and other disputes against corporations into individual arbitration proceedings, often secretive and otherwise stacked against individual complainants. On the contrary, what stands out is that Gorsuch went out of his way to trivialize—evidently seeking to gut—the provisions of federal labor law that Justice Stephen Breyer had called, during the oral argument, “the entire heart of the New Deal.” Gorsuch’s opinion suggests that the NLGA-NLRA guarantee of collective action is limited to collective bargaining efforts—that is, union activity. He thus purports to read protection for concerted legal activity out of federal labor law, in the teeth of the pertinent NLRA provision that specifies protection for “concerted activities for the purpose of collective bargaining or other mutual aid or protection.” Gorsuch dismisses this language which I have italicized, as a “catch-all phrase,” and then asserts that it should be read to “only serve to protect things employees ‘just do’ for themselves in the course of exercising their right to free association in the workplace.”

Just why—contrary to the text, manifest purpose, and precedents that apply these labor law safeguards—protection for joint activity should apply only to what he calls “things employees just do,” and what those opaquely labeled “things” might include or exclude, appear to be questions Justice Gorsuch is content to leave to future cases brought by the Chamber and its allies to further narrow workers’ rights.