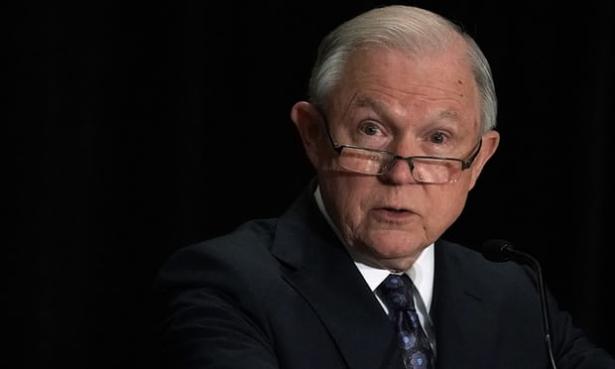 Donald Trump’s administration announced on Monday that it would order US immigration courts to stop granting asylum to victims of domestic abuse and gang violence who come to the country seeking safety.

The attorney general, Jeff Sessions, signaled that he would issue a directive to immigration judges on Monday. The policy is expected to affect tens of thousands of migrants fleeing violence in Central America and seeking to claim asylum in the US.

The move represents a dramatic shift and another hostile turn in America’s immigration system and marks the latest action by the Trump administration to sharply restrict immigration and the way the laws are used. The president and his administration have been criticized in recent weeks for a new “zero tolerance” policy that has separated families upon arrival at the US-Mexico border.

Sessions signaled that the shift was imminent while addressing an annual training conference for the hundreds of US immigration judges on Monday. “Asylum was never meant to alleviate all problems, even all serious problems, that people face every day all over the world,” he told the group.

“The asylum system is being abused to the detriment of the rule of law, sound public policy and public safety ... now we all know that many of those crossing our border illegally are leaving difficult and dangerous situations. And we understand all are due proper respect and the proper legal process. But we cannot abandon legal discipline and sound legal concepts,” Sessions said in the address.

Democrats slammed the move as “heartless” and “inhumane”.

“There simply aren’t enough words in the English language to fully capture the depravity of this administration,” Tom Perez, the chairman of the Democratic National Committee, said in a statement.

He added: “Trump is attacking some of the most vulnerable people in our society ... We need to look in the mirror and ask ourselves what we are becoming as a nation under Donald Trump and Republican leadership.” 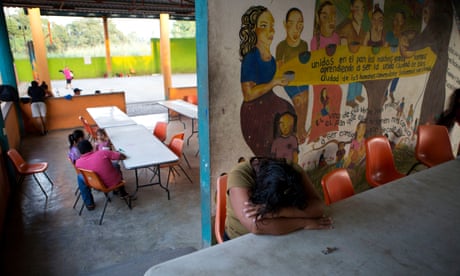 The issue of granting asylum to domestic violence victims came into focus after Sessions personally intervened in the case of a Salvadoran woman living in the US. The woman, who fled her country four years ago after enduring more than a decade of domestic violence, has been living in the Carolinas and requested asylum. But Sessions recently called into question whether such cases merited protection under US asylum laws.

Sessions wrote in a ruling on Monday that survivors of “private” crimes were not eligible for asylum.

“Generally, claims by aliens pertaining to domestic violence or gang violence perpetrated by non-governmental actors will not qualify for asylum,” Sessions wrote in his 31-page decision.

“The mere fact that a country may have problems effectively policing certain crimes – such as domestic violence or gang violence – or that certain populations are more likely to be victims of crime, cannot itself establish an asylum claim.”

A spokesperson for Sessions did not immediately return a request for comment by the Guardian.

Sessions said at the morning conference with judges: “Today ... I will be issuing a decision that restores sound principles of asylum and longstanding principles of immigration law.”

Frank Sharry, the founder and executive director of the progressive immigrant rights group America’s Voice, told the Guardian that Sessions’s decision would have a tremendous impact. “Women fleeing violent abuse, young people fleeing murderous gangs and cartels, people fleeing terrorist groups, are being told to go to hell and die there,” Sharry said.

“We once called our nation a shining city on the hill that provided refuge to the oppressed. No longer.”