labor Why It Matters: The Consequences of D.C.’s Tipped Wage Vote

While the Fight for $15 campaign has forced dozens of states and cities across the U.S. to increase their minimum wage in recent years, activists have finally begun to turn their attention to tipped workers. 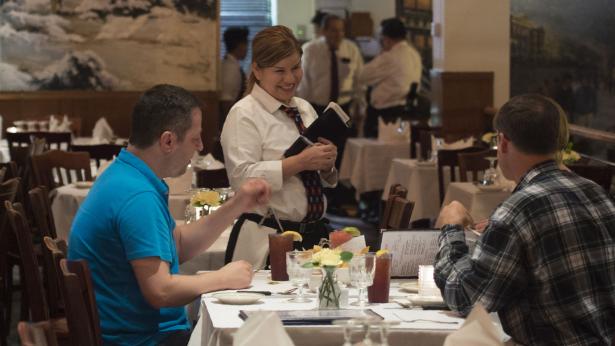 D.C. voters will decide a ballot measure on Tuesday that requires restaurant and bar owners to gradually increase the $3.33 “tipped wage” for workers until it matches the city’s $15 minimum wage for other employees by 2026.

The bigger picture: While the Fight for $15 campaign has forced dozens of states and cities across the U.S. to increase their minimum wage in recent years, activists have finally begun to turn their attention to tipped workers.

What’s happening: The measure, dubbed Initiative 77, pits the restaurant industry — as well as most of the city's political establishment — against progressive organizations in a city that has some of the most generous employee benefit policies in the country.

The backstory: Tipped workers were exempt from the hourly minimum wage hike in 2016, which raised the floor to $15 an hour by 2020 and include futures annual automatic increases to inflation. They are currently paid $3.33 an hour and collect tips to supplement their income. If the money from tips falls short of the $12.50 prevailing minimum wage, their employer must make up the difference.

What they're saying: The activists behind the measure say workers, especially those at chain restaurants and others who are currently at greater risk of wage theft, would no longer have to reply on tips from customers to enforce a steady income. Attorney Daniel Katz at the Washington Lawyers' Committee for Civil Rights and Urban Affairs, told WAMU 88.5 that tipped workers often face intimidation and retaliation when they inform their employers that tips came up short.

What's next: The D.C. Council — a majority of whose members are against the initiative — could pass a measure to overturn it or make changes if approved by voters.

Get Axios in your inbox