“The Handmaid’s Tale” may have just ended its latest season, but the commentary on female oppression continues on Hulu with the return of “Harlots.” Now in its sophomore season, the drama about warring brothels digs deeper into the underlying issues 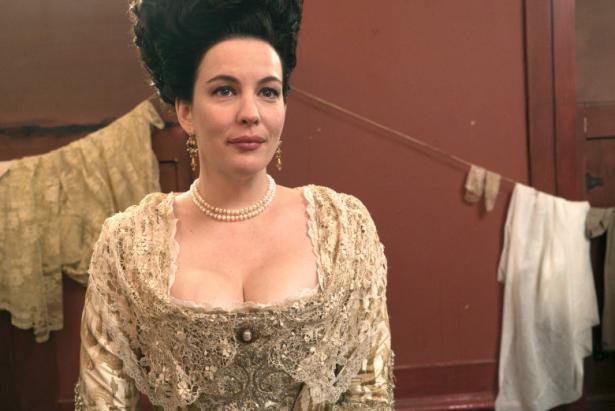 “The Handmaid’s Tale” may have just ended its latest season, but the commentary on female oppression continues on Hulu with the return of “Harlots.” Now in its sophomore season, the drama about warring brothels digs deeper into the underlying issues that have created the enmity, along with the gender inequality that has forced the women into such cutthroat circumstances in 18th-century Georgian London.

The series picks up with in-demand harlot Charlotte Wells (Jessica Brown Findlay) having abandoned her mother Margaret’s (Samantha Morton) brothel on Greek Street for Golden Square, the high-end house of rival bawd Lydia Quigley (Lesley Manville). This seeming betrayal, however, is part of her revenge scheme to take down Quigley, who is responsible for having forced her mother into whoring as a child, which in turn forced her subsequent children into the life.

One of the problematic narrative issues with “Harlots” is its focus on women tearing down other women, which seems counterproductive when they’re all dealing with lives that are already hard enough as it is. This feels like the classic “crabs in a barrel” concept in which one crab will keep another crab from escaping by dragging it down, thus dooming everyone. Nevertheless, in this way, it is realistic. One of the many results of the current #MeToo movement is the revelation of just how much women, driven by trying to advance or survive in a patriarchal world, have helped to perpetuate the abuse and oppression of fellow women. 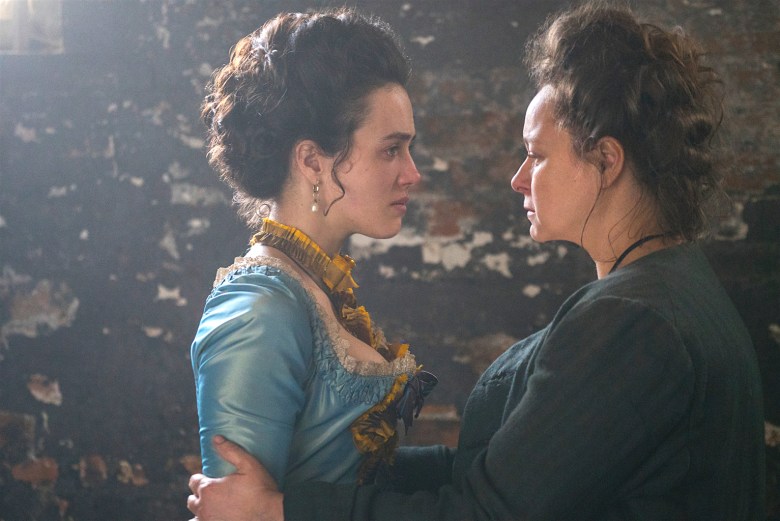 Quigley is the Georgian counterpart of this, and thus, even though she continues to put women – young girls, in fact – in horrifying positions, she’s only a few shades of grey morality-wise from Margaret. Of course, the big difference is that Golden Square perpetuates rape – providing unwilling virgins to sadistic men – while Greek Street provides consenting women who want the protection of a house, instead of just freelancing in the back alleys. Margaret also still appears to have a conscience and regrets that raising her two daughters Charlotte and Lucy (Eloise Smyth) into the life, which includes auctioning off their virginity, wasn’t the only way she could succeed in life.

This season doubles down on all of this, including exploring the hypocrisy of men and how they maintain the current power structure to keep women dependent. At one point, a male character tells Fanny (Bronwyn James), “Women will always be at the mercy of men’s power,” and she offers her own insight: “It’s not your power that we’re at the mercy of. It’s your weakness.” Furthermore, the introduction of a new character, Justice Josiah Hunt (Sebastian Armrest), highlights how difficult it is to challenge the patriarchal status quo. Unyielding in his moral righteousness, he intends to follow the letter of the law by shutting down brothels but encounters difficulties given how such establishments are frequented by those in power: men. 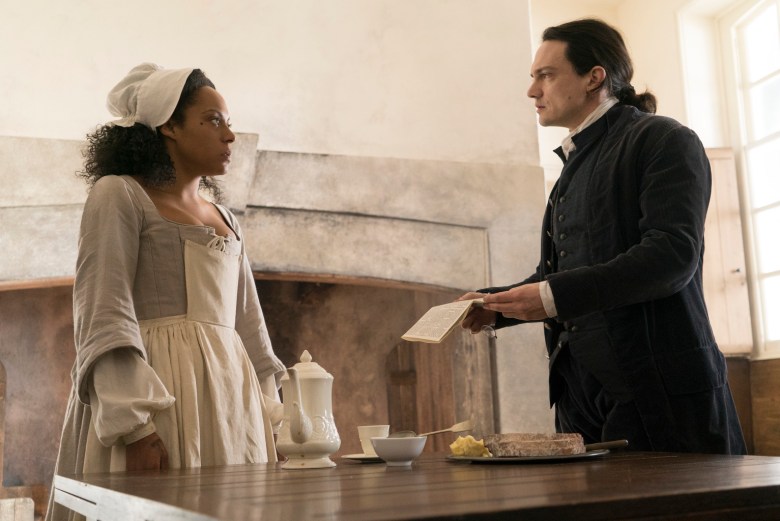 As dark and distasteful some of these storylines can be, the series becomes downright heartbreaking this season, especially when it comes to new cast member Liv Tyler, who joins as one of the nobility. During this time period, harlotry provided far more opportunities for freedom and autonomy to women compared to the genteel servitude expected of a wife. Lady Isabella Fitzwilliam (Tyler) is neither whore nor wife, and yet her life is still controlled by a man. She lives with her brother, the Marquess of Blayne (Julian Rhind-Tutt), who controls her fortune, and thus, she cannot even access her own money without his permission or live her own life without his scrutiny. Her newfound friendship with Charlotte will expose other ways in which he’s exploited her dependence on him.

Season 2 is tighter than its initial outing now that it doesn’t have to establish its world, which is inspired by the real women featured in “The Covent Garden Ladies” by Hallie Rubenhold. This allows it to advance the experiences of one of its black characters, Harriet (Pippa Bennett-Warner), and giving more insight into its large ensemble, many of whom never really distinguished themselves other than on a superficial level. It’s a knotty problem to have and one that “Harlots” still hasn’t quite solved: how to create three-dimensional, sympathetic characters when there are so many to service, and also when most of them are responding to their seemingly never-ending wretched situation. The show doesn’t allow them the luxury of time to merely exist, and therefore, viewers will have to be forgiven for thinking of each under a label: the layabout son, the redhead, the sadist, the evil madam. That said, this year does a better job dovetailing its stories and crafting multiple reversals and surprises that build to an engrossing, if not entirely satisfying, final act.

Overall, “Harlots” isn’t a pleasant slog considering how much it focuses on the mistreatment of women, but moments of wordplay and humor add brief respites of self-aware lightness amidst the drudgery and despair. It also provides a still-relevant battle cry of resistance and a reminder of the resilience of the human spirit, which in itself makes for worthy viewing. 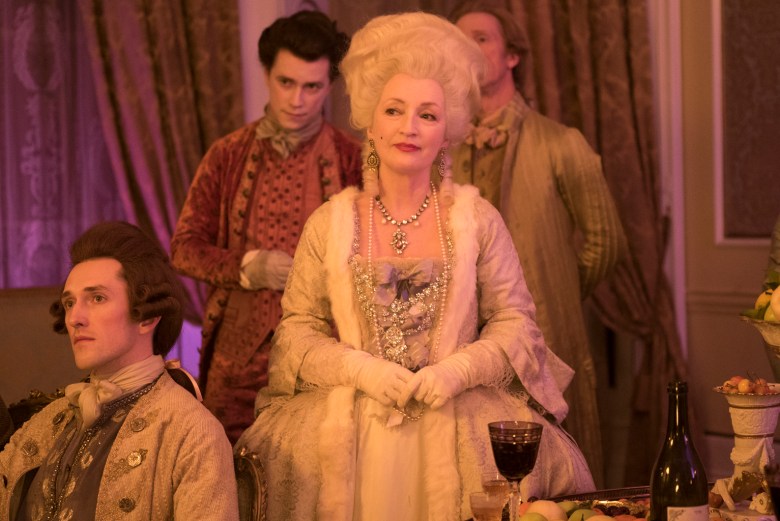 ”Harlots” Season 2 premiered its first two episodes on July 11 and will release new episodes on Wednesdays each week.