tv Batwoman: Lesbian Superhero Gets Her Own TV Show

The show, based on the DC Comics character of Batwoman, will boast the first openly gay lead of a live-action superhero show. 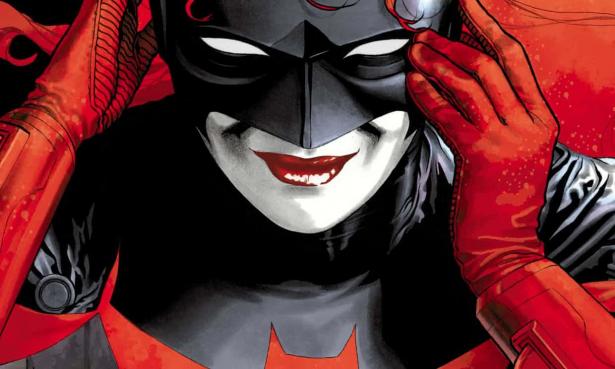 A small screen adaptation of Batwoman is in development with an openly gay lead.

The show will launch on the CW, adding to the network’s slate of shows based on DC Comics, which includes Arrow, The Flash, Supergirl, Legends of Tomorrow and Black Lightning.

The new Batwoman will be executive-produced by Greg Berlanti, who recently inked a four-year, $400m extension with Warner Brothers and currently helms a record 14 different scripted series, six of which air on the CW. It will be written and co-executive-produced by Caroline Dries, best known as the executive producer of The Vampire Diaries. Dries has also worked with the network on shows such as Melrose Place and Smallville, another DC Comics property.

The lead character, who will be introduced this December at the CW’s annual DC Comics crossover event, is described as a woman “armed with a passion for social justice and flair for speaking her mind”.

Kate Kane is an out lesbian who has arrived in Gotham to handle a citywide resurgence in crime. “But don’t call her a hero yet,” reads the show’s synopsis. “In a city desperate for a savior, Kate must overcome her own demons before embracing the call to be Gotham’s symbol of hope.”

Originally introduced in the 1950s as a love interest for Batman to dispel rumors of homosexuality, Batwoman has since been the highest-profile openly gay character from any DC comic. In 2006, Batwoman was reintroduced as a lesbian of Jewish descent while Renee Montoya, a former Gotham police detective, was revealed as a love interest. At the time, Dan Didio, co-publisher of DC Comics, said Kane was written as a lesbian because “we wanted to have a cast that is much more reflective of today’s society and even today’s fanbase”.

DC Comics have been at the forefront of LGBT visibility in comics, recently featuring the first gay superhero couple with Midnighter and Apollo and introducing The Ray as a gay man in the The Ray Rebirth. Supergirl, which airs on the CW, revealed in 2016 that the titular character’s sister Alex Danvers is a lesbian, and appears to be casting a transgender character in its new season.

But other comic universes, like Marvel, have trailed when it comes to issues of queer representation. In last year’s big-screen version of Thor: Ragnarok, Tessa Thompson played Valkyrie, Marvel’s first ever openly bisexual character. But the actor later revealed in an interview with Rolling Stone that a scene confirming Valkyrie’s sexuality was cut from the film.

If Batwoman is picked up for series, Kate Kane will become the first ever LGBT lead of a live-action superhero show. Moreover, December’s crossover event, which will feature the casts of Arrow, The Flash, Legends of Tomorrow and Supergirl, will mark Batwoman’s first live-action appearance ever.

The Guardian has brought a number of vital stories to public attention; from Cambridge Analytica, to the Windrush scandal to the Paradise Papers. Our investigative reporting uncovers unethical behaviour and social injustice, that helps to hold governments, companies and individuals to account. This work is costly – often we can’t anticipate how a story will unfold, how long it might take to uncover, and whether we will face legal threats that attempt to stop us. But we remain committed to challenging and exposing wrongdoing where we think it is critical – through this we can, together, create meaningful change in the world.

If everyone who reads our reporting, who likes it, helps to support it, our future would be much more secure. For as little as $1, you can support the Guardian – and it only takes a minute. Thank you.