labor How Blockchain Is Poised to Disrupt the Gig Economy

Workers and unions trying to organize gig workers should stay abreast of technological changes. This author claims rapid adoption of blockchain in the next several years will have major implications for alternative work arrangements. 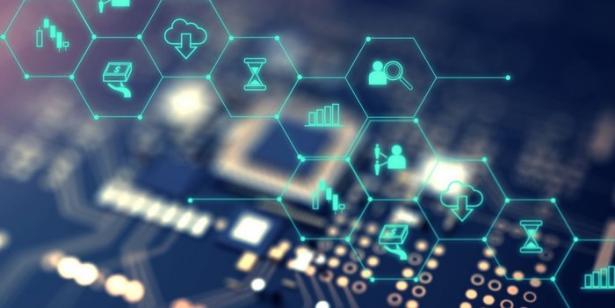 There is much debate these days as to whether the gig economy is growing or shrinking, but most agree it’s still massive and, importantly, ripe for disruption. Distributed ledger-based technologies -- commonly known as blockchain -- is one of the forces with the most potential to affect the gig economy over the next several years. This potential is of particular interest to enterprises, which has recently shown an increased reliance on alternative work arrangements.

Corporations like FedEx, P&G and Verizon now outsource between 20-50 percent of their jobs. They embrace this independent workforce to increase efficiency and remain nimble. This is big news for the gig economy and the platforms that drive it. But those on both sides of the hire/hired coin can recite chapter and verse the problems they encounter in this new labor bazaar. Whether it’s low-pay, increased income inequality, lack of benefits, unpredictable performance, broken contracts, scope creep or any of the other issues that come with gigging and/or using an independent workforce, it's clear there are areas that need improvement if the gig economy is going to continue to be a reliable source of alternative work arrangements for enterprises.

Enter blockchain and the ongoing innovations that are shaping that technology today. A transparent, trusted and verifiable tech stack that drives gig work could raise pay, cut overhead, drive scalability and fair labor practices for both workers and employers. These capabilities are of major importance to corporations as technical innovation and fair play are needed to sustain an independent workforce model they’ve come to rely on.

One of the dilemmas for enterprises is that a crucial part of the gig economy’s growth to date has been centralized platforms such as Uber, MTurk or Fiverr. They do a great job of connecting work with workers, providing a framework for compensation and a system for tracking work processes. Yet, most of these platforms are tolerated, not celebrated -- particularly when they pocket a large percentage of a job’s value without offering many of the benefits workers find in more traditional work arrangements.

Fiverr, for example, is a centralized two-sided platform for people to buy and sell a variety of digital services typically offered by freelance contractors. Fiverr also takes a 20 percent cut of all transactions to the detriment of both worker and enterprise by introducing inefficiencies and pain points that threaten the long-term viability of the gig arrangement. Blockchain could eliminate that.

Ethlance is a blockchain-based project launched by District0x. It offers a platform that combines smart contracts, a file exchange protocol and a web interface to allow people to sell their goods and services on the ethereum blockchain. Ethlance is totally free because it’s 100 percent open source and runs at no cost -- unlike Fiverr, which requires a centralized database and online hosting. Chronobank is another blockchain-based company attempting to disrupt the centralized platform model. It launched its LaborX platform to connect gig workers with jobs anywhere in the world for just 1 percent of the job’s pay. For both companies, it’s still early days as far as adoption rates go, but with so much at stake, smart businesses will need to consider these sorts of solutions to help the gig economy continue to attract and maintain a large workforce pool without alienating it or burning it out.

Beyond impacting the centralized platforms that currently drive the gig economy, many enterprises are even more interested in how blockchain can help optimize the entire HR workflow. This is where enterprise blockchain can really shine. There is a myriad of issues related to workforce management that can be greatly enhanced by blockchain’s inherent transparency, trust and decentralized model.

Blockchain is ideally suited to streamline the process of onboarding new gig workers for enterprises by putting credentials and certifications on a blockchain allowing for reduced time and greater accuracy in gathering and verifying qualifications. MIT is leading the way here by providing new graduates with their diplomas on a blockchain wallet. This will give potential employers the verification they need to hire them at a moments notice. It’s not hard to see how these wallets could be applied across the entire spectrum of the gig economy, from driving licenses to teacher certifications and beyond.

Blockchain-ready HR management is also being embraced by smaller companies. The community of workers, start-ups, developers and small businesses are moving quickly to service SMBs that depend on gig workers to grow quickly. Peoplewave in Singapore has hundreds of clients utilizing its blockchain-based HR solutions and is in the ICO process. The company was created by serial entrepreneurs to utilize blockchain to “Put People First” and solve HRs toughest problems.

Large enterprises are also getting onboard blockchain’s intersection with the gig economy, and the next several years will see rapid adoption as market-shifts in employment continue. With the investments of major corporate technology providers like IBM and Microsoft, blockchain is quickly becoming enterprise-ready for even the largest corporation. Adoption rates of blockchain technologies within the gig economy will only increase as developers address blockchain’s scalability issues, price volatility and susceptibility to hacking attacks. For enterprises who have come to rely on alternative work arrangements, it is vital that technologies like blockchain continue to be applied to the gig economy to help solve some of the problems that are holding it back from reaching its true potential.