Ethiopia agreed to a border commission study that awarded most of the territory disputed by the two countries to Eritrea, ending a state of conflict that followed a 1998-2000 war that cost 80,000 lives and displaced more than 6 million people. 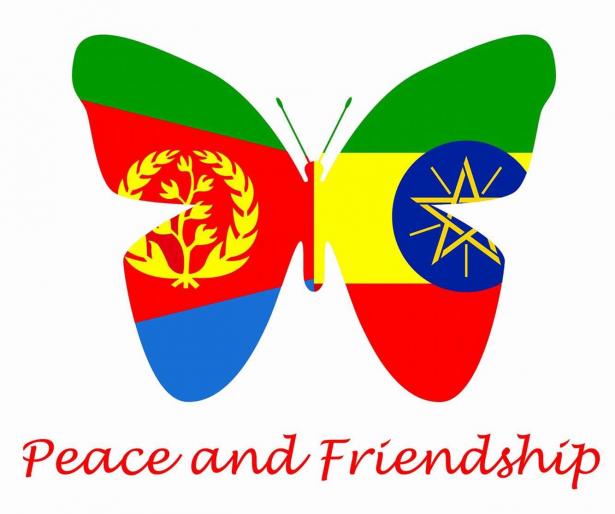 Jubilant scenes were witnessed on the streets of Asmara, the capital of Eritrea, as hundreds marched and danced celebrating the restoration of peace and friendship with neighbouring Ethiopia.  As diplomatic relations between the two countries were normalized after almost two decades, families, once separated by the war, were reunited as telephone lines were restored. Flights between the two countries are also scheduled for next week, ending the years of ban on cross-border travel.

“Historic,” Hallelujah Lulie, a political analyst specializing in the Horn of Africa, posted on Twitter. “This isn’t peace between two ordinary neighbors. Ethiopia and Eritrea share complex memory and heritage. Recognising their intertwined past and common destiny will have a positive political and socio-economic dividend for them, and will redraw the geopolitical map of the Horn,” he added.

On Monday, the two east African countries signed a ‘Joint Declaration of Peace and Friendship’ that formally put an end to 20 years of military stand-off. In May, the Ethiopian government, in a surprise move, announced that it would implement the Algiers Agreement of 2000. This was followed by a summit on July 9 between Eritrean President Isaias Afwerki and Ethiopian Prime Minister Abiy Ahmed, where a peace declaration was signed

Eritrea and Ethiopia fought a bloody war from 1998 to 2000 over territorial claims, leading to the death of over 80,000 people and the displacement of around 6,50,000. One of the disputed areas was Badme, a town in the Garh Barka region, over which the governments of the two countries, who were once close allies, fought.

The Eritrean People’s Liberation Front (EPLF), the predecessor of the current ruling People’s Front for Democracy and Justice (PDFJ) in Eritrea and the Ethiopian People’s Revolutionary Democratic Front (EPRDF), which is now part of the ruling coalition in Ethiopia, together fought the Ethiopian government during the Eritrean independence war and the Ethiopian Civil War in the 1980s and 1990s. EPRDF overthrew the Derg regime of Mengistu Haile Mariam in 1991 with the help of EPLF and in 1993, Eritrea gained independence ending a 30-year liberation struggle.

The Eritrea-Ethiopia territorial dispute, like many others in the continent, has its origin in the ‘Scramble for Africa’ in the 19th century when European colonial powers raced to annex the region. The Ethiopian-Italian Treaty of 1902 poorly demarcated the boundary between Ethiopia and Eretria, sowing the seeds of a conflict. In 1936, Italy, under the fascist regime of Benito Mussolini, merged its colonial territories of Eritrea, Ethiopia and Somaliland. The British took control of the region after defeating the Italians in World War II. Even after Britain relinquished control, it, along with the US, ensured that Eretria remained under Ethiopia. The latter was under the monarchical rule of Haile Selassie when in December 1950, UN Resolution 390 (V)federated Eritrea with Ethiopia.

The reason behind US and British interest in Eritrea, and their pushing for its federation with Ethiopia despite its history as an independent country, can be found in a 1945 letter written by the president an American company, Sinclair Oil Corporation, to the then US Secretary of State James F. Byrnes. The letter mentioned its agreement with the ‘the Imperial Ethiopian government for the exploration of petroleum in Ethiopia. It further noted that as the country was landlocked and there was a need to construct “adequate pipeline facilities from Ethiopia to a suitable seaport, as well as an export shipping terminal,” the only available access to the sea was through Eritrea.  The letter proposed:

“Our entire development program will seriously be delayed and affected should Eritrea be under the domination of any other power except Ethiopia. I, therefore, urgently request that your good offices support the demand of Ethiopia with respect to Eritrea.”

The independence of Eritrea in 1993 laid to rest one of the aspects of the conflict in the region, but the issue regarding the boundary simmered until it flared up in 1998.

The war between the two countries ceased on June 18, 2000 after the signing of the ‘Agreement of Cessation of Hostilities’, backed by the United Nations and Organisation of African Unity (OAU). The Algiers Agreement, as it as known, called upon both the parties to refrain from the use of force and release all prisoners of war. It also called for ensuring ‘humane treatment to each other’s nationals and persons of each other’s national origin within their respective territories’.

The agreement formed two commissions. The first was mandated with the delimitation and demarcation of the international boundary between the two countries (Boundaries Commission). The second looked into claims related to loss, damages and injury (Claims Commission).

In 2003, the Boundary Commission completed the delimitation process and decided to award most of the disputed territories, including Badme to Eritrea. The demarcation process could not be completed due to objections by Ethiopia, which refused to implement the decision of the commission and withdraw its forces.

With the signing of the peace treaty on Monday, the Abiy Ahmed government has agreed to respect the decision of the Boundary Commission, thus putting an end to one of the longest border conflicts in the region.

“We will demolish the wall and, with love, build a bridge between the two countries,” said Abiya, who was given a cheerful welcome in Asmara.