labor Why the Janus Decision Matters to Library Unions

On June 27, the Supreme Court delivered a blow to public sector unions that could affect many library workers. More than a quarter of librarians (26.2%) and around one-fifth of library technicians (19.3%) and library assistants 22.7%) are members. 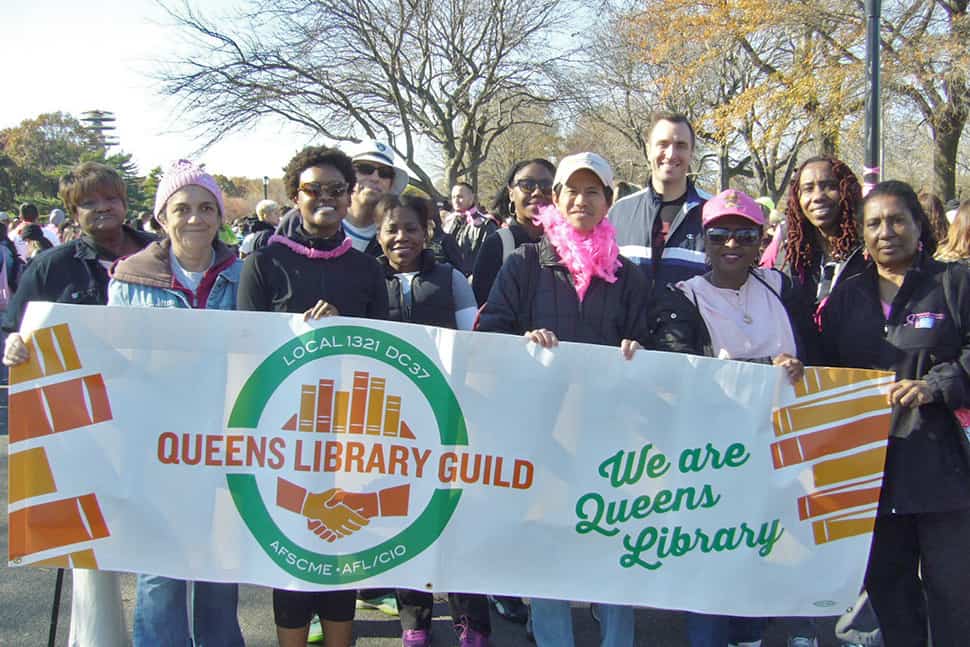 On June 27, the Supreme Court delivered a blow to public sector unions that could affect many library workers. The 5–4 decision in Janus v. American Federation of State, County, and Municipal Employees(AFSCME) declares it unconstitutional for public sector unions to collect agency fees from nonmember employees based on free speech grounds.

Library workers in public, school, academic, and other libraries who are employed through state and local governments in the 22 states that are not already right-to-work states are affected by this decision. Those who are not union members will no longer have agency fees deducted from their paychecks. More than a quarter of librarians (26.2%) and around one-fifth of library technicians (19.3%) and library assistants (22.7%) are union members nationwide, according to statistics compiled by the AFL-CIO Department for Professional Employees.

Some public-sector unions trace their roots to involvement from library workers. “There’s a deep history of librarians and library professionals in our local,” says Gino Renne, president of UFCW Local 1994, which represents librarians and library workers, along with many other types of public employees, in Prince George’s and Montgomery Counties in Maryland. “They’re very engaged in their unions; they’re somewhat militant when they need to be. They’re well-informed. They do their research. You don’t have to convince them of the value of collective action.”

Agency fees were legal in 22 states as a part of exclusive representation agreements between unions and the government as an employer. Under these agreements, unions are required to represent all workers in a bargaining unit, regardless of union membership. The Supreme Court first ruled in favor of agency fees in 1977 in Abood v. Detroit Board of Education, which held that collective bargaining agreements were legal and that agency fees, or “fair share fees,” would ensure that unions were paid for their work and prevent “free riders” from receiving the same benefits and protections as paying union members for free. While the June 27 decision upheld exclusive representation agreements between government employers and the unions as constitutional, it struck down the collection of fees from nonmembers, stating that the fees had proved “unworkable” because it was not possible to separate the political activity of a union from its bargaining role.

“I don’t buy the argument that unions were blurring the line,” says Renne. He says his union, and all those they operate with, maintained a hard line between political action and representational activities, documenting time spent and keeping strict accounting. Members were required to explicitly opt into political spending. “Saying, ‘You’re spending my money supporting political candidates that I may not agree with,’ that’s bullshit,” Renne says.

Some groups are using the ruling as an impetus to reduce union membership generally, sending fliers and going door-to-door to encourage public workers who are full members to leave their unions, touting cost savings. The State of Illinois, under Republican Gov. Bruce Rauner, sent an email to public employees soon after the ruling directing them to a new “change union membership status” web page that notifies them that agency fees will no longer be collected. The page also includes information on how to opt out of their union membership, which has always been an option under Illinois law.

Unions are responding by beefing up efforts to show the benefits of membership. Martin Brennan, head of the bargaining communications group of UC-AFT Unit 17 and copyright librarian at UCLA, says his union has organized drives to boost membership, which among librarians is now near 90%. Still, the union has had to lay off staff.

“While we are still in a healthy position overall, the greater danger for all public-sector employee unions is the potential for medium- to long-term erosion of membership,” says Brennan.

Some states turned to legislation to protect public-sector unions in anticipation of the Janus decision. New York passed a law in April that grants unions the ability to deny grievance representation to nonmembers while still representing all workers in a bargaining unit in contract-related negotiations. Hawaii’s state legislature is considering a bill that would create a fund for agency payments so fees will no longer come directly from workers’ paychecks. Several states, including California, Maryland, and New Jersey, have recently passed laws that mandate union presentations during employee onboarding, allowing unions to make the case for membership to new employees.

Those meetings can be a boost for unions that don’t already have them, says John Hyslop, president of the Queens (N.Y.) Library Guild, AFSCME Local 1321.

“Many people come to the workplace and aren’t aware of what their union is. They’re just happy to get a job,” he says. “If the union can explain what our purpose is and how the members have a voice in the workplace because of their participation in the union, then that’s good.”

While his union ran a membership drive in anticipation of Janus and other national-level decisions, it relies on local workplace issues in making its case—and currently has full membership.

“We’re more engaged with our members, we’re talking to them, we’re finding out what they need,” Hyslop says. “That’s definitely been a positive reaction to the case. We’re stronger for it.”

Renne agrees—somewhat: “This is going to do one of two things,” he says. “It’s going to be our death knell, or it’s going to be the kick in the ass we needed to rebuild those relationships with our members.”