The Commune Holds the Solution to the Crisis, Part 2

The continuation of a comunero leader’s reflections on the future of the communal project and the contradictions in the Bolivarian Process, in this interview with VA’s Ricardo Vaz. 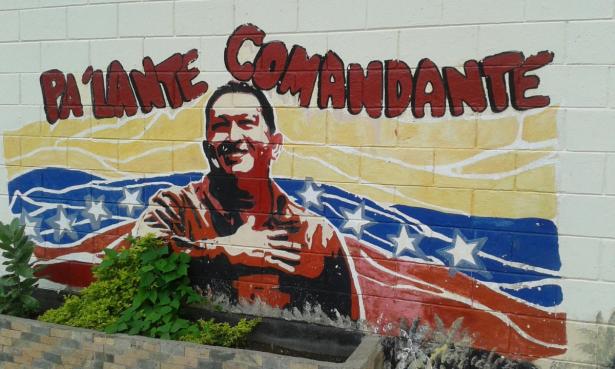 El Maizal commune is located in the middle of the Venezuelan plains, between the Lara and Portuguesa states. With a history of struggle and construction of popular power, it is a flagship of the communal movement in Venezuela. Continuing the discussion begun in Part I of the interview, we talked to Angel Prado, communal spokesman, about the political project that El Maizal is pushing forward, the questioned mayor’s elections of December, the role of the commune in the current context, and how the issue of the commune should enter into the new constitution.

El Maizal produces corn but sells its harvest to the state company Agropatria (1). However, if the commune is to contribute to the construction of socialism, should there not be control over the entire productive chain?

That is one of our aims in building the communal city and accumulating forces to allow us to grow and move forward. A first stage involves controlling more means of production, because we need them to go beyond being just primary producers and enter the cycle of industrialization. Before that happens, we know we will come up against a variety of enemies, but we will also count on plenty of allies in the government and throughout the country.

We believe that, with our experience and political capital, we cannot continue being mere raw material producers and hand everything over to the state or the private sector, and then leave this region with no supplies, which is absurd. The issue of self-government is about people realizing that territorial self-government is capable of solving problems. And right now the priority is food, and our economy is based on food production, so we cannot go on producing and have the state or the private sector take it all in the end.

For that reason, this year we are creating a network of micro-companies, using very basic technology, that will be able to receive, process, conserve and distribute within the communities. For example, for corn we have a small mill and we have the barn ready to install a small machine to process corn. The only step remaining is to build silos, even if in a do-it-yourself fashion. The milk and meat production, which has been increasing, is not being sold to the state nor to the private sector, but is instead distributed directly to the community. The same thing goes for coffee, vegetables and other things we are growing here in the commune and with small producers.

The next step is to set up a small industry that will at least allow us to enter this dynamic and consolidate an industrial system adapted to our capacity. We will not have a mega-industry like Polar (2), but we should at least be able to process what we produce.

I believe that organization is born out of necessity. Where there is a larger population, there is greater necessity. What is not produced in the countryside can be produced in the city. Here we can grow corn and raise cattle because we have the right conditions to do so, but in a city, in any house one can produce clothing, or the eyeglasses one needs, watches and shoes. One can also process food.

Now there is a certain “complex” we sometimes perceive, a selfish attitude among those who live in urban areas and believe that only campesinos should produce, that only campesinos need to organize in communes. If we were to apply the same logic, why not consider those in the city to be mere parasites? If a truck with food goes from here to Caracas, then it should return from Caracas with clothing! This is an important debate. We have told many communities in Lara state, that it is fine to come to El Maizal and buy something at a fair price, but what are you contributing from your end?

In the urban barrios of big cities, where there is a high concentration of people, there needs to be organizing, be it around the problem of security, of social coexistence, healthcare or services, in addition to developing productive activities. The big industries, the mechanical workshops, etc., are in the city. The workers live in the barrios! Because of this accumulation of people, there is also better access to information and technology. In effect, we need to dispel the myth that the productive commune can only exist in the countryside.

What do you think should be the role of National Constituent Assembly (ANC), of which you are a member, in the current political context?

I believe the Constituent Assembly should have assumed the role of legislating and taking tough decisions in order to really tackle the economic crisis. We have always seen the government depositing a lot of trust in the private sector, allocating dollars, and making concessions. We have given plenty of opportunities to the private sector, and yet what we see is the situation getting worse every day with regard to food, prices, inflation, etc.

The ANC received a lot of support for two main reasons, one had to do with the guarimbas and the need to secure peace, which to a certain extent it did. The other was the economic situation, which overwhelmingly affects poor people, and is still to be solved. Now, I believe the ANC also has the role of restructuring the constitution and implementing a series of laws to allow for an accelerated advance towards the communal, socialist state that we believe in and which Chávez proposed. There is a great deal of interest and hope to see, once we win the elections (3), what political course the country is going to take, keeping in mind that the ANC has yet to take the important decisions it should.

How should the commune figure in the new constitution?

We believe the commune should be a theme that runs through the entire constitution and not just an article in it. If the commune marks the way forward, then the whole constitution needs to reflect that, so that the state is reoriented towards the communal state and socialism. It makes no sense to have 350 articles and then add a 351st which states that the commune exists! I believe that, from the first article to the last, the issue of communes needs to cut across the constitution, to make clear the kind of state we want to build. 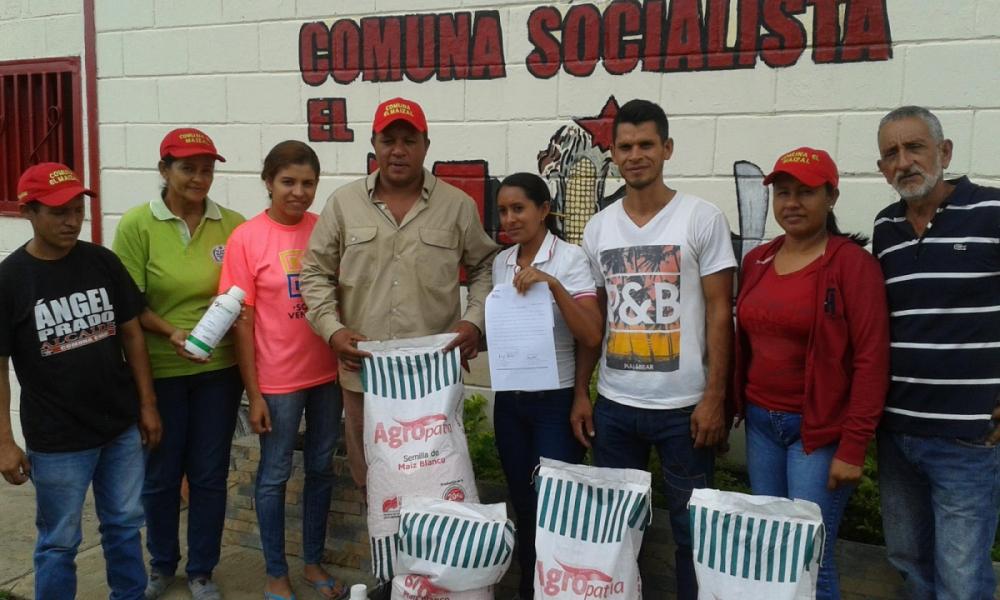 We should also point out that the commune is not just about legal and administrative questions. It is also a cultural issue; it has to do with building a new culture of government, a new way of doing politics and of managing and assigning resources. All of that needs to be addressed by the new constitution. Furthermore, when we talk about culture, that also has to do with terminology. By contrast, when we talk about municipalities or parishes, that is not ours!

Therefore, the commune also has to do with the territorial organization of the country. El Maizal is in two municipalities, in two states, but it is the same phenomenon. More than a political and territorial breakdown, the challenge is to create a new way of organizing the territory based on the people’s logic, the human geography, and do away with borders that were inherited from colonialism. In a way, it is about going back to Simón Rodríguez’s concept of toparchy: the government from the territory and with the territory.

Now, I believe this should lead to an interesting and intense debate in the ANC, with a view to recovering, in case we have forgotten it, the proposal of comandante Chávez. It is one way of moving forward. It might not be the only or the most perfect one, but Chávez studied presented it, and from where we stand we believe it could be a viable way to carry out the territorial organization of the new state as we move towards socialism.

As I said, El Maizal is a territory that spans two states, and our communal city will spread through many parishes. The communal federation we envision, from here to Buría, which is an area where there are four communes, would incorporate territory across three states: Yaracuy, Lara and Portuguesa. Therefore I think the new constitution needs to address this new territorial order the way Chávez presented it: with new terminology, new forms, a new logic, and with the new geometry of power in the territory.

(1) In a forthcoming article, we will delve into the productive activities of the El Maizal commune, as well as its complex relationship with the state.

(3) This interview was conducted in May 2017, before the May 20 presidential elections in which Nicolás Maduro won reelection.