The Three Tribes of Austerity

Austerity prevails in the West because three powerful political tribes champion it. 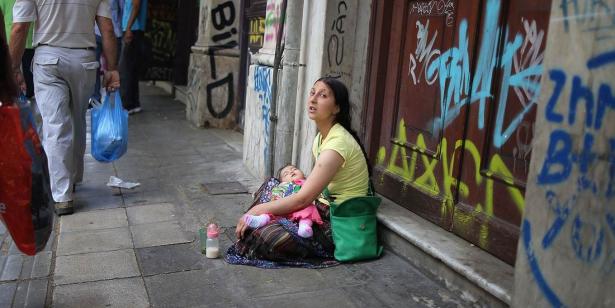 No policy is as self-defeating during recessionary times as the pursuit of a budget surplus for the purpose of containing public debt – austerity, for short. So, as the world approaches the tenth anniversary of the collapse of Lehman Brothers, it is appropriate to ask why austerity proved so popular with Western political elites following the financial sector’s implosion in 2008.

The economic case against austerity is cut and dried: An economic downturn, by definition, implies shrinking private-sector expenditure. A government that cuts public spending in response to falling tax revenues inadvertently depresses national income (which is the sum of private and public spending) and, inevitably, its own revenues. It thus defeats the original purpose of cutting the deficit.

Clearly, there must be another, non-economic, rationale for supporting austerity. In fact, those favoring austerity are divided among three rather different tribes, each promoting it for its own reasons.

The first, and best known, “austerian” tribe is motivated by the tendency to view the state as no different from a business or a household that must tighten its belt during bad times. Overlooking the crucial interdependence between a government’s expenditure and (tax) income (from which businesses and households are blissfully free), they make the erroneous intellectual leap from private parsimony to public austerity. Of course, this is no arbitrary error; it is powerfully motivated by an ideological commitment to small government, which in turn veils a more sinister class interest in redistributing risks and losses to the poor.

A second, less recognized, austerian tribe can be found within European social democracy. To take one towering example, when the 2008 crisis erupted, Germany’s finance ministry was in the hands of Peer Steinbrück, a leading member of the Social Democratic Party. Almost immediately, Steinbrück prescribed a dose of austerity as Germany’s optimal response to the Great Recession.

Moreover, Steinbrück championed a constitutional amendment that would ban all future German governments from deviating from austerity, no matter how deep the economic downturn. Why, one may ask, would a social democrat turn self-defeating austerity into a constitutional edict during capitalism’s worst crisis in decades?

Steinbrück delivered his answer in the Bundestag in March 2009. “It’s democracy, stupid!” would be an apt summary of his tortured argument. Against a background of failing banks and a mighty recession, he opined that fiscal deficits deny elected politicians “room for maneuver” and rob the electorate of meaningful choices.

While Steinbrück did not spell it out fully, his underlying message was clear: Even if austerity destroys jobs and hurts ordinary people, it is necessary in order to preserve space for democratic choices. Oddly, it did not occur to him that, at least during a downturn, democratic options are best secured without fiscal tightening, simply by increasing taxes for the rich and social benefits for the poor.

The third austerian tribe is American and perhaps the most fascinating of the three. Whereas British Thatcherites and German social democrats practiced austerity in an ill-conceived attempt to eliminate the government’s budget deficit, US Republicans neither genuinely care to limit the federal government’s budget deficit nor believe that they will succeed in doing so. After winning office on a platform proclaiming their loathing of large government and pledging to “cut it down to size,” they proceed to boost the federal budget deficit by enacting large tax cuts for their rich donors. Even though they seem entirely free of the other two tribes’ deficit phobia, their aim – to “starve the beast” (the US social welfare system) – is quintessentially austerian.

In this sense, Donald Trump is a Republican in good standing. Aided by the dollar’s exorbitant capacity to magnetize buyers of US government debt, he feels certain that the more he boosts the federal budget deficit (via tax giveaways to his ilk), the greater the political pressure on Congress to cut Social Security, Medicare, and other entitlements. Austerity’s usual justification (fiscal rectitude and public-debt containment) is jettisoned in order to achieve austerity’s deeper, political objective of eliminating support for the many while re-distributing income toward the few.

Meanwhile, independently of establishment politicians’ aims and their ideological smokescreens, capitalism has been evolving. The vast majority of economic decisions have long ceased to be shaped by market forces and are now taken within a strictly hierarchical, though fairly loose, hyper-cartel of global corporations. Its managers fix prices, determine quantities, manage expectations, manufacture desires, and collude with politicians to fashion pseudo-markets that subsidize their services. The first casualty was the New Deal-era aim of full employment, which was duly replaced by an obsession with growth.

Later, in the 1990s, as the hyper-cartel became financialized (turning companies like General Motors into large speculative financial corporations that also made some cars), the aim of GDP growth was replaced with that of “financial resilience”: ceaseless paper asset inflation for the few and permanent austerity for the many. This brave new world became, naturally, the nurturing environment for the three austerian tribes, each adding its special contribution to the ideological supremacy of austerity’s appeal.

Austerity’s pervasiveness thus reflects an overarching dynamic that, under the guise of free-market capitalism, is creating a cartel-based, hierarchical, financialized global economic system. It prevails in the West because three powerful political tribes champion it. Enemies of big government (who see austerity as a golden opportunity to shrink it) coalesce with European social democrats (dreaming of more options for when they win government) and tax-cutting Republicans (determined to dismantle America’s New Deal once and for all).

The result is not only unnecessary hardship for vast segments of humanity. It also heralds a global doom loop of deepening inequality and chronic instability.

Yanis Varoufakis, a former finance minister of Greece, is Professor of Economics at the University of Athens.