We Didn’t Call It Rape

I know what happened at prep school parties in the 1980s. The Brett Kavanaugh and Mark Judge allegations are upsettingly familiar. 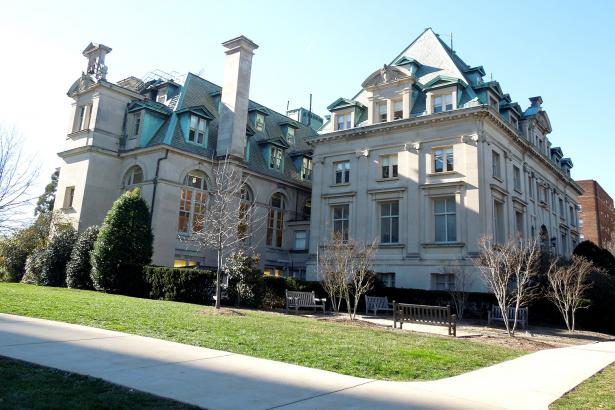 Sunday evening, the New Yorker published a second allegation of sexual misconduct against Supreme Court nominee Brett Kavanaugh. But it wasn’t just the new allegation that caught my attention. There’s a paragraph that appears late in the piece in which Elizabeth Rasor, the high school girlfriend of Mark Judge—the man Christine Blasey Ford alleges was in the room when Kavanaugh assaulted her—says that Judge once admitted to what would now be called a potential case of gang rape. This passage does not directly address the new allegation against Kavanaugh, but it does corroborate the kind of culture where something like this could happen:

Rasor recalled that Judge had told her ashamedly of an incident that involved him and other boys taking turns having sex with a drunk woman. Rasor said that Judge seemed to regard it as fully consensual. She said that Judge did not name others involved in the incident, and she has no knowledge that Kavanaugh participated.

I wish I were surprised. A week ago Sunday when Ford first shed her anonymity, detailing her sexual assault allegation against Kavanaugh to the Washington Post, I wrote a note in the Facebook alumni group of my high school, National Cathedral School. I told my 1988 classmates that Ford’s story was bringing back disturbing high school memories. Apparently, I was not alone. A lot of women now in their 40s and 50s, who went to these single-sex D.C. prep schools in the 1980s, have been reaching out to each other in fraught emails and chats over the past week. Not only did the Holton-Arms alumnae start a petition in support of Ford, their fellow alum; there’s also one for anyone to sign who survived that toxic time and place.

I don’t personally know Ford now, and I didn’t know her in high school. But as the Holton women wrote, what Ford is alleging is “all too consistent with what we heard and lived while attending Holton. Many of us are survivors ourselves.” And what Elizabeth Rasor alleges Mark Judge told her is not foreign to me, either. Whether and how the nation comes to hear more about these specific stories, they have evoked a collective scream.A large part of my high school experience were the parties at cavernous houses with multiple bedrooms, huge dark basements with enormous sofas and yards, and lots and lots of beer. No parents—thinking back on it now, as a parent myself—were ever around. We traveled in groups and knew never to leave a friend alone at a party, but there was so much drinking that we sometimes lost track of each other. It could be difficult to know where your friends were and—if they were in a room with a boy—what was going on in there.

Every June, we had Beach Week—a tradition also described in a Washington Post piece about Ford—in which teenagers actually rent houses to party at the beach, something I still don’t quite comprehend. I distinctly remember being at a Beach Week party with my then-boyfriend when it dawned on us that there was a drunk girl in a room down the hall, and boys were “lining up” to go in there and, presumably, have their way with her. We didn’t know for sure, but my boyfriend and my friend’s boyfriend went to interrupt it and sent her on her way down the stairs. All I remember about her is that she was in the class above us and had dark hair. My friend has told me she remembers boys saying, “I’m next,” which was why our boyfriends went to stop it. That was the only time I can clearly remember a situation that was so obviously a “lineup,” as it was referred to by some at school. My friend remembers witnessing another, and though there weren’t lineups of this nature at every party, they happened often enough that we had a term. We didn’t call it rape.

It was not always so formal a queue. I remember another time when boys were sitting in kind of a campfire circle that could have started as a game of spin the bottle. But by the time I walked through the room there was a girl who was drunk and in the center of the circle, and the boys were taking turns putting their hands up her skirt instead of kissing her.

They happened often enough that we had a term. We didn’t call it rape.

For these girls who were assaulted, it felt like no one had adequately looked out for them, in a place where groups of two or more boys might be looking for someone who was drunk and vulnerable. I attended these parties knowing there was always a chance of this happening to me, were I not careful. I saw older boys who didn’t participate seem more angry at the girls who had “let” themselves get into bad situations. Our boyfriends had been able to stop that lineup only because they were seniors. But it was often like this: a solitary girl who found herself helpless against the power of a group of boys. It’s why Ford’s description of her alleged attack sounded so plausible to me—two drunk boys who had cornered her and were egging each other on. We went through years of parties like this intimidated, afraid, and horrified. And yet it was also just the way things were.

My high school, NCS, like St. Albans, Holton-Arms, Georgetown Prep, and others, are elite girls and boys schools attended by the sons and daughters of the wealthy and powerful in Washington. Not everyone had famous last names, of course, but they moved in elite social circles in media, law, and politics. The schools were seemingly unofficially partnered, one girls school to one boys. For NCS it was St. Albans. They were the boys just across the way, our other half, built in for us to socialize with. We were allowed to take certain classes with each other in later grades—I distinctly remember St. Albans’ boys telling me that they were going to take the NCS classes “because they were easier.” But we never got to just hang out in the hallways during recess with each other; we didn’t have the opportunity to just be around each other as friends and classmates. I suspect this is part of why every encounter became sexualized.

Now, it’s clear to me how powerless I felt throughout high school. The entire time I attended NCS, we had a male headmaster. We were a school for girls, which was presumably meant to empower us, but the boys were still in charge. High school is where we learned to put up with it. And now, as the prep-school boys are running the country and a kind of masculine backlash has taken hold of our democracy, it feels like we’re back in high school again.

These allegations involving Kavanaugh have clearly touched a nerve across the country and among my cohort. Many of us are processing and grappling with these experiences that linger on our consciences many years later. We need to tell these stories of horror we once hid, in order to overcome those who would hold us back from the world we want to live in. The men who graduated from these schools must take it upon themselves to assess the culture they came of age in, to reflect on and take responsibility for it. The women who experienced these things are angry and rightfully so. And we have all of us been too silent for too long.

If you are struggling to process a memory of sexual violence, you can reach out for help by phone to the Rape, Abuse, and Incest National Network at 1-800-656-4673 or over text message to the Crisis Text Line at 741-741 (on almost all carriers, these texts are free).

Alexandra Lescaze is a documentary filmmaker and executive director of the Sidney Hillman Foundation.