U.S. Military Returns to Exert ‘Influence’ in Ecuador and the Region

The change in direction of Ecuador's policies under President Moreno is signaled by the return of a U.S. military presence. This is part of a larger push from Washington to reassert its historical role across Latin America and the Caribbean. 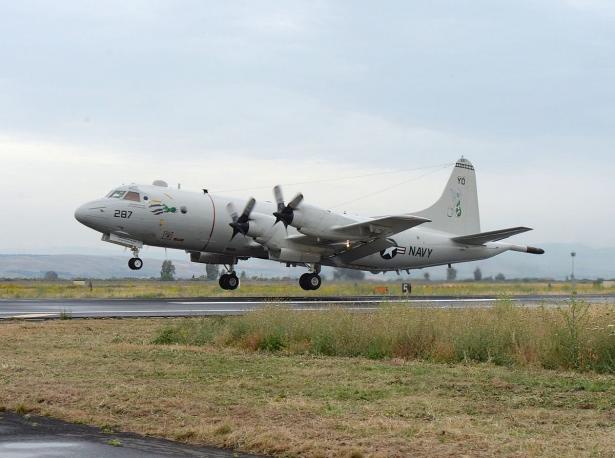 As Oswaldo Jarrin, Ecuador’s Deputy Defense Minister, spoke to the media about a new binational program using U.S. military planes to surveil the Andean country’s coast, an Ecuadorian flag in the backdrop fell, smacking another official square in the head.

Video of the botched press conference made the rounds on social media, with those opposing the reboot of the controversial “flyover” program pointing tothe symbolism in the blunder.

Under the “cooperation agreement” signed by the government of President Lenin Moreno with the U.S. earlier this year, a Lockheed P-3 Orion maritime surveillance aircraft from the U.S. Customs and Border Protection Agency will now monitor Ecuador’s coast for three to four days every month to “fight against drug trafficking, organized crime, human trafficking, illegal fishing, and contraband.”

Such an arrangement is hardly new. An almost identical program operated from the coastal city of Manta, Ecuador from 1999-2009, until then-President Rafael Correa decided not to renew the lease.

Under Correa, the Ecuadorian government championed a new constitution that declared Ecuador as “a territory of peace” and barred “foreign military bases”—a fact that his critics cite as evidence of the possible illegality of Moreno’s move. Moreno served as vice president to Correa.

The return of a U.S. military presence in Ecuador is part of a larger push from Washington to reassert its historical role across Latin America and the Caribbean.

Earlier this year, a series of kidnappings and violent attacks had Ecuador on edge.

On January 27, dozens were injured after a car bomb detonated near a police station in the town of San Lorenzo close to the Colombian border. The attackwas attributed to dissidents from the Revolutionary Armed Forces of Colombia (FARC), and Ecuador sent an extra 7,000 security personnel to the area.

Moreno moved quickly to invite the FBI to assist with “investigations” and later decided to re-invite the U.S. Office for Security Cooperation into the country. Correa had expelled those officials, arguing the U.S. government was “infiltrating” Ecuador’s national security institutions.

Almost a month later, one person was killed after another car bomb exploded in the small mountain village of Colta. Then, in late March, two journalists and a driver from the daily newspaper El Comercio were kidnapped near the Colombian border, prompting a massive public campaign calling for their release and return. Two weeks later, officials confirmed that the three had been killed, with FARC dissidents once again being blamed.

Moreno responded by boosting the number of police and military in the region to 10,000, and also pulled Ecuador from its role as guarantor in the peace negotiations between the Colombian government and the ELN guerrillas.

Conservative sectors in the country ramped up calls for a return of U.S. forces to combat drug trafficking as well as armed groups.

According to Mario Ramos of the Andean Center for Strategic Studies, the government seized on public fears from these events to open the door to a return of the U.S. military.

“These events are what created political and media cover to justify the return of the U.S. military presence in Ecuador,” Ramos tells The Progressive.

Given the record of U.S. involvement in the country, reinstating a program of this sort would previously have borne significant political costs to anyone supporting it.

President Jamil Mahuad, who ran the country from 1998 to 2000, granted the U.S. military rent-free use of the Eloy Alfaro Military Base in Manta for a ten-year period starting in 1999. The Forward Operating Location (FOL) mission also used P-3 Orion surveillance planes to surveil trafficking vessels.

According to Ramos, however, this is not what actually occurred.

“The presence of FOL in Manta resulted in maritime interception operations, which led to the sinking of more than forty Ecuadorian fishing or commercial vessels,” and the death of Ecuadorian citizens, Ramos says.

A committee of the country’s legislature was convened to investigate the mission’s involvement in possible human rights violations, including illegal extraditions.

The Ecuadorian government under Correa was also concerned that U.S. officials working through institutions such as the FOL could be influencing the leadership in Ecuador’s military and police.

These fears were confirmed when cables released by Wikileaks showed then-U.S. Ambassador Heather Hodges, detailing the diplomatic corps “strategy to remain engaged with the Ecuadorian military” through cooperation agreements with the police. In the communication, Hodges points to training programs as crucial to developing relationships that could be used to exert pressure on Ecuador’s government.

Moreover, an investigation by the truth commission looking into Colombia’s bombing of a FARC camp in Ecuador also found that the Manta base had been used to provide logistical support for the bombing—something that would have fallen well outside of the purview of the FOL.

Even the success of the mission in achieving its own mandate has been questioned.

“(The FOL) did not succeed in its fight against drugs, since statistics showed that the National Police seized more drugs than the Manta FOL in that period,” Ramos said. The seizing of one ton of drugs in the Manta military base just days after the U.S. flights resumed, brought the past record of the U.S.-led operation into focus.

Ecuador is not the only Latin American nation to broker new agreements with U.S. military.

Weeks after U.S. and Argentine military conducted joint exercises, President Mauricio Macri came under fire for reportedly agreeing to allow up to three U.S. military bases in the Neuquén region.

Before leaving office, Colombian President Juan Manuel Santos announced his country’s intention to join NATO, a move which raised eyebrows in and outside of his country.

There have been other large-scale, joint military exercises conducted in the region in recent months, including Amazonlog in Brazil, Tradewinds in the Caribbean, and Unitas in Colombia.

While U.S. officials maintain that these drills are routine and long-standing, some regional leaders warn that plans for a military intervention against Venezuela are being hatched.

Indeed, Trump recently doubled-down on statements about a “military option” for Venezuela, telling reporters on the sidelines of the UN General Assembly that “all options are on the table, every one.”

Along with recent announcements by newly-minted Colombian President Iván Duque that his country would upgrade its air defenses, and the Colombian air force’s indefinite order to remain on high alert, concerns about the real threat of a regional conflict may be well-founded.

And while Ecuador has played a mediating role in the past, Moreno’s government is unlikely to continue that position, experts say.

“Whereas the past government of Ecuador would have actively and aggressively opposed a U.S.-backed military intervention in Venezuela, the Moreno government would likely . . . refrain from pursuing strong diplomatic measures in defense of Venezuela’s sovereignty,” Alexander Main, Director of International Policy at the Center for Economic and Policy Research, tells The Progressive.

“The Moreno government has chosen to prioritize relations with the U.S. government, and the signing of the cooperation agreement is a clear reflection of that,” Main says.

After a decade that saw various Latin American governments favor independent foreign policies, and during which China and Russia forged strong diplomatic and economic ties across Latin America and the Caribbean, in recent years, the U.S. government, military and aligned political groups have been working in tandem to reassert Washington’s leadership in the hemisphere.

Cooperation agreements involving intelligence and security officials are key to achieving those designs, according to Main.

“The overarching objective for the U.S. is to achieve strategic control over security forces throughout the region, and this can be largely achieved through the intrusive bilateral security cooperation programs that the U.S. has with many governments in Latin America.”

U.S. leaders are making little effort to keep their intentions a secret.

During his confirmation hearing, the next commander of the U.S. Southern Command (SOUTHCOM), Navy Vice Admiral Craig S. Faller stressed the importance of “new and stronger partnerships” and the offer of “unmatched military education, training and equipment.”

Both the 10-year SOUTHCOM Theatre Strategy and the 2018 National Defense Strategy emphasize relationships with partner nations and their security institutions as vital to sustaining “American influence and ensure favorable balances of power.”

In Ecuador, this appears to already be having an effect.

Just days after hosting a SOUTHCOM delegation, President Moreno cut Wikileaks founder Julian Assange’s access to the internet in the Ecuadorian embassy in London (where he has received asylum protection since 2012) while also banning visitors who are not part of his legal team. Ecuador’s government has also increasingly changed its tone on Caracas, mirroring the tone of other U.S. allies towards Nicolas Maduro and his government.

For Mario Ramos, this acquiescence is a direct sign of the influence that is now being successfully exerted by Washington on Quito.

“Ecuador has become another piece of U.S. geostrategy, and that is evident.”