As Narcos: Mexico begins taking over your Netflix homepage, Luna spoke with The Globe and Mail’s Barry Hertz about criminalization and representation. 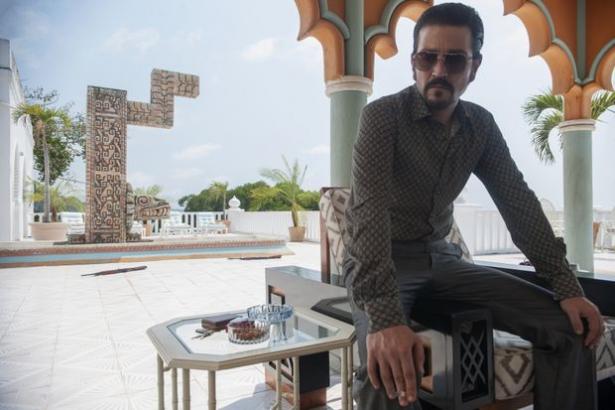 North America has a drug problem. In the consumption and enforcement areas, no question, but also in the entertainment landscape. Judging by the average Netflix queue, we simply cannot break our addiction to movies and series about traffickers and the cops who hunt them. A simple Netflix search for “cartel,” for instance, nets 21 titles – including the latest and most high-profile, Narcos: Mexico.

The drama’s new season shifts the action from Pablo Escobar’s Colombia of the late 1970s to Mexico’s pot and cocaine cartels of the mid-1980s. And just as previous Narcos seasons focused on real-life drug lords, this year’s target is squarely on Miguel Angel Felix Gallardo, who founded the feared Guadalajara Cartel, and is here played by Diego Luna. It’s a good fit for the 38-year-old Mexican-born actor (Rogue One, Y Tu Mama Tambien), who has yet to sink his teeth into as meaty, and layered, a role.

As Narcos: Mexico begins taking over your Netflix homepage, Luna spoke with The Globe and Mail’s Barry Hertz about criminalization and representation.

It’s interesting to be talking about this series not only a few weeks after Canada legalized recreational pot, but the same week [alleged Mexican drug lord] El Chapo’s trial starts in New York.

This season of Narcos does feel more real – like it’s so much more about the present. It’s not the marketing plan, but it’s a clear sign that we have to rethink things, because the strategy until today hasn’t worked. Here, you see how everything started, and how it’s set the mess we’re living in today that characters like El Chapo could even exist.

At the beginning of the series, a voice-over literally announces that this is a story without an end ...

Hopefully, we as a generation can find the end. I mean you, calling from Canada, you guys are maybe seeing it. We have to think about this as a health issue, and think about the steps like the one you just made as a country. But that doesn’t seem to be the case in many, many places. But that’s the one thing I like about the series, also – it doesn’t tell you that everything is black and white, that there are good people and bad people. This series lives in the grey areas. It’s not about one bad man, but a whole system. I like a series that pushes you to go a little further in your judgment.

Open this photo in gallery 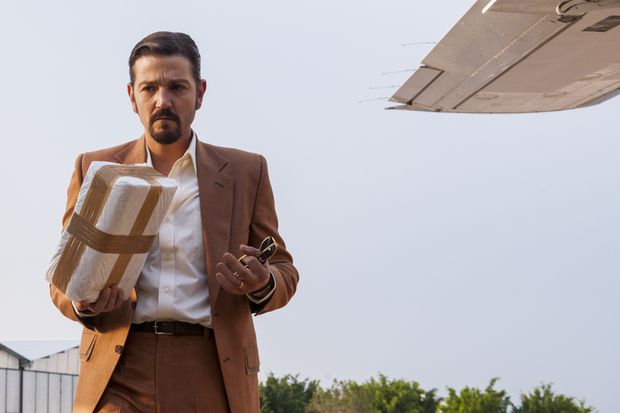 'This season of Narcos does feel more real – like it’s so much more about the present.'

It seems like now more than ever, though, we have a wealth of these kind of stories, this flood of cartel content.

I think it’s always been there – it’s just that the industry is changing. There’s new forms now that have brought freedom for storytellers. Go through Netflix and you can find stuff that was shot in different countries, in different languages, that before you couldn’t have imagined getting access to. And also the necessity of telling these stories has always been there. There’s something fascinating about characters who are willing to cross a line you’re not willing to cross. How many films and movies and songs have been inspired by prohibition? And then you have Westerns, and then Shakespeare. It’s always been there. It’s just that this issue has become a global one really fast. We’re talking about 30 years ago, which is not that long. It used to be you could see a story about drug violence here and there, and suddenly it’s everywhere, and that’s because communication has changed. Today, something happens in Mexico and the world knows about it in minutes.

With this new flood of content from Netflix and others, is it a benefit for you as a performer, with more opportunities? Or is it more a case of: “I hope my show doesn’t get lost in the shuffle”?

There should always be a balance. It’s important that we’re aware as artists of what audiences want, but also to not forget about what we want to say. This new world we’re living in, TV is taking all the risks that cinema used to. And I celebrate this, with companies investing in young voices, diverse voices, local productions. But there has to be a reason for whatever story you’re telling, a need. If you’re just looking for popularity, then that’s a really sad journey.

How important is it that Netflix is investing in a program like this where half, or more, of the dialogue is in Spanish? And with Latin American performers and directors?

Long ago in cinema, the attitude was, “If your film is in Spanish, you only have this far of a reach.” But then comes along a case like Alfonso Cuaron’s Roma, to remind you that, no, that’s not true. When you tell a story that speaks to people in the right place, there’s no language that matters. The audience is now celebrating accuracy and authenticity more than anything. And the content has become so specific that audiences are getting very sharp in finding out when it’s true and honest and coming from the right place, and when it’s not.

This interview has been condensed and edited