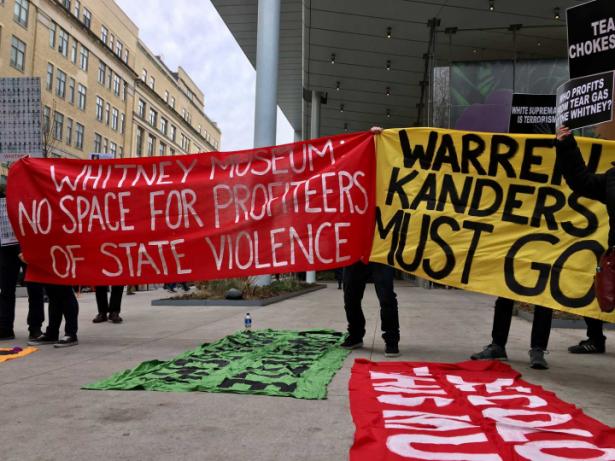 Activists from Decolonize This Place gathered at The Whitney Museum’s entrance on December 9,photo by Ashoka Jegroo/Hyperallergic

The term is trendy but vacuous. Look to history, not prehistory, to understand U.S. challenges.

American Politics Could Use More Conflict

The real problem is not 'tribalism' but the unity among the elites.

The French Protests Do Not Fit a Tidy Narrative

By Carter Ratcliff
December 15, 2018
Hyperallergic
The Whitney Museum has not had the moral courage to reject support from a benefactor who generated his wealth in socially irresponsible ways.

How US Billionaires are Fueling the Hard-Right Cause in Britain

By George Monbiot
December 7, 2018
The Guardian
That Spiked magazine’s US funding arm received $300,000 from the Charles Koch Foundation suggests a hidden agenda.

The world a half-century later looks a lot more like 1968 and what followed than what preceded it.