An analysis of what defines our sense of self is scholarly and tender but unsatisfying. 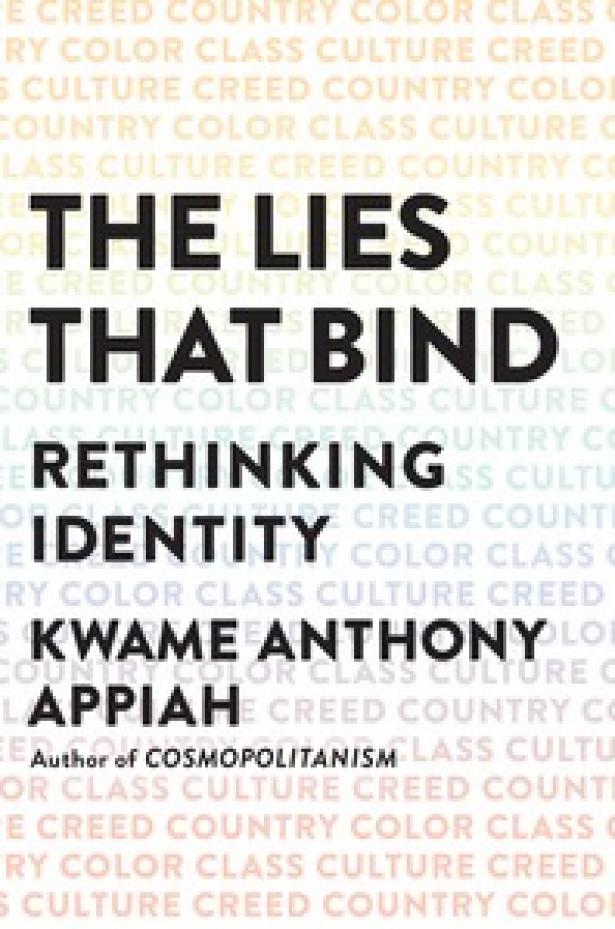 The Lies that Bind: Rethinking Identity

Are we, I wondered after reading Kwame Anthony Appiah’s The Lies That Bind, entering a new phase of European Romanticism? A repeat of the era in which leaders sought to distil the idea of the volk – these days expressed as Brexit’s “will of the British people”. An obsession, in other words, with an imagined pristine concept of sovereignty, driven by a nativist essence purporting to offer certainty against the forces of change.

Being a philosopher, and a very erudite one at that, Appiah doesn’t so much answer these questions as pose them in newly lucid ways. In the storytelling tradition of his craft, he gives us 19th-century Trieste, a place whose history I was only remotely familiar with until I heard his 2016 Reith Lectures, which also served as the genesis for this more detailed work.

It builds on the thesis he first set out in those talks, including his discussion of the Adriatic city, which reminds me of Brexit-era London: “We are Triestines; we are cosmopolites; we… have nothing to do with Italian and German nationalities”.

When I heard the Reith Lectures, I was impressed, both by Appiah’s choice of identity as his subject and his handling of it, but not persuaded. He set out to deconstruct “the lies” – our ideas of creed, colour, country and class identities – in ways that reveal the futility of essentialism. It was all very compelling, but dismissive of the social reality that these identities have come to form.

If the lectures exposed “the lies”, this book offers much more on “the bind”. It’s patently ridiculous to believe that black people are incapable of enjoying classical music and yet, as Appiah reminds us, the black graduate student whistles Vivaldi to signify his knowledge of western culture. In Australia, where I was last month, I found late-night fast food restaurants playing classical music that – locals told me – was designed to deter young black men from congregating outside.

Western culture is an equally absurd idea – a euphemism for an oppositional identity that seeks to distinguish Christendom from the Muslim world. One of the clearest calls in the book is for an abandonment of these outdated and dishonest ideas of Eurocentrism.

Appiah’s breadth of scholarship allows him to create connections that would otherwise be hard to come by. Nationality is brilliantly deconstructed through the lens of 19th-century Europe. Colour, and the morbid history of European constructions of race, is delivered through the story of Amo Afer – an 18th-century philosopher who came from Ghana and, despite an illustrious career in Europe, returned to his homeland, heartbroken from lingering expressions of racism.

Appiah handles such tales with subtlety and tenderness because, he hints, he relates to them. And he is eminently qualified to write about identity. Wherever the eminent philosopher seems to tread, he leaves a trail of scholarly references in his wake. Add the particulars of his own life – descended from elite families in both Ghana and England; mixed-race, transnational and gay – and it makes sense that he would have a great deal to contribute.

But there is something unsatisfying about the book too. Having problematised all of our labels, Appiah is indecisive about whether they should continue to bind us or not. He employs a beautiful metaphor from his Ashanti heritage, of the gold weights made by pouring molten metal into wax moulds, producing a shape that persists long after the moulds have melted.

We are fixed in our identities, yet Appiah says we should not be fixed. There is barely a word in his book I don’t agree with, but I wish they added up to something more solid.

Afua Hirsch is a Guardian columnist.