There is probably no greater illusion in the field of national security than the idea of credible missile defense. 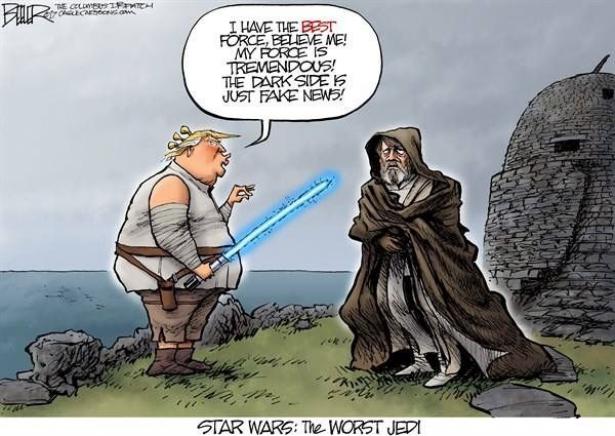 Donald Trump and his “war cabinet” have struck again.  In the wake of record defense spending; the creation of a Space Force that would violate the Outer Space Treaty agreed to fifty years ago; the abrogation of the Intermediate-range Nuclear Forces Treaty from thirty years ago; and the chaos of random decision making for use of force, the Trump administration is returning to the madness of President Ronald Reagan’s “Star Wars” idea with costly and ineffective ideas regarding missile-defense technologies.

Trump’s Pentagon is reviving ideas that were abandoned after the dissolution of the Soviet Union in 1991, including weapons that can shoot down missiles from space and high energy lasers that can destroy missiles shortly after they are launched, the so-called boost phase.  Trump plans to go further than Reagan by deploying missile defense in Europe and Asia to protect U.S. forces and regional allies.  Congress was skeptical of Reagan’s “Star Wars” in the 1980s, but the current Congress has been unwilling to challenge the outrageous national security policies of the Trump administration.

Unlike Reagan’s “Star Wars,” which was designed to protect against a strategic attack from Russia or China, Trump’s version is oriented to stopping an attack from so-called rogue nations such as Iran or North Korea.  According to the Washington Post, the United States would put high-powered lasers on drones flying off the Korean coast and create a third ground-based missile interceptor site in the United States to defend against Iran.  The North Korean and Iranian scenarios are quite fanciful, but then again the exaggeration of the threat from the Soviet Union and China in the 1980s was equally far-fetched.

There is probably no greater illusion in the field of national security than the idea of credible missile defense.  Over the past sixty years, the United States has invested hundreds of billions of dollars in the research and development of missile defense.  Most tests have been failures, and no test has been conducted under realistic conditions.  When the Soviets had a missile defense around Moscow in the 1960s, U.S. military planners gave it no weight in their targeting strategy.  The defensive systems are highly vulnerable to inexpensive countermeasures, and there has never been a defensive system that could distinguish between warheads and decoys, which emit almost identical signals.

Twenty years ago, a U.S. National Intelligence Estimate concluded that  making and deploying countermeasures is technically far simpler than building and deploying defensive capabilities.  Countermeasures are well within the capability of developing nations that could deploy missiles.  Countermeasures, moreover, are far less expensive.  The likely response of an adversary to any perceived missile defense would be increasing offensive intercontinental missile forces, which would leave the United States in a worse position than before.

The Pentagon has been playing games over the years with its testing program for missile defense.  Targets typically follow a preprogrammed flight path to a designated position; interceptor missiles also fly to a preprogrammed position.  Global positioning satellite receivers are placed on the target to send its position to ground control, and the necessary target location is downloaded to a computer in the kill vehicle.  Finally, decoys are given a significantly different thermal signature than the target, making it easier for sensors on the kill vehicle to distinguish between objects.

Whenever the General Accounting Office or congressional oversight committees have been allowed to inspect the testing program for missile defense, they have found a pattern of misleading claims.  “Star Wars” officials were particularly guilty of falsely portraying failures as successes.  The one thing  we have learned over the years is that nothing in the realm of missile defense is quick, cheap, or easy.

It was the ban on missile defense in the 1972 Anti-Ballistic Missile Treaty between the United States and the Soviet Union that allowed serious arms control measures to limit offensive systems.  The ABM Treaty was the cornerstone of strategic deterrence and allowed the arms control regime of subsequent decades.  President George W. Bush’s abrogation of the ABM Treaty created the justification for seeking greater offensive capabilities.  National Security Adviser John Bolton, who opposes arms control and disarmament and favors greater offensive and defensive systems, was an advisor to Bush in 2002, making the case for abrogation.

Just as there are better alternatives to border security than a wall on the border with Mexico, there are better options for strategic security than an illusionary missile defense.  We need to upgrade our medical infrastructure to deal more effectively with chemical or biological attacks, to improve our border security with Canada and various ports of entry; and to protect our essential computer systems from interference.

The most effective alternative would be arms control and disarmament.  We need to return to the Anti-Ballistic Missile Treaty; engage in disarmament talks with both Russia and China; revive the Iran nuclear accord; and genuinely pursue an arms control dialogue with North Korea.  Unfortunately, we have an administration that has no members on its national security team with sufficient knowledge of disarmament and diplomacy, let alone the inclination.  Trump’s “war cabinet,” consisting of a bellicose secretary of state; a dangerous national security adviser; and an ineffective acting secretary of defense, is engaging in the peculiar American fascination with anything that projects power into space and a phantom missile defense.  There seems to be no end to the destructive designs of Trump’s national security team.

Melvin A. Goodman is a senior fellow at the Center for International Policy and a professor of government at Johns Hopkins University.  A former CIA analyst, Goodman is the author of Failure of Intelligence: The Decline and Fall of the CIA and National Insecurity: The Cost of American Militarism. and A Whistleblower at the CIA. His forthcoming book is American Carnage: Donald Trump’s War on Intelligence” (City Lights Publishers, 2019).  Goodman is the national security columnist for counterpunch.org.