US Labor Against the War Statement on U.S. Intervention in Venezuela

Hands off Venezuela! U.S. Labor Against the War opposes the Trump Administration intervention in the internal affairs of Venezuela.

January 29, 2019 US Labor Against the War
printer friendly 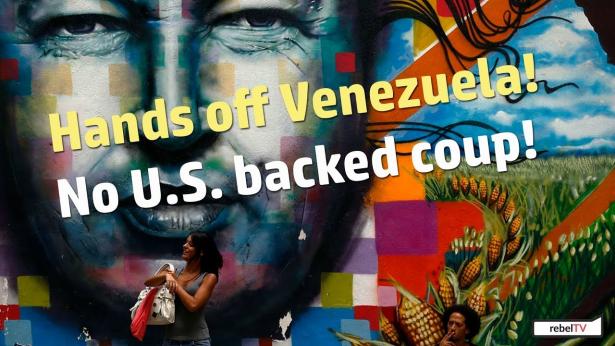 The U.S. has no legitimate claim to intervene in the internal affairs of other countries, to take sides in internal political disputes, or to undermine governments elected by the people.  We have seen the disastrous consequences of recent U.S. interventions in Iraq, Afghanistan, Syria, and, through its alliance with Saudi Arabia, in Yemen. U.S. intervention in Venezuela can only bring further hardship and suffering, as followed U.S. support for the 2009 coup in Honduras that overthrew the elected government there and contributed to the stream of asylum-seekers now on our southern border seeking relief from that disaster.

It reveals the deep cynicism of U.S. policy makers that they denounce what they call a dictatorial regime in Venezuela while providing unlimited support to the Kingdom of Saudi Arabia and its murderous absolute dictatorship of the royal family.  The U.S. also supports a host of other autocrats, authoritarians, absolute monarchs and dictators in Azerbaijan, Kazakhstan, Tajikistan, Turkmenistan, Bahrain, Qatar, Oman, United Arab Emirates, Egypt, to name a few. There is no case in which U.S. intervention in the internal affairs of other countries has led to greater democracy and better conditions of life for the people.

In the case of Venezuela, the economic distress has been precipitated largely by the decline in world oil prices.  Oil is the most important revenue source for the Venezuelan government. But Venezuela’s economic difficulties have been greatly compounded by economic sanctions imposed on Venezuela by the United States, beginning in March 2015 under Barack Obama.  These have been explicitly designed to choke off Venezuela’s access to international markets and resources for the purpose of destabilizing the Maduro government and, before that, the government of Hugo Chavez. The economic chaos the U.S. now points to in Venezuela as a justification for intervention is in large part a consequence of U.S. policy, which is designed to provoke popular unrest, sow divisions and precipitate an uprising against the government.

We strongly condemn the tacit support given to President Trump’s intervention by leaders of the Democratic Party.  Whether articulated by Republicans or Democrats, U.S. intervention to destabilize other countries violates the U.N. Charter and international law.  This interference in Venezuela’s internal affairs serves the interests of wealthy elites and multinational corporations, not the interests of the Venezuelan or American people. It is always the people who end up paying for these interventions in suffering, blood and treasure.

Real international solidarity calls upon us to demand of our government: