labor 'It Feels Like We’re All Going to a Funeral Today.' GM's Lordstown Plant Wraps Up Cruze Production

A group of union employees gathered outside the plant for a vigil on the frigid and blustery Ash Wednesday as the last shift finished in the afternoon — employees honking as they drove away. Musicians played “Youngstown” by Bruce Springsteen.

Rene and Tom Parmeter left their home in Elizabeth Township around 4:30 a.m. Wednesday for what might be their last nearly two-hour commute to their jobs at the General Motors factory in Lordstown, Ohio.

For the Parmeters and most of the plant’s other employees, the Lordstown plant shut down Wednesday — maybe temporarily, maybe permanently — as the last Chevy Cruze paraded through the assembly line.

“It breaks your heart,” said Ms. Parmeter, who has worked for General Motors for 19 years. “It’s like a death. The death of the American dream is what it feels like.”

The Lordstown plant has produced the Chevy Cruze sedan since 2010, shortly after — accompanied by great fanfare and a high school marching band — the president of General Motors' North American operations pronounced the start of Cruze production there as “the rebirth of the American economy.” 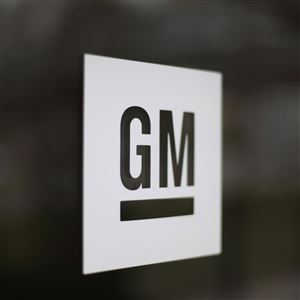 General Motors announced in November that it would be focusing on manufacturing SUVs and crossovers, rather than cars, and that meant that production of the Cruze would be discontinued.

Lordstown and four other U.S. and Canadian plants were placed on “unallocated” status, meaning that no vehicles are currently assigned to be manufactured there.

GM had already significantly cut back its workforce in Lordstown, said David Green, president of the United Auto Workers Local 1112, on Wednesday as posters of the Chevy Cobalt hung in his office above photos showing him with former Presidents Barack Obama and Bill Clinton.

Of the roughly 1,500 left, more than 400 have accepted offers to transfer to another GM location, said Cheryl McCarron, a GM spokeswoman. Another 350 are retirement-eligible, she said.

“The Chevrolet Cruze was a good product and was built with tremendous pride by our Lordstown employees. We know this is an emotional day for our Lordstown team,” said a statement released by the company Wednesday. 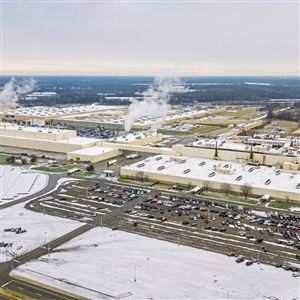 “We appreciate all their commitment and hard work to build the highest quality possible into each and every new vehicle that rolled off the assembly line. We have job opportunities for virtually every hourly employee at the impacted plants — anyone who wants a job and is willing to relocate will have a job.”

At the headquarters for the local UAW union, a sign in the driveway directs all non- GM, Ford and Chrysler vehicles to park in a lot behind the building.

Signs are hung up from the local elementary school, with first-graders tracing their hands asking Mary Barra, CEO of GM, to keep the plant open. A space formerly used as a retiree conference room is now a job transitioning center.

The union is hoping that GM will restart the plant after contract negotiations in the fall. In the meantime, it’s a waiting game for many employees.

“They want us to go all in on a bet and we can’t look at the cards. People don’t know what to do. Do they transfer? Do they stay and wait it out? It’s a pretty big gamble.”

Mr. Green has his own ideas about what changed Lordstown from the darling of American manufacturing into unallocated purgatory — namely a combination of corporate greed, tariffs and federal tax changes. The UAW filed a federal lawsuit last month against GM alleging breach of the labor contract by idling Lordstown and the other plants.

At the northeastern Ohio plant Wednesday, the last Cruze was flooded with attention as it made its way through the assembly line.

It was adorned with a sign and an American flag as it traveled through the paint shop. As the workers in the door line finished, they lined up their work shoes as a memorial.

Using red grease pencils and yellow paint pens, employees signed their names on hidden spots inside the car. “We signed inside the doors and underneath the bumpers,” said Ms. Parmeter. “Someday, if somebody takes it apart, they’ll see the little remnants we left in there.”

The last Cruze didn’t quite make its way through the whole assembly on Wednesday, and will likely be finished early Thursday morning.

A group of union employees gathered outside the plant for a vigil on the frigid and blustery Ash Wednesday as the last shift finished in the afternoon — employees honking as they drove away. Musicians played “Youngstown” by Bruce Springsteen.

The closure of the plant will affect not just GM employees but also those in the Mahoning Valley as a whole.

Jackie Woodward’s parents opened the Our Place diner in 2016, where a waitress Wednesday wore a “Lordstown Pride” shirt. Ms. Woodward manages the diner and is also on the school board for the Lordstown local schools, estimating that 10 percent of students will be directly affected by the plant shutdown.

“It makes you feel like you lost your best friend,” she said. “It feels like we’re all going to a funeral today.”

The school system is mobilizing to open a clothing closet and is reminding parents of the free and reduced lunch program, as well as a school food pantry.

As for the future of the diner, which has seen noticeably less traffic on its location on Tod Avenue, “It could go either way,” she said. “We have to wait and see.”