May Day Protests Around the World in Photos 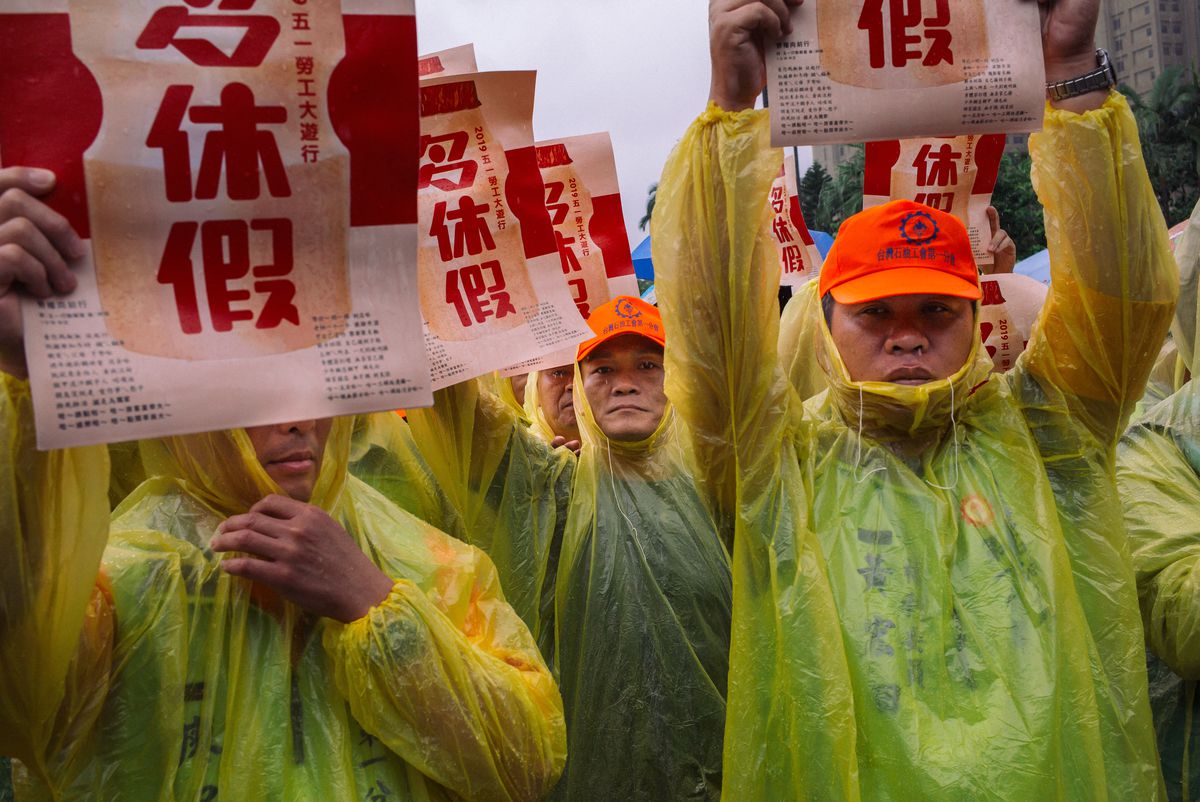 Workers in Taipei, Taiwan, march in the rain with signs that say “more holidays and social security.” 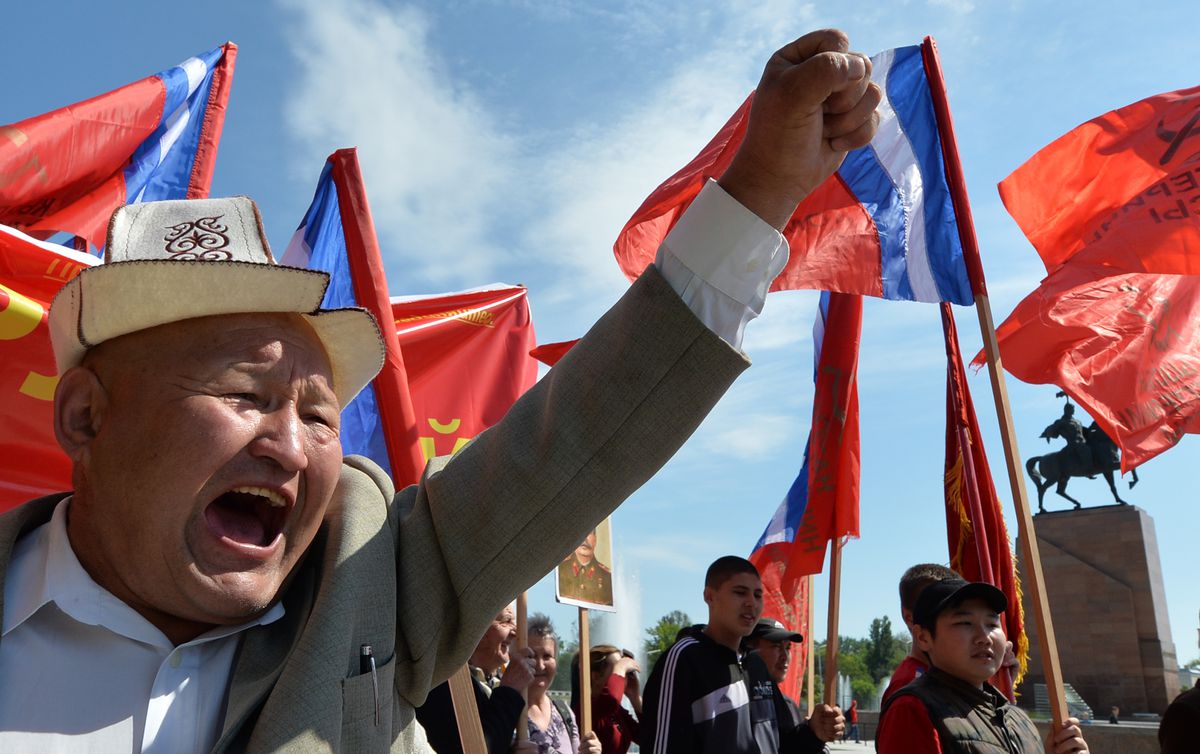 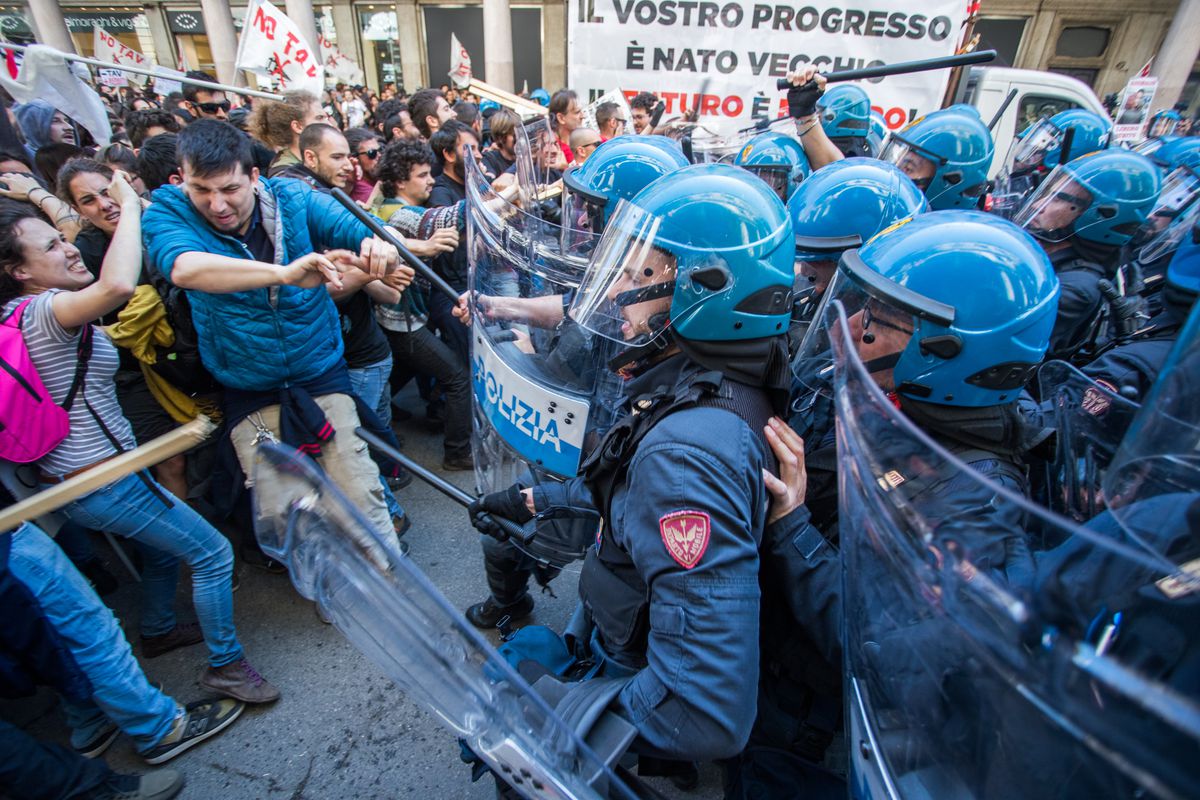 Italian riot police beat back protesters on the streets of Turin. Food delivery drivers participated in the rally to demand a minimum hourly wage instead of a pay rate per order. 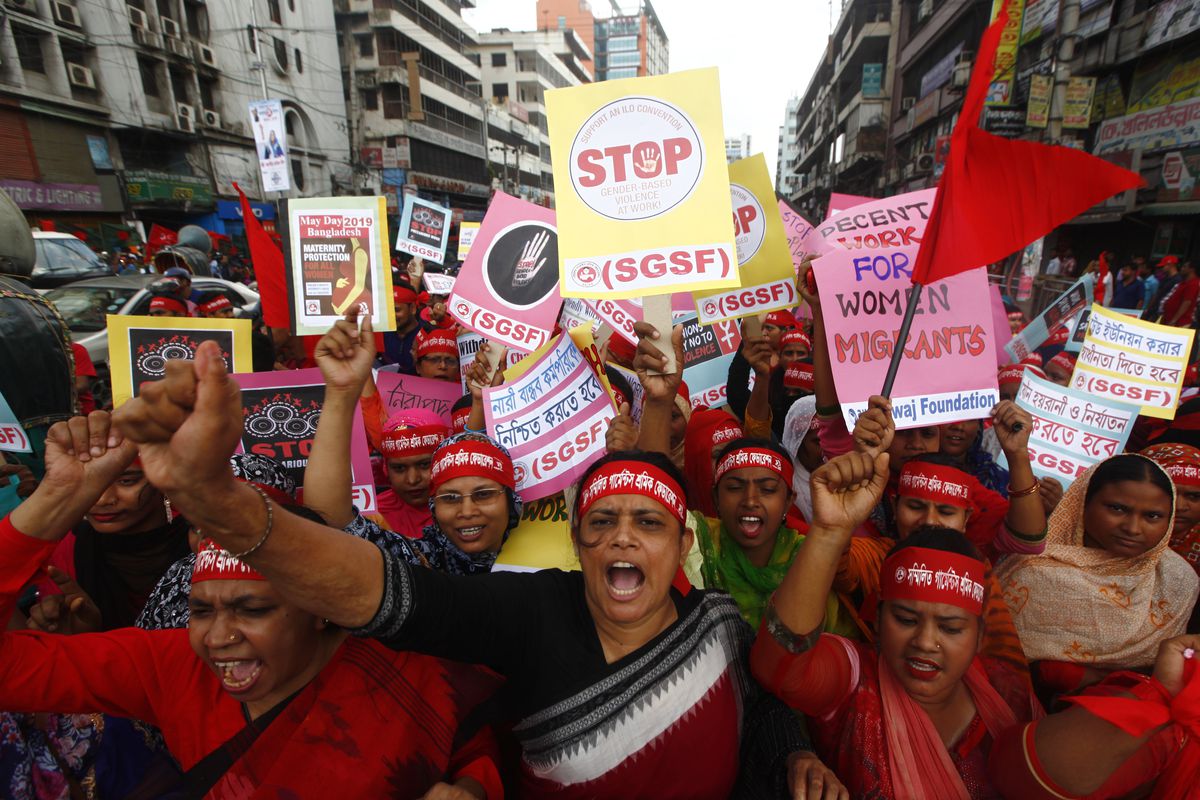 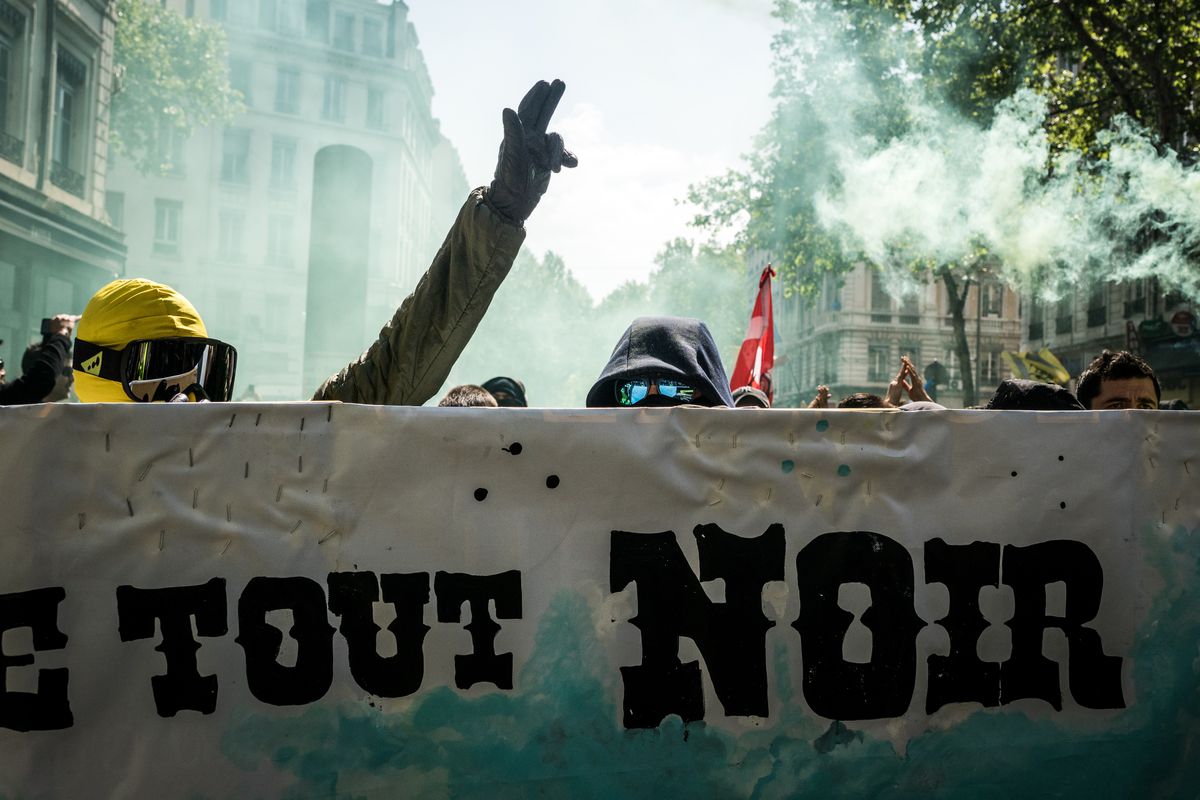 Demonstrators in Lyon, France, wear goggles and masks to protect themselves from tear gas. Public sector workers have been protesting President Emmanuel Macron’s plans to cut benefits for government employees. 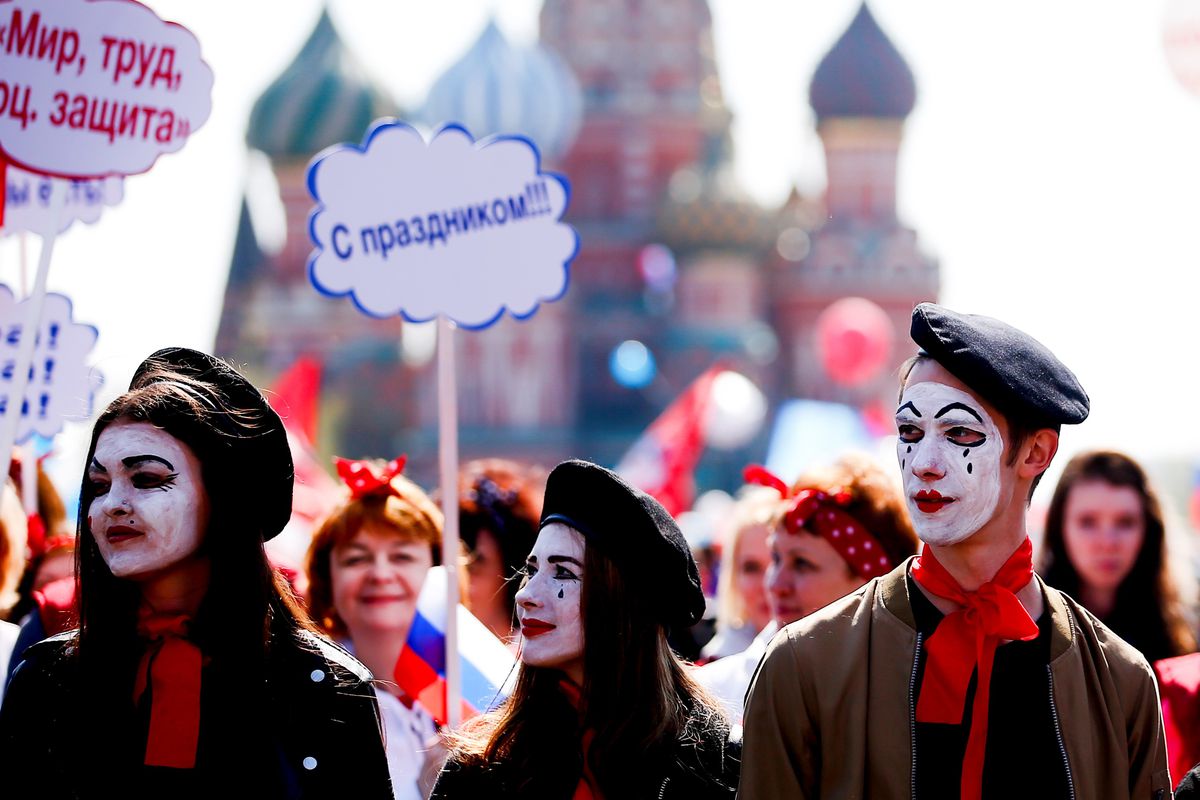 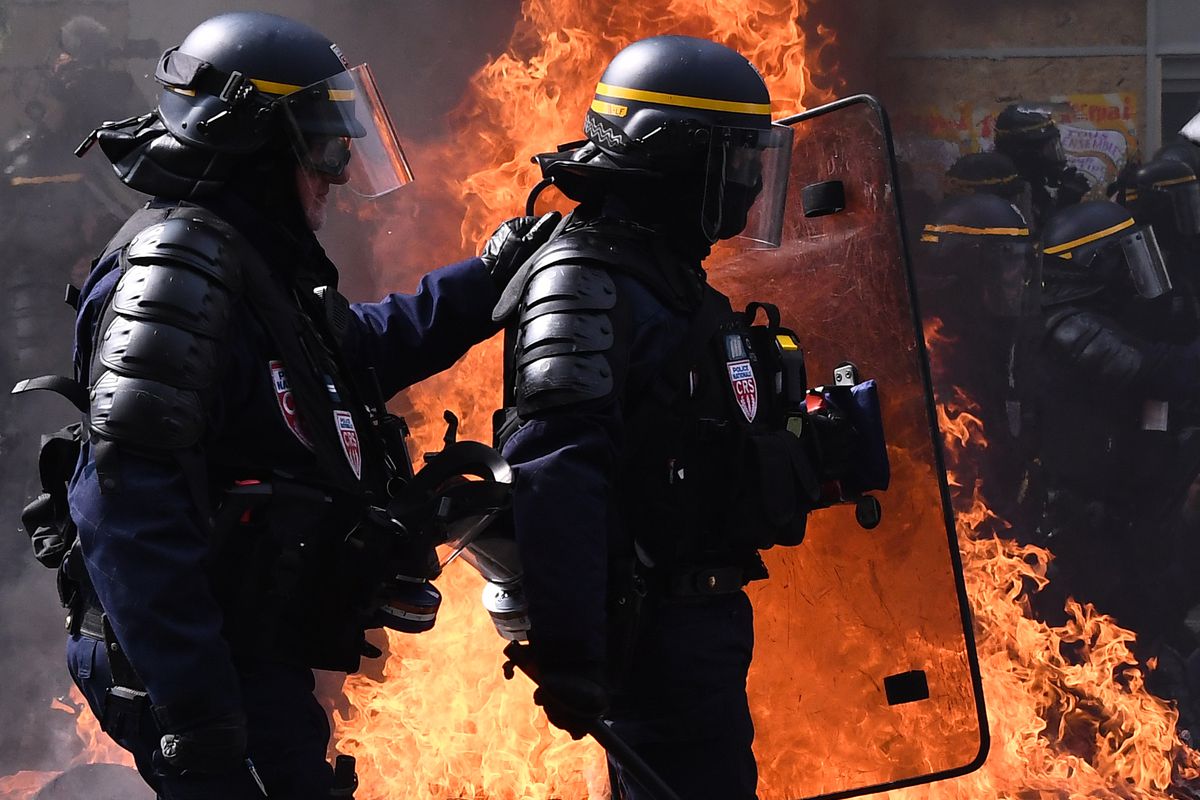 Anti-riot police walk past a burning barricade during clashes with protesters in Paris. Many participants were part of France’s “Yellow Vest” movement, a group of leftists and workers upset about rising income inequality. 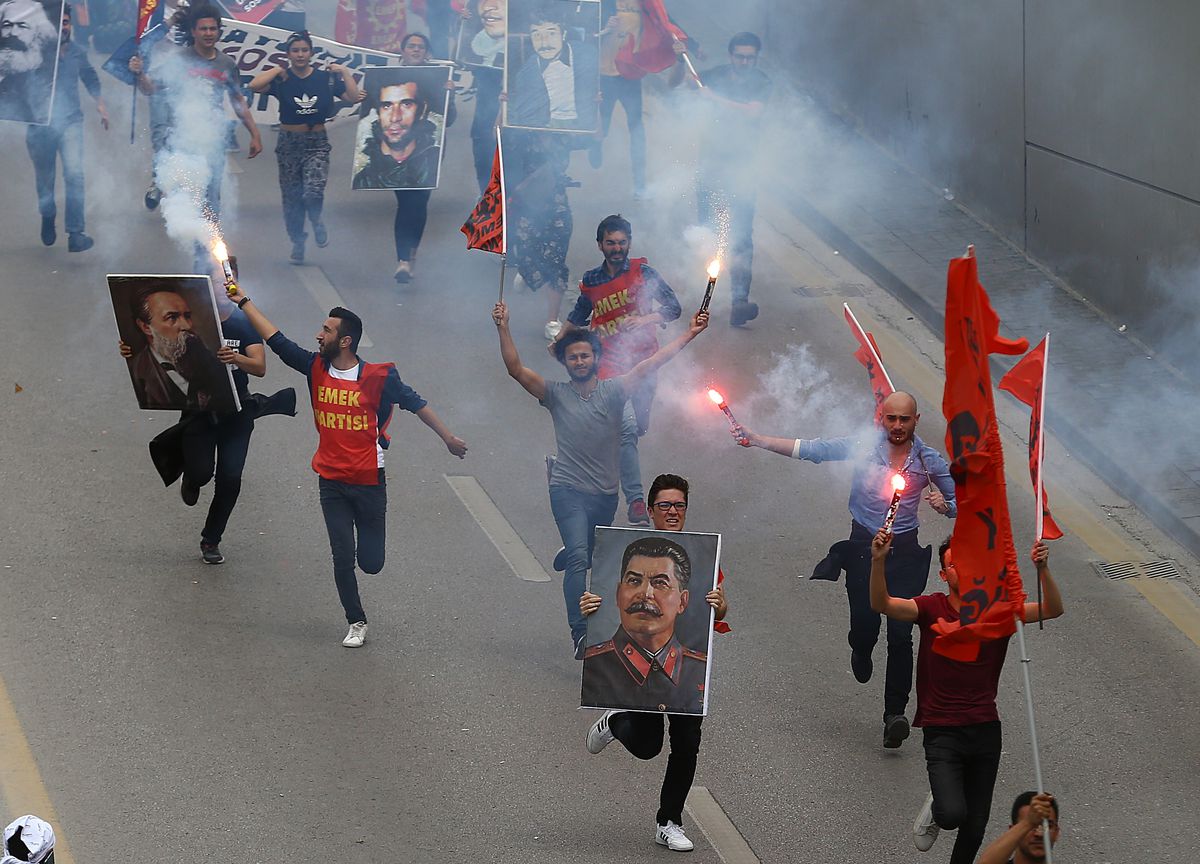 Members of Turkey’s labor party race down the street with a photo of Josef Stalin in downtown Ankara. Workers are angry about President Recep Tayyip Erdogan’s crackdown on labor unions and strikes. 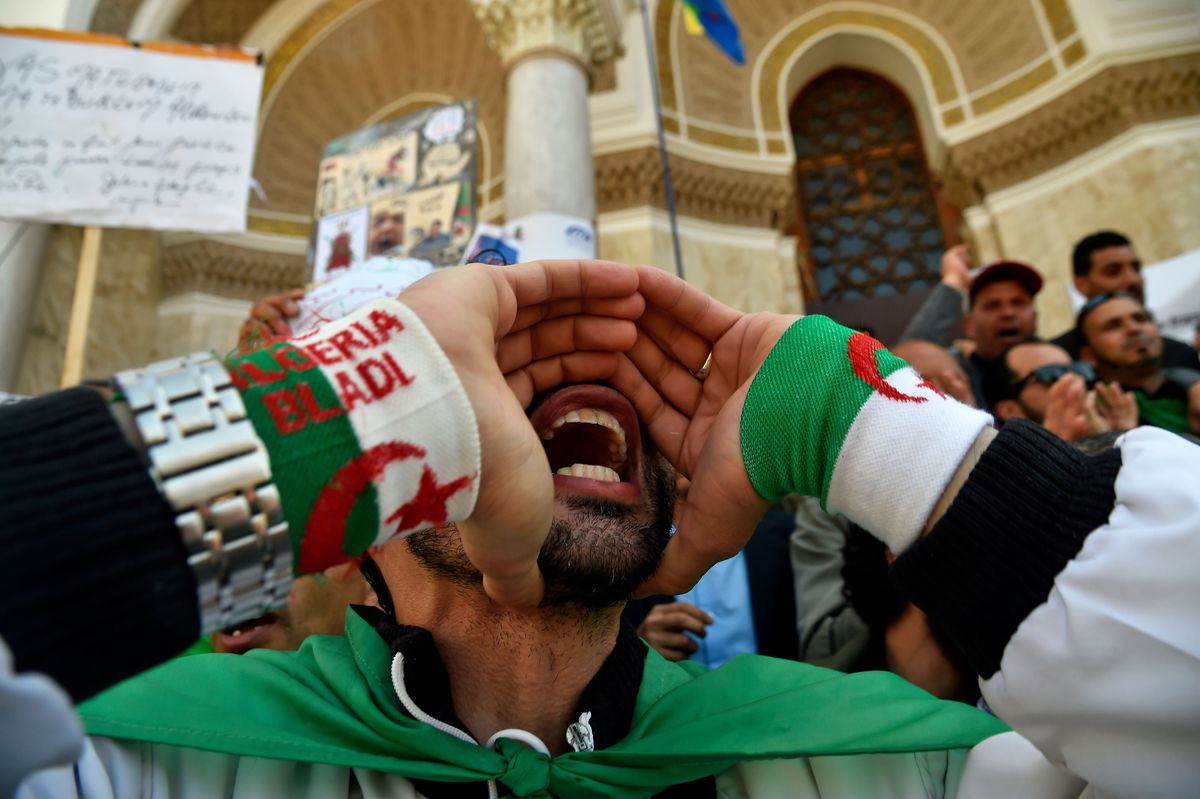 Workers chant anti-government slogans in the capital of Algeria. Teachers, miners, and factory workers have been striking for months to protest high unemployment and poverty under President Abdelaziz Bouteflika’s regime. 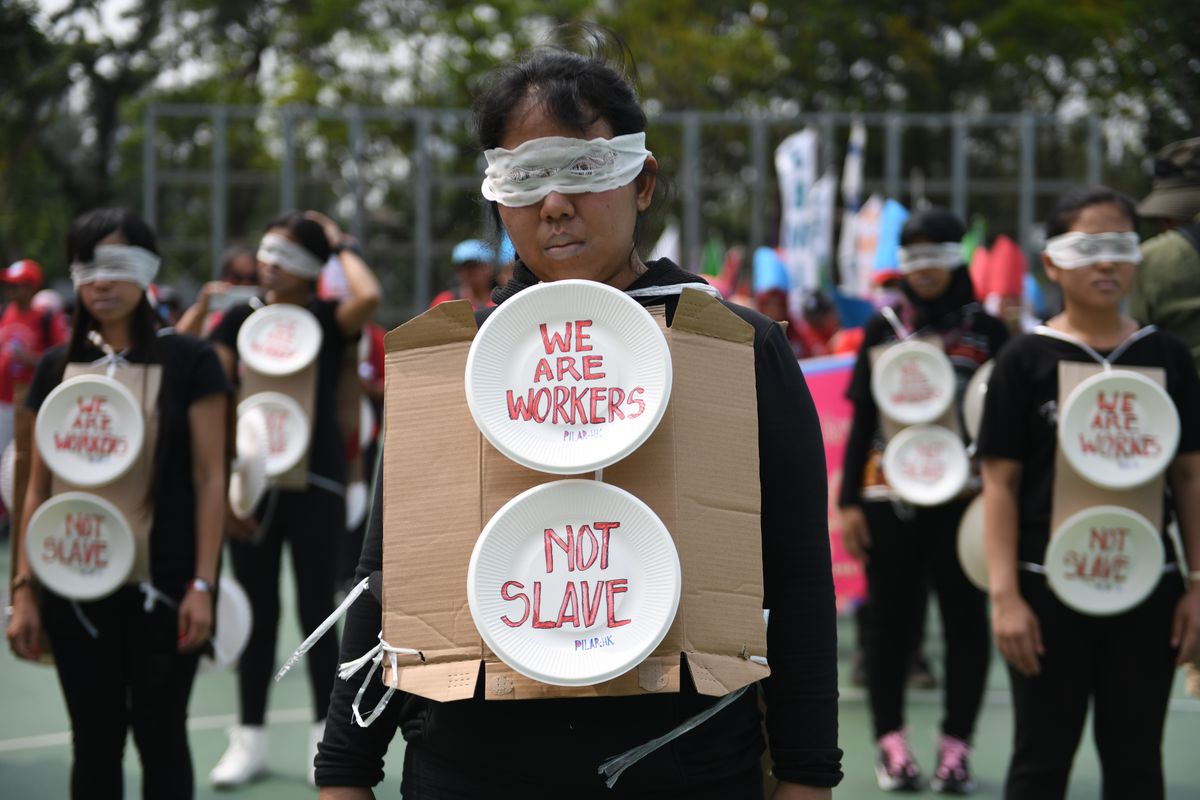 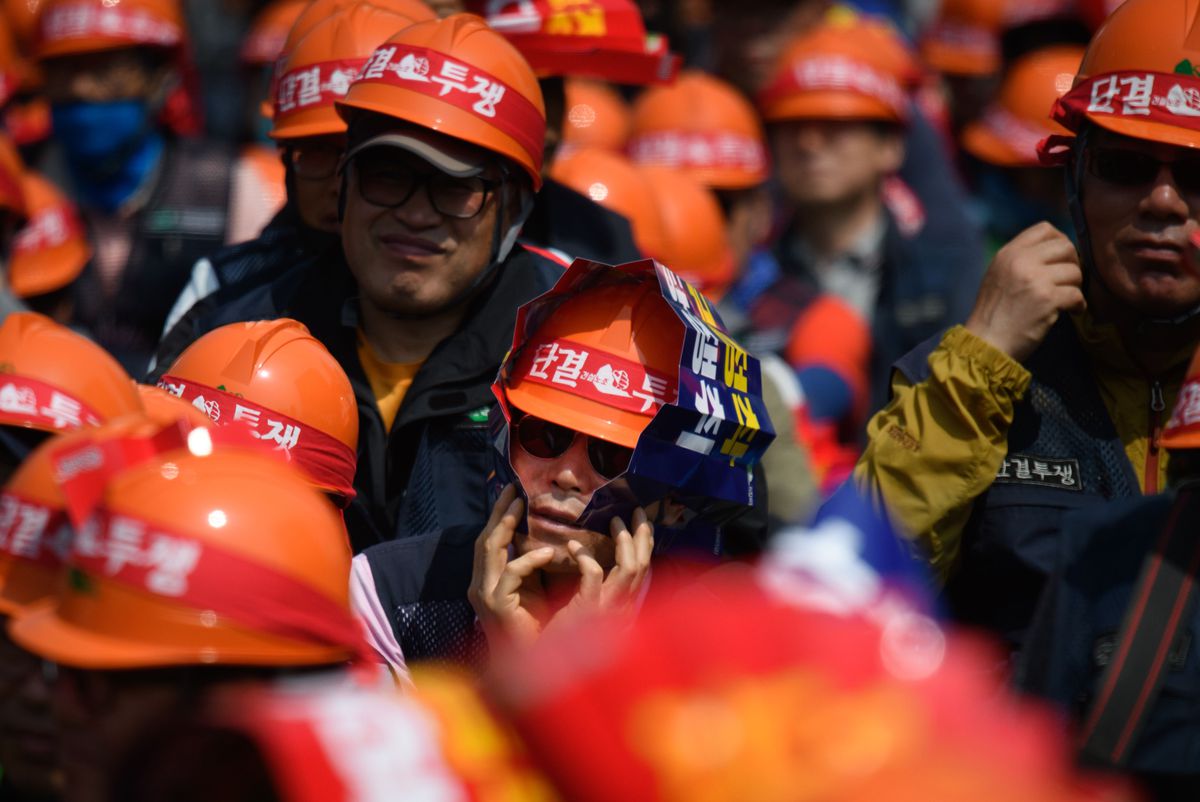 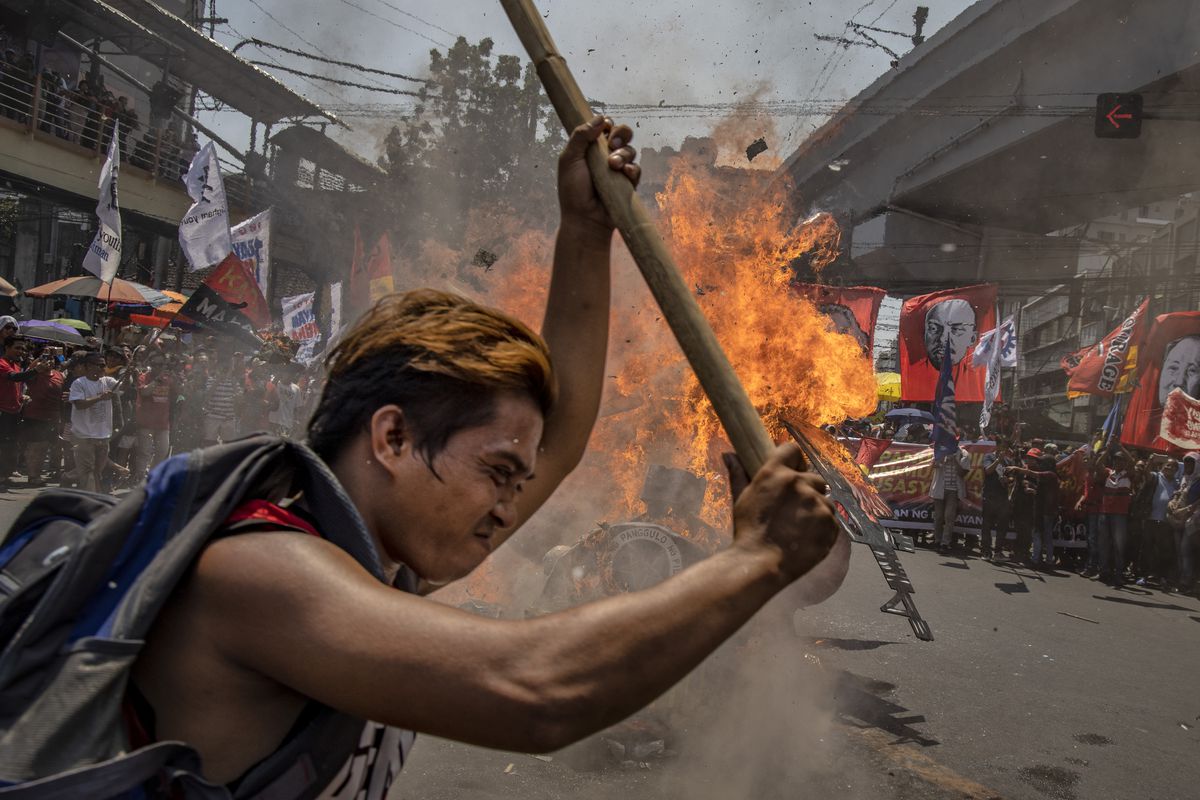 Workers burn an effigy of Philippine President Rodrigo Duterte outside the presidential palace in Manila. They want the government to raise the minimum wage and require employers to honor labor contracts. 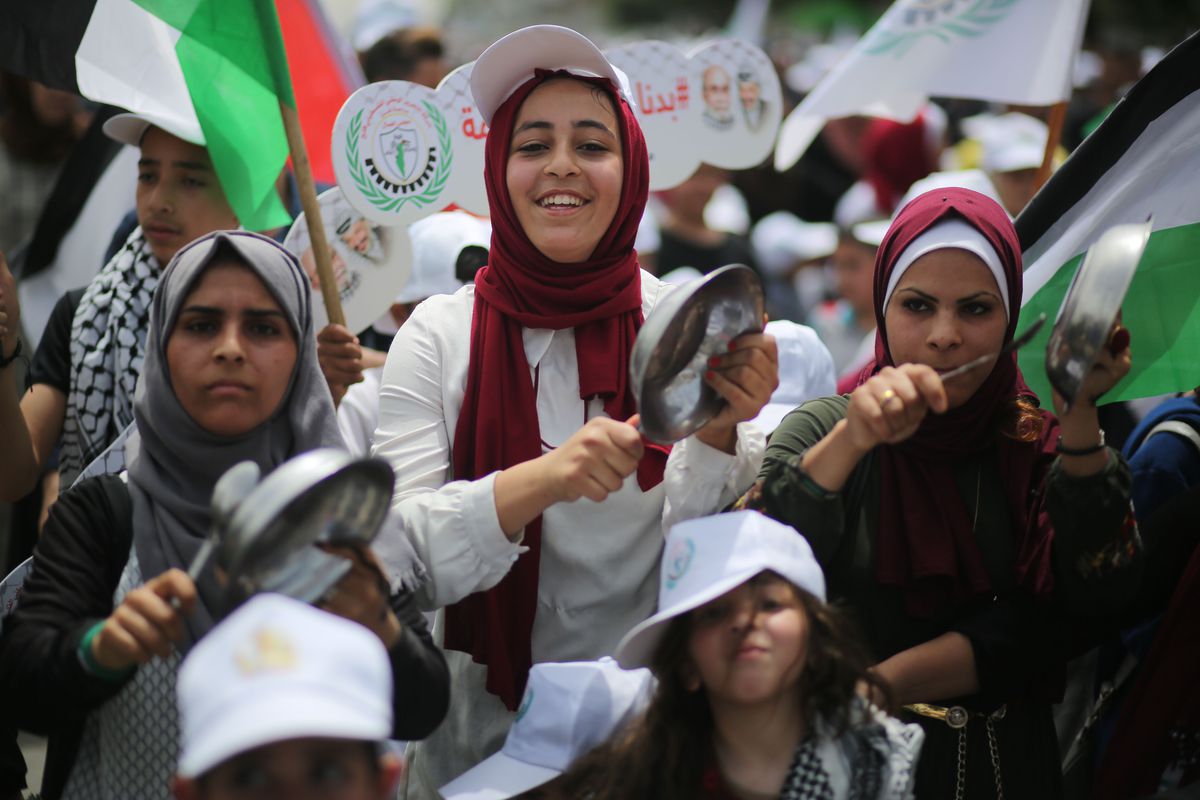 Palestinian women bang on pots during a rally in Gaza City. United Nations workers there have gone on strike to protest layoffs after US President Donald Trump stopped sending aid to Palestinians. 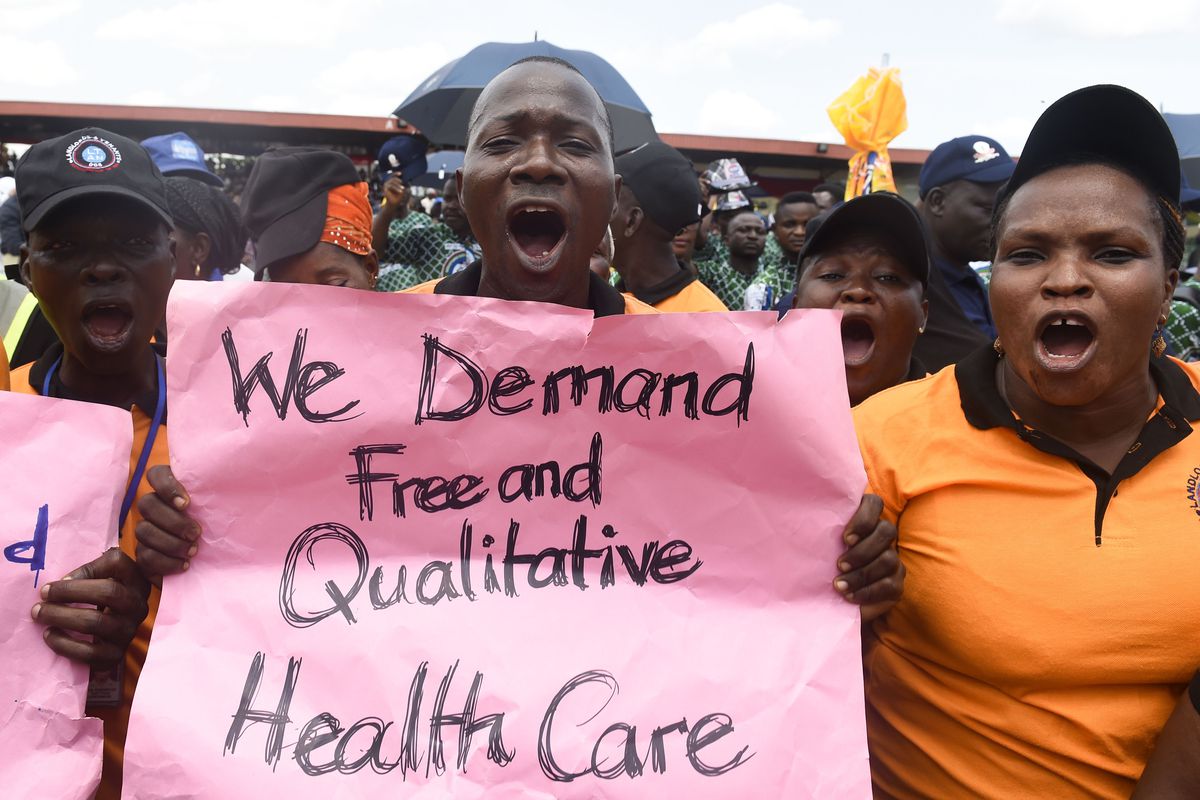 Nigerian workers rally in response to the country’s economic downturn and to demand a stronger social safety net. 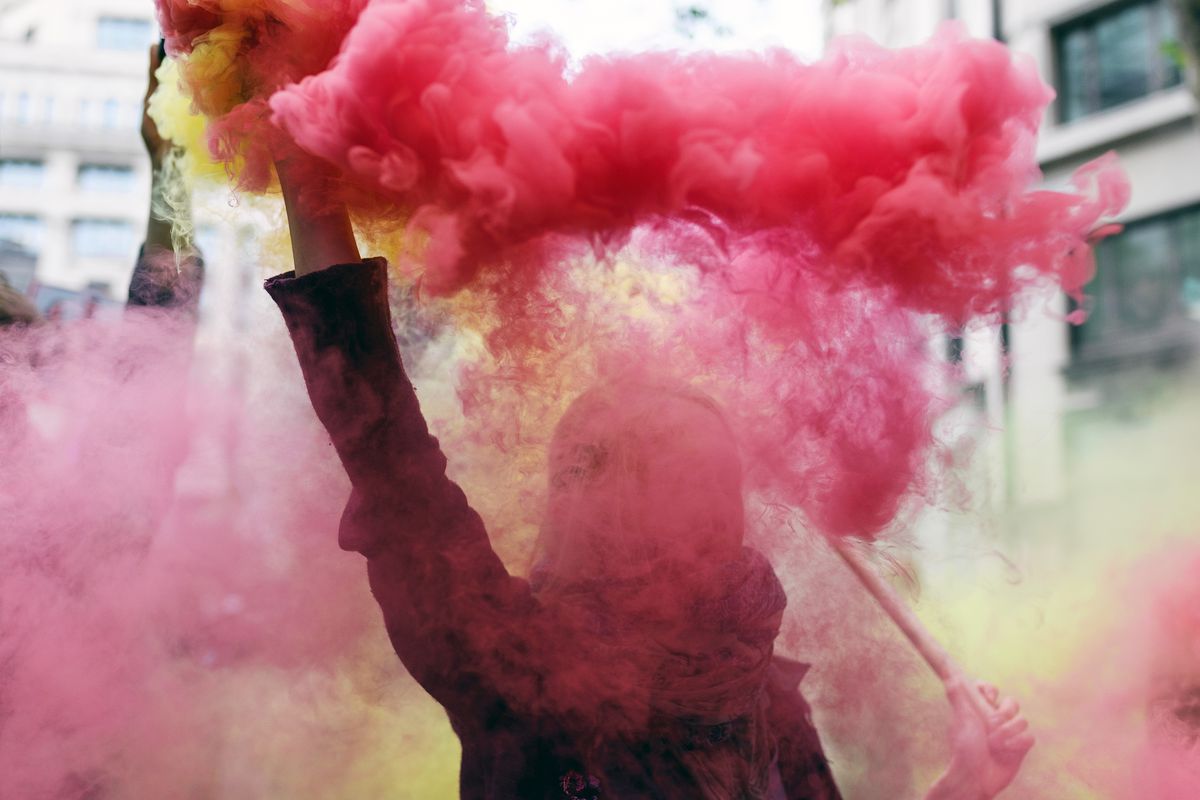 A woman holds a colored flare as Union members take part in the annual May Day march in London.