A tyrannous Dutch governor proves no match for an unlikely group of insurgents in the slick, stylised Southeast Asian take on a traditional US western 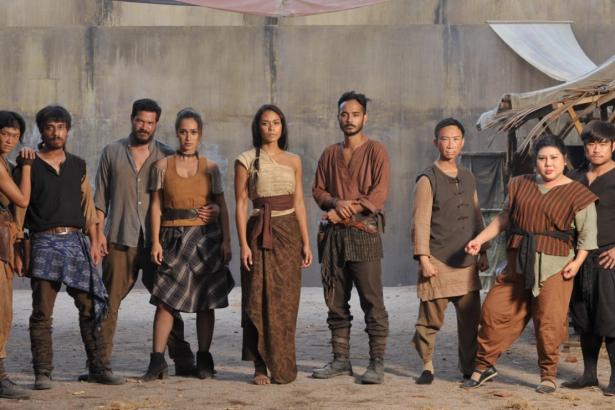 For a people with a reputation for live-and-let-live tolerance, the Dutch have a bloody and brutal history. You do not have to wade too deeply into chronicles of their mid-19th century colonial exploits in the Dutch East Indies to find tales of violent imperial oppression.

But hey – it’s not all fun and games. The unusual band of rebels powering this historical-fictional account of righteous indignation and revolt against a sadistic governor are in a serious scrap with an evil empire for the soul of their homeland. And the good guys and gals are easy to spot – until factions begin to split the insurgents’ ranks and the uprising’s initial impetus is sacrificed for sectarian interests.

The disparate desperados for whom we’re cheering, from peasants to ronin to working girls, promise great scope for contrasting individual stories, something perhaps inspired by an ensemble cast drawn from Indonesia, Malaysia, Japan, Singapore, Australia, the United States and Europe. And in the newly liberated garrison town of Grisse theirs is something of a matriarchal society, with major dissent duties for reluctant leader Kalia (played by star of the show, Adinia Wirasti) and ribald mamasan Chi (riotous comedienne Joanne Kam).

Filmed largely on Batam Island, south of Singapore, and in English, Grisse also specialises in mountainous backdrops, big skies and rustic panoramas – at least until the fighting starts.

Accounts are patchy, but Grisse, in East Java, did seemingly exist, subsequently becoming the modern-day town of Gresik.

You can begin finding out all about its turbulent past tonight at 9pm on HBO Go and Now TV channel 115, with new, hour-long episodes every Sunday at the same time. Grisse will also be available on HBO On Demand.

Had any of the revered Westerns of US cinema been transplanted across the Pacific they would have looked like this: maligned gun slingers seeking justice, their faces on tattered Wanted posters; depraved lawmen imposing draconian penalties; the weak and innocent cut down. The rules of engagement have been re-drawn, less by a magnificent seven than a marvellous mob. Nasi goreng trumps spaghetti. Move over, Clint.