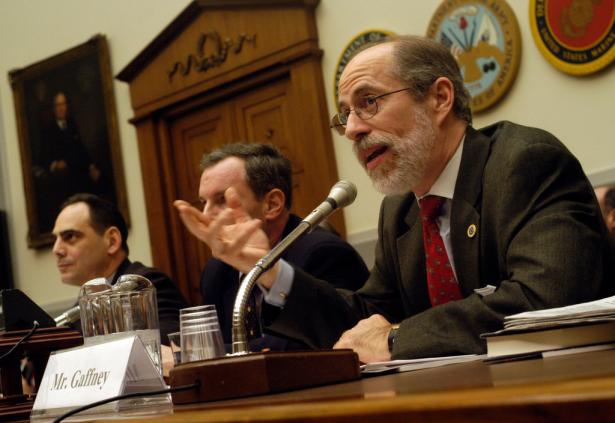 Politically active organizations known for stoking anti-Muslim animus and advocating policies that restrict the civil liberties of Muslims have gotten millions in contributions from mainstream philanthropic institutions, according to a new report from a Muslim civil rights organization.

The Council on American-Islamic Relations tracked contributions over a two year period to 39 organizations it identifies as anti-Muslim hate groups and uncovered donations from pillars of U.S. philanthropy.

The anti-Muslim organizations draw from some of the same funding streams as the most recognizable charities in the U.S., including the Boy Scouts, the American Red Cross and the Salvation Army.

These organizations include think tanks and nonprofits with ties to the White House National Security Adviser John Bolton and U.S. Secretary of State Mike Pompeo.

The groups are “exploiting the robust tradition of American philanthropy and turning around and undermining democracy,” researcher Zainab Arain said in a press conference Monday.

Together the three multi-billion trusts oversaw $18 million in funding to groups that CAIR describes as operating within the “Islamophobia network.”

Recipients of donations funneled through the powerhouse funds include: the Center for Security Policy, the anti-Muslim think tank once helmed by Frank Gaffney Jr.; the David Horowitz Freedom Center, whose far-right namesake has espoused conspiracy theories like the Muslim Student Association is an arm of the Muslim Brotherhood, according to the Southern Poverty Law Center; and the Committee for Accuracy in Middle East Reporting, which that once distributed a film in which the narrator said that “the true agenda of much of Islam in America” is "to infiltrate and dominate America,” according to the New York Times.

The fund did not commit to halting contributions to the groups identified in the CAIR report.

“We take issues such as this very seriously,” a spokesperson said. But the fund stopped short of committing to no longer approving donations to the groups identified by CAIR.

The Schwab Charitable Fund did not respond to a request for comment.

Other donors identified by CAIR as underwriting fearmongering include family foundations with long legacies in U.S. civil society.

The Eugene and Emily Grant Foundation, for example, which has donated to the Ronald McDonald House Charities and the Boy Scouts, has also directed millions to the Center for Security Policy, according to the report.

Some of the donating charities are connected to Republican Party donors or the religious right.

The report points to a $1.2 million donation from the Heavenly Fathers Foundation to the American Family Association, whose radio station has promoted inflammatory misinformation about Islam, including the idea that“Islam is clearly the religion that Satan is promoting to be the counterfeit alternative to Christianity.” The Heavenly Fathers Foundation was founded by Dan Wilks, a fossil fuel magnate and Republican megadonor.

The report underscores how groups that promote a bigoted view of Islam — that Muslims pose an existential threat to the West — have subsumed a larger role in U.S. politics and civil society.

“Despite once being considered fringe voices in the public sphere, have enjoyed rapid growth in funding and influence in the current political moment,” the CAIR report reads. “What is less known and more shocking is that the Islamophobia Network is strongly supported by mainstream American philanthropic institutions.”

Three of the organizations CAIR describes as cogs in Islamophobic advocacyhave connections to the White House.

Bolton once served as a chairman of the Gatestone Institute, which has warned of a “jihadist takeover”contributing to a“Great White Death,”NBC News reported. His former aide, Fred Fleitz, now heads the Center for Security Policy. ACT for America bestowed a prize to Pompeo, and has boasted of its link to the nation’s top diplomat in fundraising mailers.

The Center for Security Policy and ACT for America are identified as hate groups by the Southern Poverty Law Center for promoting conspiratorial views about Muslims.

Gaffney has a history of stoking conspiratorial fears about the Muslim Brotherhood and “creeping Sharia,” according to the SPLC. And ACT for America held a series of rallies in 2017 under the banner “March Against Sharia” attended by white nationalists.