books 'On Earth' Is Gorgeous All The Way Through

This new novel by Vietnamese-American poet and writer Ocean Vuong, is an immigrant's story that, writes reviewer McAlpin, is also about "beauty, survival, and freedom, which sometimes isn't freedom at all."

July 3, 2019 Heller McAlpin NPR
Printer friendly
'On Earth' Is Gorgeous All The Way Through Published July 3, 2019 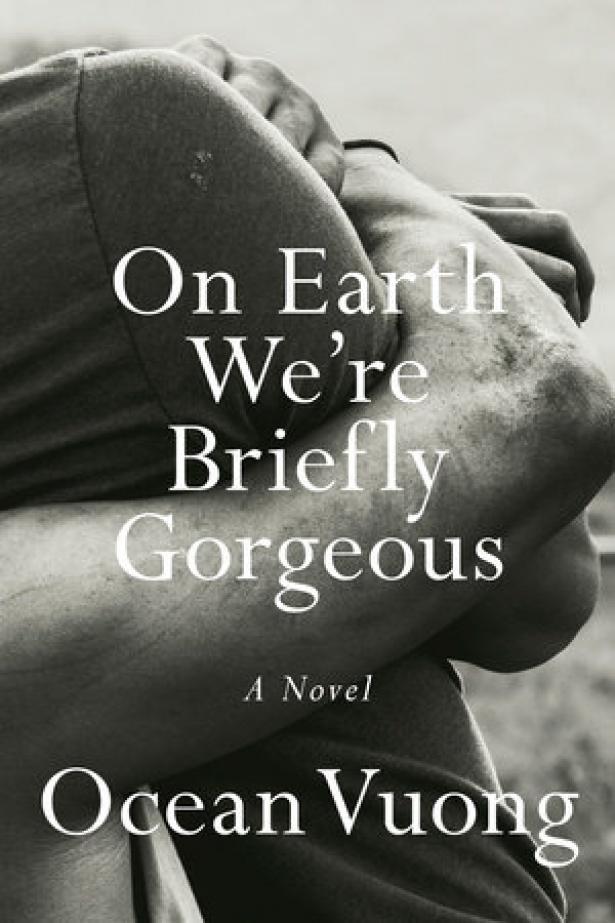 Ocean Vuong's devastatingly beautiful first novel, as evocative as its title, is a painful but extraordinary coming-of-age story about surviving the aftermath of trauma. It takes the form of a young Vietnamese American writer's letter to his illiterate mother — her education having ended at seven, when her school in Vietnam collapsed after an American napalm raid.

The son knows that chances are slim that his mother, whose grasp of English is limited, will actually read his confessional missive. On Earth We're Briefly Gorgeous is more about processing and articulating difficult memories than about direct communication. Grappling with the limits of language, he is "trying to break free" by writing.

The result is a fractured narrative of a fractured family, torn by harrowing experiences — those of the mother and grandmother in Vietnam, and of the boy they raised together in Hartford, Conn., in the 1990s. Abused by his loving but mentally ill mother and tormented by schoolmates, the narrator, Little Dog, eventually finds solace in his first love affair, a tragic relationship with a rough American teenager ravaged by drugs. His true salvation, however, comes mostly in reading and writing, which cracks open his understanding of his family's history.

Vuong, who was born on a rice farm outside Saigon in 1988 and emigrated to Hartford in 1990, received the T.S. Eliot Prize and a Whiting Award, among other prizes, for his debut poetry collection, Night Sky with Exit Wounds. On Earth We're Briefly Gorgeous should seal his literary stature. I had to read this book in small doses, absorbing its blows a little at a time — not because the often elliptical, poetic language is difficult, but because the subject matter is so shattering.

"What do we mean when we say survivor?" Little Dog asks, following a litany of his mother's attacks: "The time with your fists ... The time with a gallon of milk ... The time, at 13, when I finally said stop." He knows her abuse is tied to PTSD, but adds, "You're a mother, Ma. You're also a monster. But so am I, which is why I can't turn away from you."

Although schizophrenic, his grandmother Lan is frequently his protector. When he tries to run away at 10, she tells him, "She love you, Little Dog. But she sick. Sick like me. In the brains."

As payment for plucking the white "snow" from his grandmother's hair, she tells him stories. He learns that he's called Little Dog because "To love something ... is to name it after something so worthless it might be left untouched — and alive." She tells him how, after leaving her arranged marriage at 17, she was rejected by her mother; desperate, she became a sex worker for American GIs. Little Dog's mother, born when Lan was 28, had an American father — though not the kind Virginia farmer he grew up thinking was his grandfather.

Vuong writes of the new immigrant's temporary nail salon work that becomes permanent, "a place where dreams become calcified knowledge of what it means to be awake in American bones — with or without citizenship — aching, toxic, and underpaid." He writes of Tiger Woods, another mixed-race byproduct of the Vietnam War, and of Hartford, the former city of Mark Twain and Wallace Stevens, now a place of gunshots "where fathers were phantoms, dipping in and out of shadows and their children's lives."

Vuong's language soars as he writes of beauty, survival, and freedom, which sometimes isn't freedom at all, but 'simply the cage widening far away from you, the bars abstracted with distance but still there.'

At 14, Little Dog takes his first steps toward his own life, biking miles to a summer job on a tobacco farm outside Hartford, where he meets "The boy from whom I learned there was something even more brutal and total than work — want." Trevor, the farmer's grandson, white though hardly privileged, hooked on the painkillers he was prescribed for a broken ankle at 15, lives with his weepy, inebriated father in a mobile home behind the interstate. Little Dog learns during the course of their relationship, which spans years, that "Sex can get you close to a boy. But language ... gets you deeper."

While this coming-out story, which dominates the middle section of the book, is a tale of a desired kind of obliteration, the final section addresses a more total annihilation. "I know, Ma, this book is marked by death, by deaths. But that is only to say it is a book of life, of living," Little Dog writes.

Vuong's language soars as he writes of beauty, survival, and freedom, which sometimes isn't freedom at all, but "simply the cage widening far away from you, the bars abstracted with distance but still there," like animals in nature preserves. He insists that he and his mother were born not from war, as he long thought, but from beauty. "Let no one mistake us for the fruit of violence — but rather, that violence, having passed through the fruit, failed to spoil it."

The title says it: Gorgeous.

Heller McAlpin is a New York-based critic who reviews books regularly for NPR.org, The Los Angeles Times, The Washington Post, The Christian Science Monitor, The San Francisco Chronicle and other publications.