This book has received a lot of attention since its publication, as a pioneering study of not just the fact of gender discrimination in the tech industry, but also as a glimpse into how such discrimination works. 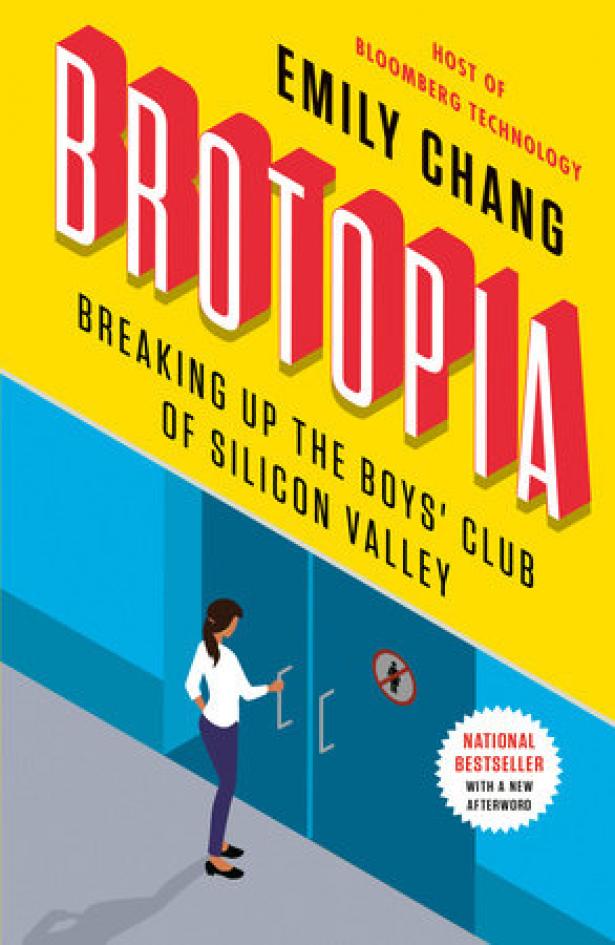 From the beginning, women were at the forefront of computer technology: both Ada Lovelace and Grace Hopper were pioneers of computer programming. But as computers rose as an industry, the number of women in the field did not follow — instead, after 1984, their numbers declined drastically.

In her book Brotopia: Breaking Up the Boys’ Club of Silicon Valley, Bloomberg TV reporter Emily Chang uses history, scientific studies, and dozens of interviews to piece together a broad view of the male domination in Silicon Valley. Her subjects range from the genesis of toxic “bro” culture at emerging start-ups, to the online harassment campaign Gamergate, the #MeToo movement, and Susan Fowler’s blog post about sexism and harassment at Uber that eventually led to CEO Travis Kalanick’s resignation from the company last year.

Chang is careful to let her subjects speak for themselves, and that often means quoting at length from their own statements or blog posts. We get to revisit James Damore’s infamous anti-diversity memo that claimed men were just scientifically better at tech than women, which got him fired from Google within days. In the spirit of just presenting the facts, Chang doesn’t add side commentary to these well-documented events, which can make Brotopia feel like dry textbook reading at times.

At times, reading Brotopia may seem like a return to notable tech articles from the past decade, but its breadth and depth allow the book to go deeper about the false assumptions and excuses people make about the gender imbalance in tech. Almost every venture capital fund and every tech company she interviews, for example, attribute tech’s problems with women to some other source, and fail to see where they might contribute to it.

Some recruiters might say that it’s harder to hire a woman in a position at a VC or tech company because of a limited pool of women computer science graduates. But, Chang argues, male college graduates aren’t subject to the same requirements. Only 61 percent of the top male investors on a 2015 list of Forbes Midas List of standout venture capitalists had a STEM degree, and all but one of the women on the list had STEM backgrounds. The discrepancy points to a double standard: why could men majoring in history and literature get hired but women couldn’t?

In the final chapter of the book, Chang writes, “Writing this book has been like going on trek through a minefield, with fresh mines being laid as I walked.” To those who are new to the subject, Brotopia offers concrete examples of obstacles and problems what women have endured in the industry, from small daily annoyances to bigger grievances like the wage gap and sexual harassment. In one anecdote, Uber engineer Lydia Fernandez, who is trans, said that she started to get interrupted in conversations after she transitioned but when she used to present as male, she had no such problems. She says in the book, “I’ve sat on both sides of this table; this game is rigged.”

Chang cites films like The Social Network and Hidden Figures in her book, the former shorthand for Silicon Valley’s bro culture and the latter shorthand for innovative women in tech. When reading Brotopia, it’s easy to envision it as a film — but as a documentary, to help keep all her carefully researched facts straight. Women who have triumphed in tech despite the odds, like Sheryl Sandberg, Marissa Mayer, and YouTube’s CEO, Susan Wojcicki, could be the film’s heroines, and so would the young girls learning how to code despite it all.

Shannon Liao is a tech and culture reporter for The Verge. She writes general tech news, stories about China, smart homes, and the intersections between internet culture, gaming, and sometimes, politics. Liao was born and raised in New York City, where she resides to this day.