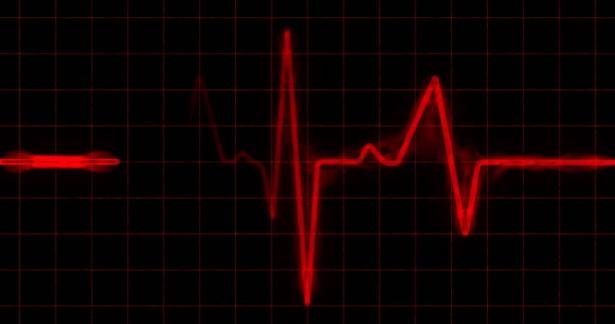 As was recently, and perhaps shockingly, reported, life expectancy gains in the US, which plateaued in 2012, have declined for the past two years. The CDC’s National Center for Health Statistics reported that the new average life expectancy for Americans is 78.7 years, 1.6 years behind the average in developed nations (including Canada, Germany, Mexico, France, Japan, and the UK), which is 80.3. As Dartmouth economists Ellen Meara and Jonathan Skinner remarked about the downward reversal of US life expectancy, “It is difficult to find modern settings with survival losses of this magnitude.”

Why this is happening is the direct result of the wasteful, inefficient, and woefully illogical profit-based healthcare system that has been built here in the 75 years since the end of World War II, fueled in part by an addiction not just to opioids but to many other drugs such as Adderall, created and reinforced by corrosive marketing, and collusion in rigged science, rank profiteering, and sloppy prescribing. But the decline in life expectancy has also been caused by our longstanding lack of attention to the many social factors that affect health. This is in stark contrast to the vision we showed at the end of WWII.

As part of our efforts to rebuild and restore Germany and Japan after the end of the war, under the Marshall Plan, our leaders determined that a truly healthy democratic society requires a healthy population. Few Americans, however, are aware that our taxpayer dollars were used to fund the creation of universal national health systems in both countries. At the same time, however, we failed to set up the same system at home: the American Medical Association and allied corporations orchestrated defeat of the legislation by declaring President Harry Truman’s effort would lead to “socialized medicine.” These conflicting moves sowed the seeds for the widely dissimilar outcomes that exist today for our nation compared to others around the world. We spend nearly twice as much for outcomes that are markedly worse than those in other nations, and shockingly, the United States ranked 50th out of 55 nations in the 2017 Bloomberg Health Efficiency ratings.

Well-constructed health care systems that favor national health planning and a focus on care over cure are fundamental to the creation of stable democracies. So is attention to the “social determinants” of health—things like environment, prenatal nutrition, and family leave—another area in which our competitors in the global economy far surpass us. A 2007 RAND Corporation study evaluated our post-war efforts in Germany and Japan and confirmed the wisdom of the choices we made on behalf of others: “Nation-building efforts cannot be successful unless adequate attention is paid to the health of the population. The health status of those living in the country has a direct impact on the nation’s construction and development, and history teaches us it can be a tool in capturing goodwill of the nation’s residents.”

Carried by post-war momentum, America was in fact heading toward a national system of health care. A federally funded scientific juggernaut had been remarkably productive in providing mass immunization, blood replacement programs, and massive amounts of penicillin. By early 1944, President Roosevelt was envisioning a healthy post-war future, instructing his science leaders that “There is no reason why the lessons to be found in this experiment cannot be profitably employed in times of peace . . . for the improvement of the national health, the creation of new enterprises bringing new jobs, and the betterment of the national standard of living.”

Harry Truman shared Roosevelt’s vision, and after FDR’s death called for a national health plan, only to be excoriated by conservative elements. What we felt was best for America’s vanquished enemies—consistent high quality care available to all—our newly empowered medical, pharmaceutical and health insurance leaders felt was not appropriate for Americans at home.

Presented with more than one million psychiatric casualties, a massive burden of cardiovascular disease with eight in ten soldiers addicted to tobacco, and traumatic casualties overflowing in makeshift hospitals, the health care establishment chose profit over planning at every turn, with a focus on cure over care, believing that if they could defeat disease the way we had defeated our enemies, health would be left in its wake.

This fundamental conceit, that American ingenuity alone would ensure the growth and stability of our nation, sowed the seeds of our current health care debacle. In stark contrast, to the immediate north, Canada was also welcoming back her own soldiers and took a very different approach. They asked a basic question, “How do we ensure a healthy Canada and healthy Canadians?” As in Germany and Japan, the UK and France, strategic health planning and budgeting for universal access to health services followed. Health was a matter of national pride and urgency, and a human right for all of these nations rather than a commodity to be purchased by those who could afford it. Solidarity and universality ruled their day.

Perhaps the most apt comparison for our current economic situation is the Soviet Union in 1980. From 1945 to 1980, the Soviet Union maintained its status as a world power only by pouring more than 1/5 of their national financial resources into its military-industrial complex. As KGB general Nikolai Leonov later recounted regarding the Soviet economy, “There was a visible decline of the rate of growth, then its complete stagnation. . . . It was a frightening and truly terrifying sign of crisis.” Another disturbing parallel with the Soviet Union should be a warning to us: From 1965 to 1985, as a direct result of this misalignment of priorities, the mortality rate for Russian men rose by 30 percent.

Our spending curve in support of the Medical Industrial Complex is closely tracking the Soviets’ 1980s expenditures on its military-industrial complex as, today, we continue to divert resources away from the real needs of a majority of our people.

It’s time to live up to what we did for Japan and Germany. The vast majority of Americans feel some kind of national health system is essential, for which Obamacare was only the first step. A society can only be healthy if its people are healthy, and ours are not. The shield of “socialized medicine” should no longer be allowed to protect a status quo where all of the Medical Industrial Complex players benefit and patients are left in the dust. Nor should American citizens accept the explanation that “It’s too complicated to fix.” It is not. We have more than enough resources devoted to health care already. What we need is to apply them efficiently to secure three things: coverage for all, standardized benefits that are secure, and fair pricing and transparency.