As The Baltimore Sun wrote, it’s better to have a few rats than to be one. 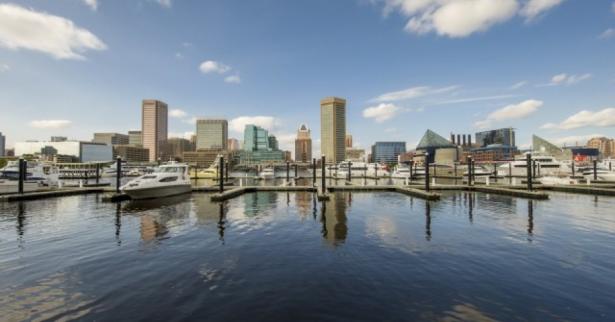 Trump’s use of Baltimore’s dysfunction is the finest expression yet of this man’s limitless racism., Edwin Remsberg/VWPics/AP Images

Representative Elijah Cummings and Baltimore are the latest collateral damage in Donald Trump’s scorched-earth re-election campaign. The president of the United States, ignorant of the rat traps scattered around the White House and the 78 health violations at Mar-a-Lago, over the weekend repeatedly demonized Charm City, birthplace of the Star-Spangled Banner, as a “rat and rodent infested mess.”

A man unfit to serve as president of the United States remains at the top of the Grand Old Party’s presidential ticket, as Mitch McConnell, Kevin McCarthy, Mick Mulvaney, and Rick Scott, who position themselves as honorable men, shake hands with the devil in their quest for permanent Republican power.

This president’s tenure may just be the greatest travesty ever visited upon this country, a travesty that could go on for years if Americans continue to ignore that the United States is flirting with disaster.

Trump’s use of Baltimore’s dysfunction is the finest expression yet of this man’s limitless racism. Using Twitter as the dissemination vehicle for the inflammatory language of infestation demonizing African Americans recalls history’s most notorious regimes in Nazi Germany, Cambodia, Serbia, and Rwanda, all of which used similar juxtapositions in the mass media to incite violent paroxysms that swept away social bonds that had been pre-ripped by expert propagandists— like the people advising this president.

The pathologies of Baltimore have been dissected by people far better equipped to handle that job than the current occupant of the White House, from Ta-Nehisi Coates to Alec MacGillis. As The Baltimore Sun proclaimed in an editorial for the ages: “Better to have a few rats than to be one.”

Blaming an American city for high crime rates is racist ducking and weaving of the finest kind. There are well-documented reasons for the torturous conditions that grip certain African American neighborhoods. There are other factors, also well documented, that have been unleashed in this country, where the NRA blocks minimal gun regulations, where police can’t stanch the flow of illegal weapons, where children travel to school and sit in classrooms fearing shooters, and where public celebrations become killing fields.

All Trump’s Sturm und Drang overshadows Cummings’s succinct condemnation of the “government-sponsored child abuse” at the Mexican border, crafted by administration officials and executed by government employees who are just doing their jobs in the detention facilities. No doubt fatigued by 45’s tweets and summer heat waves, not enough people are raising the alarm about American citizens who are being deported or detained, with one young Texan being informed that he had “no rights.”

Congressional Republicans, complicit every one of them, will continue to stand off to the side and croak about how the people Trump attacks are the real racists and the existential perils posed by brown people who risk their lives to walk here in order to find work and escape death back home. Yet black people know well that the ancient and deadly fault lines of white racism still course through their communities and the American body politic. Anyone who thinks these despicable policies are going to be neatly walled off in the Southwest may want to keep an eye on places like Baltimore.