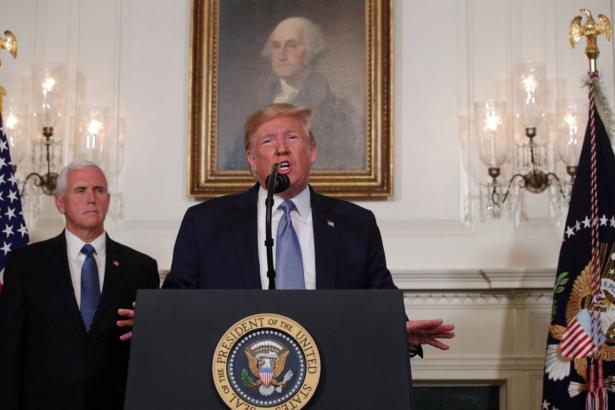 The far right in the United States changes its look every few years, cycling through hoods, shaved heads and boots, polo shirts, fashy haircuts and even three-piece suits. But one thing remains constant: Its bigotry and scapegoating drive its followers to kill. And they do so again and again.

The slaughter of 22 people in an El Paso, Texas, Wal-Mart on Saturday was a dramatic example of this trend. It was the largest massacre by a single, open white nationalist in recent history. It follows another mass shooting on July 28 at the Gilroy Garlic Festival in northern California. Although the festival shooter likely had a number of different political influences, he used racial slurs and his last social media post praised the racist, antisemitic book Might is Right.

The El Paso killer uploaded his manifesto to 8chan — an anonymous online discussion board known for its open bigotry where many “alt-right” ideas get formulated — before starting his bloody work. In doing so, he copied the actions of the murderer in Christchurch, New Zealand, who had done the same before killing 51 people in two mosques in March 2019. Following the Christchurch attack, the synagogue shooter in Poway, California, did the same in April 2019, before killing one person.

The El Paso manifesto is a stark example of a mass shooter making his white nationalist ideology clear: He specifically said he was targeting “Hispanic” non-citizens. He starts out saying “I support the Christchurch shooter and his manifesto,” and references the same book, The Great Replacement, a 2011 book by the French writer Renaud Camus; it argues that European elites are intentionally trying to “replace” the white European population by promoting immigration by people of color. This conspiracy theory has become combined with a similar white nationalist conspiracy theory about “white genocide.” Its adherents believe that white people are facing extinction because of non-white birth rates. (Spoiler: They’re not.)

The El Paso manifesto is all about the shooter’s fears of the future. And although it does center on immigration, it is not limited to this. The shooter is concerned that automation will make most jobs obsolete. And he bemoans that his generation of students will have high student loans, while only low-paying jobs await them — something which he only partly blames immigrants for.

Just as with the Christchurch shooter, he has environmental concerns, and denounces urban sprawl and consumer waste. He accuses “corporations” of promoting immigration to have bigger markets.

And he spends a long time on a conspiracy theory that can also be heard in the mainstream conservative circles — that the Democratic Party wants to open the borders and lure immigrants in with free health care, and thereby draw them into the party. In this way, according to the conspiracy theory, Democrats will supposedly turn Red states Blue. Last, like all white nationalists, the shooter denounces “race mixing“ and insists that racial homogeneity is an absolute necessity. He advocates that the United States be broken up into separate racial states, which would stop “race mixing” and grant all groups racial “self-determination.”

The El Paso manifesto is a stark example of a mass shooter making his white nationalist ideology clear.

Dividing the county up into different “ethno-states” has been a favorite proposal of U.S. white nationalists since at least the 1980s and is a clear sign of their ideological influence. His anti-corporate and environmental concerns are also more common among white nationalists than among more mainstream Republicans. But his other talking points reflect nothing more than a worldview happily at home in Trump’s Republican Party. A Twitter account that is suspected to be his contains posts supporting Trump, MAGA and building a border wall.

The shooter doesn’t have any immediately apparent direct connections to white nationalist groups. And unlike Dylann Roof, the racist perpetrator of the 2015 Charleston massacre, the El Paso manifesto is not a treatise concerning various points of debate among white nationalists; it sounds like what could come out the mouth of many Generation Y conservatives.

So, if that’s the case, why express these views in a brutal mass murder? Scholars of right-wing violence point to what’s called “stochastic terrorism,” also known as “scripted violence.” Here, a narrative is disseminated — often by public figures with large platforms — whose logical conclusion can be to commit murder in order to portray oneself as a redeeming hero in the face of an impending disaster.

As I wrote for Truthout in June 2017, the use of scapegoating in political narratives often leads to attacks on the groups blamed for the society’s problems. Chip Berlet, co-author of Right-Wing Populism in America, explain this dynamic in one essay by saying, “The leaders of organized political or social movements sometimes tell their followers that a specific group of ‘Others’ is plotting to destroy civilized society” and that “history tells us that if this message is repeated vividly enough, loudly enough, often enough, and long enough — it is only a matter of time before the bodies from the named scapegoated groups start to turn up.” So no direct call to violence is needed. Dramatic claims of impending disaster lead listeners to attack members of the scapegoating group. In this way, they see themselves as heroes who are helping to rescue society.

The use of scapegoating in political narratives often leads to attacks on the groups blamed for the society’s problems.

The El Paso shooter obviously was familiar with the prior mass shooters and their modus operandi of writing a manifesto and posting it on 8chan. But his manifesto reeks with social anxiety about the future — his own future. He says he can see no future for himself because automation will destroy jobs, and he is terrified of people of color running the Texas government. He tries to position himself as the selfless hero of this scenario, saying, “I am honored to head the fight to reclaim my country from destruction.”

So far 74 people have been killed in the three attacks whose manifestos were all first posted on 8chan. Dealing with this fad is not going to be easy. Trump and his cronies are clearly not going to help. In fact, they are doing quite the opposite. The recent attacks on antifa — the new Senate resolution which seeks to declare them terrorists, Ted Cruz’s letter asking the FBI to use the RICO Act against antifa, and Trump’s tweet that antifa is a “major Organization of Terror” — show that the administration is actually seeking to do the opposite: to enable the white nationalist movement.

As far as we know, it is quite possible that the El Paso shooter was not a card-carrying member of a white nationalist organization. But in the digital age, where racist propaganda is available at the click of a button, and discussion groups about the merits of white supremacy are two clicks away, it no longer matters if the person was indoctrinated and trained in person by other far right activists.

However, even if the El Paso shooter’s education was a digital affair, it is still a social situation. The digital platforms that white nationalists use are overseen by human administrators — for example, 8chan is run by Jim Watkins, who lives in the Philippines — and these platforms have bank accounts, social circles and legal obligations. The white nationalist movement consists of writers, propagandists, artists and fundraisers who all have lives. Many of them own homes, have jobs, go to church and have friends. All of these are weak points where pressure can be applied to remove resources, and to try and get these people to move out of their current white nationalist political circles.

Dramatic claims of impending disaster lead listeners to attack members of the scapegoating group. In this way, they see themselves as heroes.

Putting pressure on weak points like these is what antifa does, and so this is why when Texas Lt. Gov. Dan Patrick told antifa to “Stay out of Texas,” his advice was the exact opposition of what Texas needs right now. Texas needs antifa more than ever.

It’s clear that the Texas GOP is not going to challenge the political culture that encouraged the El Paso shooter. This culture, which enables these anxieties and spreads these lies, has to be changed. When CNN has Richard Spencer on as a commentator, when The Wall Street Journal portrays Islamophobic far right propagandist Andy Ngo as a mere “conservative journalist,” and when Twitter allows Trump to use its platform to spread racism, these platforms enable violently toxic attitudes to fester.

We all need to take a role in the fight against the far right and its violence. This fight requires antifa activists doxxing and pressuring fascist propagandists, and it also requires everyday people speaking against the stoking of fear and resentment against scapegoated groups. We all need to take action because it’s abundantly clear that the government is not going to do this for us.

Truthout is a nonprofit and depends on your financial support. Subscribe to Truthout’s daily newsletter and never miss a story. We’ll send you the top news, analysis and commentary from Truthout’s reporters and leading progressive thinkers, as well as the best reprints from other independent news sources.