books We're Still Here: Pain and Politics in the Heart of America

This new book, says reviewer Rosen, carefully studies the life of the multiracial working class in a U.S. town, and, in the process, "painfully reveals that traditional working-class life is over." 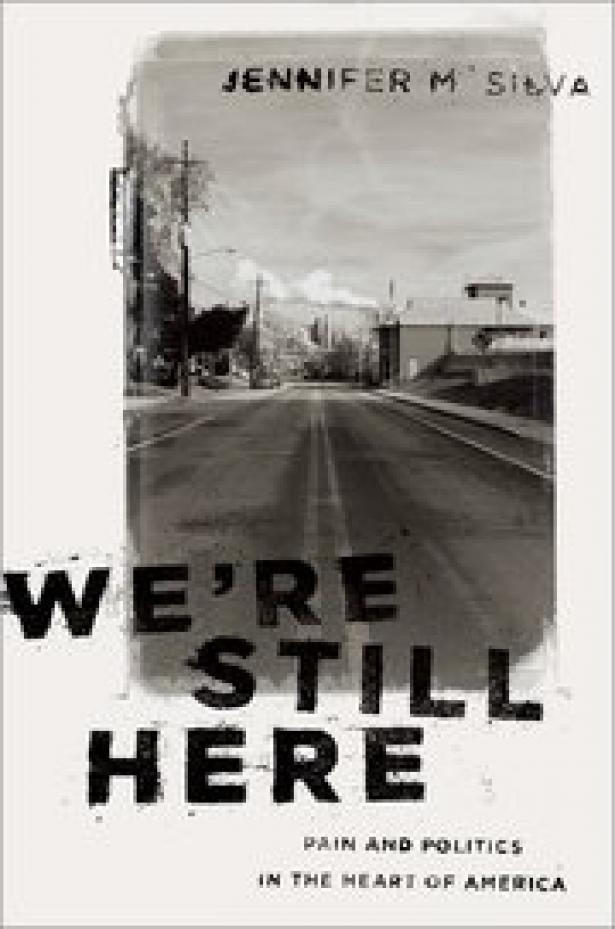 The American Dream is over, working-class and poor Americans are suffering, and their situation is only getting worse. Jennifer Silva, author of the powerful study, We're Still Here: Pain and Politics in the Heart of America, laments, “the chance to give one’s children a better life—the promise at the heart of the American Dream—is fading away.” The endless distractions of President Donald Trump’s latest tweet, another mass killing, or a sex scandal exposé will do nothing to relieve their worsening condition.

To fully grasp the depth of this suffering one needs to look past the media headlines and understand this ever-growing proportion of Americans on their own terms. This is the great reward of Silva’s powerful study; she lets her subjects tell their own stories. The author, assistant professor of sociology at Bucknell University, spent two years in Pennsylvania’s anthracite coal region and undertook 120 in-depth interviews around the time of the 2016 election. These interviews provide the painful content of this valuable book.

Silva, author of Coming Up Short: Working-Class Adulthood in an Age of Uncertainty, is a gifted scholar who encourages those she interviews to tell their own stories in their own voices and allows them to not simply make sense of their often-painful personal lives but to place their lives in a very complex political context.

The subjects of Silva’s tale are men and women, white, black and Latino working-class residents of a declining coal town she dubs, “Coal Brook,” a name used to give the real town anonymity. In her revealing book, Silva serves as much as an academic scholar as a personal therapist, and one has to ask how she could endure the endless suffering experienced by her all-too-honest subjects.

Silva's study painfully reveals that traditional working-class life is over.

The American Dream that permitted manual and factory laborers to have a secure job, with a supportive union and community, is a thing of the past. The long-term outcome of this historical development has led to the erosion of traditional marriage and family, church going and (especially male) comradery.

Today, Americans, including working-class people, live lives defined by an ethos of individualistic survival. Silva’s subjects reveal that, for the most part, each is on his/her own to figure out a way to cope with the suffering and insecurity they personally, privately endure.

Nearly all those interviewed have gne through terrible hardships and live lives at the edge. Many suffer unrewarding, tenuous barely minimum-waged job situations, constant financial insecurity, endless bill-collector harassment, prior criminal convictions and inadequate and too-expensive medical services. These troubles are compounded by physical assaults (inflicted on children and adults, especially women), sexual abuse, heroin addiction, and veterans suffering from PTSD. And then there is the racism resulting from a traditional, ethnically homogenous white society undergoing cultural diversification.

Silva’s research in coal country took place as the 2016 presidential election was playing out and her interviewees reveal why so many white, working-class Americans voted for Trump. Not surprising, many of her subjects came from families of once-loyal Democrats who either give up on the party or politics in general.

Some reject welfare or other aspect of the “social safety net” as giveaways, some adopt racist—anti-black and anti-immigrant—beliefs to make sense of their personal difficulties. A few turned to religion and others to forms of self-discovery as ways to build a life outside political engagement. Many turned to Trump because he wasn’t a conventional politician but rather a businessman who snubbed his nose at the old-fashioned system and promised to bring back good-paying jobs to the coal region. Many simply didn’t believe Hillary Clinton’s message and others just don’t vote.

Silva’s rigorously argued study is grounded in academic research and a deeply held political commitment or belief in the need for working-class people—and Americans in general—to fashion a space for social struggle. As she says, people need a social space “to explain what has gone wrong, to actively take on, negotiate, or reject available political identities, and to listen to how the stories they tell justify their political demobilization.”

She argues, “pain, as experienced, is undeniably personal, but its causes and consequences are often political.” Through her extensive interviews, she shows that the personal feeds into the political, that it has become the way people project their frustrations—pain, disappointment and anger personal failure, of being unfairly treated—onto politicians.

Silva concludes, noting: “When pain Is named, projected outward into the world instead of shrouded in resentment and blame, the possibility of forging social bonds out of what would otherwise be a shameful experience arises.” Sadly, the author seems pessimistically honest as to limited possibilities of a large-scale, unified movement of working-class people arising anytime soon. Their—our!—situation seems likely only to get worse.

David Rosen's most recent book is Sex, Sin & Subversion: The Transformation of 1950s New York's Forbidden into America's New Normal. His articles and book reviews have appeared in such diverse venues as Salon, Black Star News, Brooklyn Rails, Huffington Post, CounterPunch, Sexuality and Culture, The Hollywood Reporter, and others.