The charlatans and phonies preen and punish, while those of real faith do Christ’s work among refugees 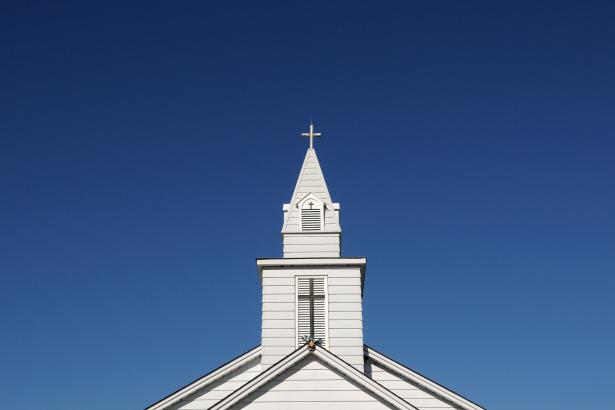 You don’t hear much about Sister Norma Pimentel in the secular press. She’s not a wacko, a hypocrite, a sexual predator or a political operative. Her life’s work, she says, is guided by seeing “the presence of God” in migrant children in the shelter she oversees in the Rio Grande Valley — vulnerable souls that her president would otherwise put in cages.

What you hear about is the phonies, the charlatans who wave Bibles, the theatrically pious, and they are legion. Vice President Mike Pence wears his faith like a fluorescent orange vest. But when he visited the border this summer and saw human beings crammed like cordwood in the Texas heat, that faith was invisible.

“Trump Orders Pence to Find Passage in Bible Where Jesus Tells People to Get the Hell Out.” Though a satirical headline, from the comic writer Andy Borowitz, the above could pass for any day in Trump world.

What you hear about are the modern Savonarolas. In Indiana this summer, Archbishop Charles C. Thompson stripped a Jesuit prep school of its Catholic identity for refusing to fire a gay, married teacher. The same threat loomed over another Indianapolis school, until it ousted a beloved teacher with 13 years of service. He was fired for getting married to another man — a legal, civil action.

The archbishop claimed he was upholding Catholic teaching, an example of the kind of selective moral policing that infuriates good people of faith.

Catholic teaching also frowns on divorce. But when a divorced teacher, at the same school where the gay teacher was fired, remarried without a church-sanctioned annulment and posted her status on Facebook as a dare, the archbishop did nothing. For this is a road that leads to thrice-married, politically connected Catholics like Newt Gingrich, whose wife Callista (with whom Gingrich carried on an adulterous affair before getting married) is now Donald Trump’s ambassador to the Vatican.

Archbishop Thompson says he tries to be “Christ-centered” in his decisions. If so, he should cite words from Christ condemning homosexuality, any words; there are none. That may be one reason a healthy majority of Catholics are in favor of same-sex marriage, despite what their spiritual sentries tell them. 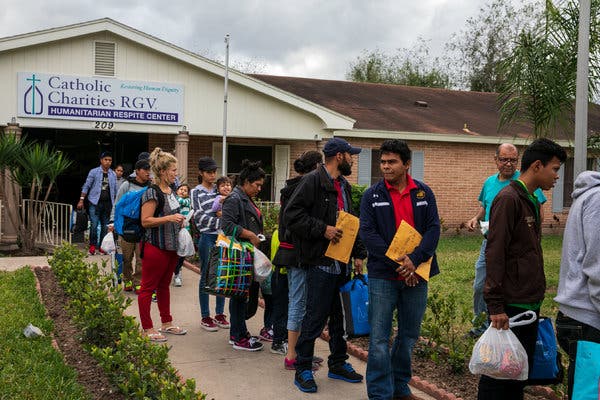 Migrants waiting for a bus at an immigrant respite center run by Catholic Charities in McAllen, Tex.,  CreditIlana Panich-Linsman for The New York Times

Religious hypocrites are an easy and eternal mark. The French Revolution was driven in part by the revulsion of starving peasants toward the overfed clerics who had taken vows of poverty. The Protestant Reformation took flight on disgust at a church in Rome that sold passages to heaven, enriching men who had multiple mistresses after taking vows of chastity.

White evangelical Christians, the rotting core of Trump’s base, profess to be guided by biblical imperatives. They’re not. Their religion is Play-Doh. They have become more like Trump, not the other way around. It’s a devil’s pact, to use words they would understand.

In one of the most explicit passages of the New Testament, Christ says people will be judged by how they treat the hungry, the poor,the least among us. And yet, only 25 percent of white evangelicalssay their country has some responsibility to take in refugees.

Evangelicals give cover to an amoral president because they believe God is using him to advance their causes. “There has never been anyone who has defended us and who has fought for us, who we have loved more than Donald J. Trump,” said Ralph Reed at a meeting of professed Christian activists earlier this summer.

But what really thrills them is when Trump bullies and belittles their opponents, as counterintuitive as that may seem. Evangelicals “love the meanest parts” of Trump, the Christian writer Ben Howe argues in his new book, “The Immoral Majority.” Older white Christians rouse to Trump’s toxicity because he’s taking their side. It’s tribal, primal and vindictive.

So, yes, people hate religion when the loudest proponents of religion are shown to be mercenaries for a leader who debases everything he touches. And yes, young people are leaving the pews in droves because too often the person facing them in those pews is a fraud.

They hate religion because, at a moment to stand up and be counted on the right side of history, religion is used as moral cover for despicable behavior. This is not new to our age. Hitler got a pass from the Vatican until very late in the war.

Still, we are “prisoners of hope,” as Archbishop Desmond Tutu loves to say. And if you’re looking for hope in the midnight of the American soul, look no further than Sister Pimentel’s shelter for hundreds of desperate children in McAllen, Texas.

Growing up, Sister Pimentel was going to be an artist, she says, until she felt a strong tug on her soul; it compelled her to a lifetime of selfless service. Faith is not that complicated. Religion always is.

Timothy Egan (@nytegan) is a contributing Opinion writer who covers the environment, the American West and politics. He is a winner of the National Book Award and author of the forthcoming “A Pilgrimage to Eternity.”