tv You’ve Never Seen Anything Quite Like Amazon’s Undone. We Mean That Literally.

This visually stunning show is a trippy sci-fi drama and a lovely story about a woman dealing with trauma, all in one. 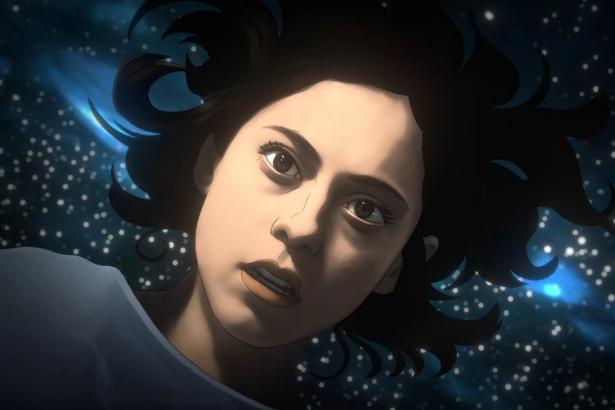 In Watch This, Vox critic at large Emily VanDerWerff tells you what she’s watching on TV — and why you should watch it too. Read the archives here. This week: Amazon’s new animated series Undone, whose entire first season is available today. Watch it on Amazon Prime Video.

Alma is having a series of very bad weeks. Her routine is dull. Her boyfriend loves her way more than she can muster up affection for him. She dislikes her sister’s fiancé (and who her sister is becoming as a result of being engaged to him).

And that’s before she gets into a massive car crash, starts seeing a vision of her dead father, and discovers that her consciousness can travel through time. (You know, that old story!)

This is the part where I would usually list some of the shows that Undone is most similar to in order to give you an idea of what it’s like. But there aren’t any, not really. Undone is an intimate examination of one woman’s personal traumas and mental state; it’s also a wild sci-fi drama. It’s a story about a family torn apart by tragedy and grief, and it’s an animated series that uses its unique visual style to create a dreamy, feathery unreality where you can never trust the path ahead of you.

Even the standard critics’ trick of naming earlier shows that Undone co-creators Raphael Bob-Waksberg and Kate Purdy have worked on won’t be especially helpful, because the most pertinent one is BoJack Horseman. While BoJack is somewhat similar to Undone in its willingness to take mental illness seriously, it’s utterly dissimilar in pretty much every other regard.

The only real way to understand Undone is to watch it for yourself. Fortunately, it’s one of the best new shows of the fall.

Undone uses an animation technique that has rarely been used on television animation, and it’s gorgeous

There’s a reason for Undone’s distinctive visuals: They’re the product of rotoscoping, a process by which actors are filmed on sets, then drawn over by animators, which creates a world that is not quite real but not quite imaginary, either. It has real weight and heft, but the people you see on screen can also do impossible things.

So far as I can tell, Undone is the first animated American TV series to feature rotoscoping across the entirety of a traditional 22-minute episode, with several installments running slightly longer than even that. (The Adult Swim series Dream Corp LLC, which debuted in 2016, is also rotoscoped, but its episodes are only 11 minutes long and at least part of each one is live-action.) Rotoscoping grounds Alma’s problems in reality while also allowing the show to easily depict more fantastical elements, like time passing rapidly around her or the room she’s in changing into a completely different setting.

Across the five episodes of the show I’ve seen so far (there will be eight total in season one), Undone’s visuals are both breathtaking and always in service of the characters. Indeed, rotoscoping proves to be the ideal way to portray Alma’s gifts, which might just be a particularly acute manifestation of a schizophrenia-like mental illness. (It’s heavily implied that her paternal grandmother struggled with something similar.) The strangeness of these visuals allows for a neither-nor sort of quality: creating the sense that Alma might really be able to cross space and time, but also that she might be dealing with a serious mental condition that requires treatment.

Normally, “Is it mental illness or is it superpowers?” is dangerous territory for fiction to wander into since it can inadvertently create the sense that a character should avoid seeking treatment for their mental illness to help sustain whatever their superpowers are. Undone cannily avoids that pitfall thanks to two different strengths. The first is the way that Purdy and Bob-Waksberg embrace the idea that if Alma’s abilities and her mental illness really are linked, then her abilities would often function in the same way as a mental illness — urging her to push away those around her and further cocoon herself within her own headspace. (Pay close attention to how one character in particular stands in for this devastating side effect of mental illness.)

The second is Rosa Salazar, Undone’s star and an actor who’s deserved a role this rich for some time. Her turn in the third season of Parenthood — where she played the pregnant woman whose baby Joel and Julia hoped to adopt — should have landed her a lot more work, but she’s instead been bombing around in parts not quite up to her talent.

Her performance in Alita: Battle Angel earlier this year (she played Alita) proved she’s up to the task of starring in a blockbuster, but it’s Undone that really spotlights her apparently considerable gift to register real human emotions — even beneath layer after layer of visuals placed over and atop her (in the form of rotoscoped animation on Undone, computer effects in Alita). She isn’t afraid to make Alma prickly and weird and sometimes a total jerk. And Undone isn’t afraid to follow her down into the character’s depths to see what makes her the way she is.

I’m still a little unsure about the way the series desperately wants to equate mental illness and otherworldly powers (there are occasional invocations of shamanism), but in its early episodes, Undone is a frequently beautiful and thought-provoking ride. I can’t wait to see more.