While the Amazon Burns, Cuba Increases its Forested Area

The socialist island Cuba is a rare example of large scale reforestation, whereas the rest of the world moves in the opposite direction. 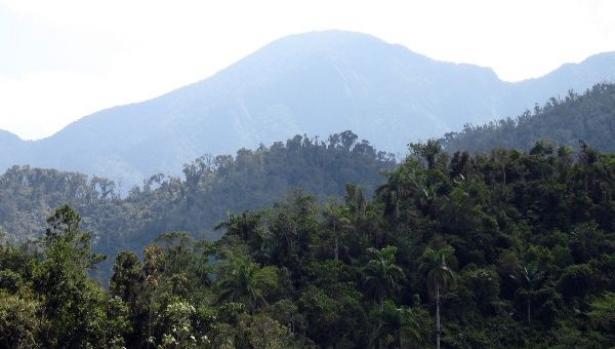 As fires rage across the Amazon in South America, a result of exploitation by agro-capitalists, Cuba has actually increased the percentage of its country covered by forest in the past year. A report published on Wednesday by Cuban media outlet Granma, reports the increase in forested area and examines how state environmental policies achieved it. The report also illustrates how today, Cuba’s forested area has almost tripled in the socialist period since 1959, despite mass deforestation in every other part of the world.

The report by Granma points to figures from the Forestry Department of the Ministry of Agriculture which show an increase of over 22,000 hectares of forested area in the last year, a small increase of 0.26 percent, meaning that forest now makes up almost a third of the entire country’s surface area, just over 31%. This is in stark contrast to 1959, prior to the revolution, when just 13% of Cuba was covered by forest.

State intervention to reforest large areas and strengthen existing trees has been key. Accorrding to the report, these policies include planting new trees and supporting natural regeneration where it happens, and setting aside 69% of the increase purely for conservation purposes.

Other policies include enriching existing forests that are at risk of degradation. This is done by measures such as pruning trees and cutting away dead ones to make way for new growth.

The Ministry of Agriculture has stressed that protecting forests doesn’t have to come at the expense of economic growth. Mining is one of Cuba’s largest industries, the country has one of largest Nickel reserves in the world. In recent years theres been a growth in foreign investment, as partnership alongside nationalized Cuban mining companies.

Under Cuban law, mining companies are allowed to clear forests, but are also under obligation to replant the same number of trees that they cut down, and this must be completed within two years.

Cuba is nevertheless still affected by forest fires, figures from the Ministry says that around 3000 hectares are affected by fires annually, the government say that 90% of these are caused by human activity such as irresponsible farming and accidents. A further 3000 are cleared annually for mining operations. However, the figures also show that Cuba has an average reforestation rate of 16,000 hectares per year, therefore outstripping what is lost.

However, around the world, 7.3 million hectares of land is land deforested each year. Brazil is among the worst, between 2017 and 2018 alone, 7,900 square kilometers were cut down. Roughly equivalent to 987,000 football pitches. A rate which has significantly increased since the recent Amazon fires, but which far-right President Bolsonaro has turned a blind eye to, sacking the head of the government’s space agency for pointing out increases in deforestation.

In June, the President of Cuba’s Central Bank, Irma Martinez, spoke at a conference in Switzerland highlighting the gains in reforestation, but argued that reforestation could accelerate even further if the U.S. blockade on the island were to be lifted, because Cuba would be able to import more modern technology at the service government reforestation operations.