Something Special is Happening in Rural America

There is a “brain gain” afoot that suggests a national homecoming to less bustling spaces. 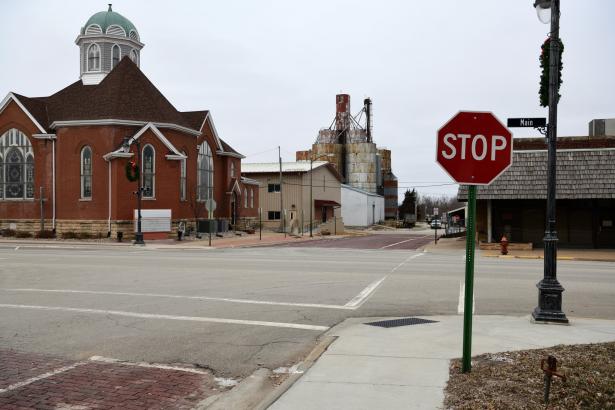 WICHITA, Kan. — For more than a century following the Industrial Revolution, rural and small-town people left home to pursue survival in commercial meccas. According to the American story, those who thrived in urban centers “made it” — a capitalist triumph for the individual, a damaging loss for the place he left. We often refer to this as “brain drain” from the hinterlands, implying that those who stay lack the merit or ability to “get out.”

But that old notion is getting dusty.

The nation’s most populous cities, the bicoastal pillars of aspiration — New York City and Los Angeles — are experiencing population declines, most likely driven by unaffordability. Other metros are experiencing growth, to be sure, especially in the South and West. But there is an exodus afoot that suggests a national homecoming, across generations, to less bustling spaces. Last year, Gallup found that while roughly 80 percent of us live in urban areas, rural life was the most wished for.

If happiness is what they seek, those folks are onto something. A 2018 study by NPR, the Robert Wood Johnson Foundation and the Harvard T.H. Chan School of Public Health reported that in spite of economic and health concerns, most rural Americans are pretty dang happy and hopeful. Forty percent of rural adults said their lives came out better than they expected. A majority said they were better off financially than their parents at the same age and thought their kids would likewise ascend. As for cultural woes, those among them under age 50, as well as people of color, showed notably higher acknowledgment of discrimination and commitment to social progress. All in all, it was a picture not of a dying place but one that is progressing.

The University of Minnesota Extension researcher Ben Winchester has cited a “brain gain” in rural America. Mr. Winchester found that from 2000 to 2010, most rural Minnesota counties gained early-career to midcareer residents with ample socioeconomic assets. A third of them are returning, while the rest are new recruits.

I grew up in and wrote a memoir about a place that by many measures during my Reagan-era childhood and Clinton-era adolescence was indeed “dying.” American readers love a tale of escape from such places, populated by characters who exemplify addiction, abuse, bad decision-making. My memoir instead seeks, through historical facts and cultural analysis, to reveal the immense public forces of policy and socioeconomics that shaped my family’s behaviors, opportunities and outcomes. I wrote affectionately yet unsparingly from that area, where I still choose to reside.

In the year since it was published, this less-common narrative has prompted thousands of people to find me at speaking events and book signings. They tell me this: Our stories are different but the same. I know the world you wrote about — it’s deep in me, and I care about it.

From Seattle to Charlottesville, they come bearing homegrown tomatoes (that’s “’maters” to us), fresh loaves of bread, small-town yearbooks, landscape photography, original paintings of big skies. They cry as they relate their own stories of departure, return, longing.

These aren’t just white people lamenting the loss of the family wheat farm. They are black women missing their families in the rural South, Muslim women organizing workers in meatpacking towns on the plains, young gay men hoping to return to their small-town roots. This is the rural America I know and love — a place rife with problems, yes, but containing diversity, vibrancy and cross-cultural camaraderie.

I explore this shift in the zeitgeist with a new podcast featuring rural and working-class advocates from the Black Belt of the Deep South, migrant camps of California’s Central Valley, the Iowa tribe of Kansas and Nebraska, the desert Southwest, Appalachia and the Midwest. I spoke with people who founded or help guide entities such as the Black Farmers’ Network, United Farm Workers Foundation, the Doris Duke Conservation Scholars Program, the Female Farmer Project, the Southern Documentary Fund and the Kansas Democratic Party.

From where I sit, they are heroes of the American odyssey — seeing value where others see lack, returning with the elixir of hard-won social capital to help solve the troubles of home. In one conversation, the political scientist Veronica Womack described the metaphorical significance of her black students at Georgia College considering work in agriculture.

“It’s kind of a circle,” Dr. Womack said. “When our ancestors were made free, land was their pursuit.” So when she says her students are coming home, she explained, she means that they have realized that farming is a “vehicle that I can use to be free.”

The Christian Science Monitor recently reported a prairie trend of young people, drawn by family ties and affordable entrepreneurship, returning to rural and small-town homes around college graduation. They’re opening restaurants or starting small, unconventional farming operations. One college senior founded a direct-to-consumer beef company in Otoe County, Neb., and sold $52,000 worth of meat in the past nine months.

This return — or refusal to leave — is good news for Americans who will happily remain in cities. The future of rural is intertwined with suburban and urban outcomes by way of food production, natural resources, the economy, political movements and beyond.

We need policymakers who understand this (and care about it). Good news: Progressive Democratic presidential candidates have unveiled a spate of rural policy plans more robust than any in recent political memory. They suggest actions for which rural advocates have argued — investing in rural people and economies to lead a Green New Deal, cutting out oppressive middlemen in moving food from producers to eaters and much more.

Government agencies have made piecemeal efforts to attract professionals to rural America, offering loan forgiveness or other incentives to teachers, doctors, home buyers. To make the burgeoning rural return feasible, we need big structural fixes for a big problem, such as Poland’s recent scrapping of income tax for young workers in an effort to keep them in the country.

The concept of home is a subjective one unto the individual. But we have long interpreted it at the mercy of forces such as capitalism and industrialization. The resulting social imbalance is an objective crisis. Mobility is a virtue of freedom. Staying — or returning — is an equal virtue.

Sarah Smarsh (@Sarah_Smarsh) is the host of the podcast “The Homecomers” and the author of “Heartland: A Memoir of Working Hard and Being Broke in the Richest Country on Earth.”