The organizers of Time’s Up have called upon NBC to state that people are allowed to talk about their experiences freely, regardless of any past NDAs. 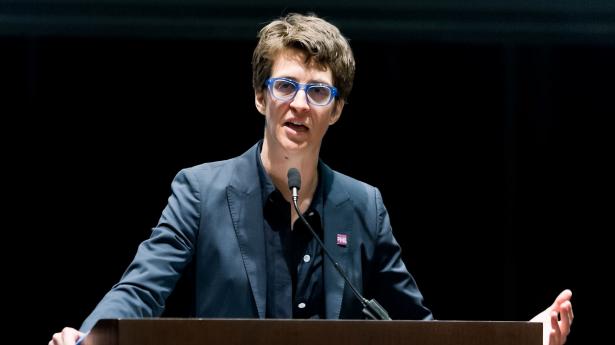 NBC came under fire from multiple directions this weekend—including from inside the proverbial house—as Time’s Up, former employees, and MSNBC’s own Rachel Maddow all criticized the company’s attitude toward disclosure of, and reporting on, sexual harassment, both within and without its corporate culture. Maddow herself led the charge, talking Friday night with Ronan Farrow, who has alleged in his new book Catch And Kill that the reporting he did on the numerous allegations against Harvey Weinstein was rejected and muzzled by his bosses at NBC News. (Farrow later took the same work to The New Yorker, and, with Jodi Kantor and Meghan Twohey at The New York Times, received the Pulitzer Prize for the reporting that helped kick off the Me Too movement.)

Per THR, Maddow was open in her criticism of her bosses, saying that, “Accusations that people in positions of authority in this building may have been complicit in some way of shielding [Weinstein and former Today host Matt Lauer] from accountability, those accusations are very, very hard to stomach.” She also revealed that the company has agreed to allow anyone who feels that their NBC non-disclosure agreements are stopping them from talking about sexual harassment or assault are welcome to inform the company, which will then release them from those “perceived obligations.”

Of course, that still requires, essentially, petitioning the company for the right to talk about your own lived experience. Which is why the organizers of Time’s Up (and also at least one person who has formerly accused network anchor Tom Brokaw of harassment) have called upon NBC to go further, and simply state that people are allowed to talk about their experiences freely, regardless of any past NDAs. Per Time, incoming Time’s Up president Tina Tchen has bluntly stated that NBC didn’t go far enough with the statement it distributed via Maddow’s show, and requested the blanket release. NBC has yet to respond to this call for further transparency on its part.