When schools introduce these technologies, they open the to door to labeling students’ normal thoughts, words, and movements as dangerous — and potentially involving law enforcement. 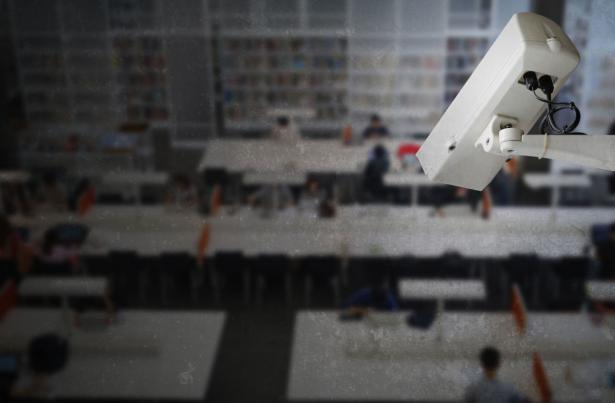 The phrase “school-to-prison pipeline” has long been used to describe how schools respond to disciplinary problems with excessively stringent policies that create prison-like environments and funnel children who don’t fall in line into the criminal justice system. Now, schools are investing in surveillance systems that will likely exacerbate existing disparities.

Overall, our nation’s most at-risk children are incurring repeated and severe disciplinary actions in school, leaving them nearly three times more likely to be in contact with the juvenile justice system. As a result, many students experience school as a place of continuous scrutiny. One went so far to say that he “felt constantly in a state of alert, afraid to make even the smallest mistake.” This is a serious and pervasive problem that schools need to fix, and installing high-tech surveillance equipment will do just the opposite.

When schools introduce these technologies, they open the to door to labeling students’ normal thoughts, words, and movements as dangerous — and potentially involving law enforcement. As a former teacher in a 99 percent Black, low-income neighborhood, I am terrified for my former students whose natural speech patterns or movements were often wrongfully perceived as problematic by those unfamiliar with the community.

Advocates of increased school surveillance often say that even if a few inaccuracies arise, ultimately the benefits of increased safety outweigh the costs. But whose safety are we actually talking about? For students of color, who are already disproportionately seen as threats, over-disciplined, and put out of school, more mechanisms built to police and turn them over to the juvenile justice system will only worsen racial disparities in educational attainment.

A number of tech companies are capitalizing on the growing market for student surveillance measures as various districts and school leaders commit themselves to preventing acts of violence. Rekor Systems, for instance, recently announced the launch of OnGuard, a program that claims to “advance student safety” by implementing countless surveillance and “threat assessment” mechanisms in and around schools.

The OnGuard package offers three main features to school districts. One is vehicle recognition software with tracking radar and full range cameras in school busses and school bus stop signs meant to monitor the activity of students as well as surveil passing pedestrians and vehicles. The others are automatic license plate readers with movement detection capabilities around school grounds, as well as 24/7 online social media monitoring.

With these technologies, Rekor can place vehicles or people on “watch lists,” and depending on local laws, it can automatically send sensitive information such as license plate numbers or footage of vehicles and people to school administrators and even law enforcement. The video software also claims to be able to detect and notify school authorities about “suspicious movement patterns,” though there is little information on how suspicious movements would be classified or determined.

Schools are also considering using facial recognition technology to stop “unwelcome visitors” from entering school premises. As a practical matter, these tools are unlikely to prevent the threats that schools are most concerned about. Most perpetrators of mass school violence have been current or former students and would not have been considered dangerous upon entry. Facial recognition systems pose risks as they continue to misidentify people of color. Moreover, given the technology’s capacity to map the movements and associations of students, teachers, and school personnel throughout the day, the plan sets a dangerous precedent of constant surveillance and risks misuse of sensitive data.

Similarly, multiple schools have introduced “aggression detecting microphones” in hallways, cafeterias, and other common spaces. Companies claim that the devices can pick up on anger in human voice and alert school authorities before an incident may occur, but analysis done by ProPublica shows that the detectors are unreliable. In a two-hour test period the detectors produced 565 false positives from sounds such as laughing, coughing, singing, and discussion. On top of that, the devices often failed to pick up on actual expressions of aggression such as screaming or shouting. Again, though the usefulness of such technology is unclear, the likely impact on marginalized youth who are wrongfully treated as criminally disruptive is not.

While none of these methods have been proven to be effective in deterring violence, similar systems have resulted in diverting resources away from enrichment opportunities, policing school communities to a point where students feel afraid to express themselves, and placing especially dangerous targets on students of color who are already disproportionately mislabeled and punished.

Take the case of Huntsville City Schools, an Alabama school district that paid a former FBI agent over $150,000 to implement a social media monitoring program. Through the course of the program, about 600 accounts were investigated, resulting in the expulsion of 14 students. Twelve of them were African American, a stark figure considering that African American students make up only 40 percent of the total student population.

An investigation by the Southern Poverty Law Center found that the district’s policies were clearly pushing out students that did not pose a threat to others. Some were punished simply for posing with BB guns in their own homes. One student came under scrutiny for “holding too much money” in a photo, and another was disciplined for wearing a sweatshirt honoring her late father because it was perceived as gang paraphernalia by school officials.

While there is no question that authorities must have a sense of urgency when dealing with threats of violence, federal education data shows that schools are actually safer than they’ve been in decades. Between 1992 and 2016, crimes at school ranging from theft to serious violent victimization declined across demographic groups.

When fear and panic lead to the wrongful arrests, expulsions, and criminalization of children who inflicted no harm, we must think deeply about the damage done in the name of public safety. Too often, surveillance systems ostensibly designed to keep schools safer have exactly the opposite effect for the most marginalized students.

In order to make real gains, school systems must expand their prioritization of student physical safety to include overall student wellness by fostering environments of mutual trust among students, teachers, officers, and other personnel. Rather than allocate more resources to ineffective and potentially harmful surveillance measures, districts ought to invest in evidence-based practices to reduce violence such as social emotional learning. They must also ensure that schools are adequately equipped with behavior specialists, counselors, and psychologists based on the specific needs of a given student population.

All students deserve safety, which also means the safety to make mistakes, think freely, and express themselves without fear of handcuffs being placed around their wrists.

Read the statement of concern on social media monitoring in K-12 schools from the Brennan Center and the Center for Democracy and Technology.

Priyam Madhukar is the special assistant to the co-directors of the Brennan Center for Justice’s Liberty and National Security Program. Prior to joining the Brennan Center, she served as an educator in Baltimore through Teach For America. In Baltimore, Madhukar taught social studies for two years, served on her school’s Instructional Leadership Team, and helped reshape the district’s U.S. history curriculum to focus more on the experiences of her students as well as other historically marginalized communities. Madhukar graduated from Vanderbilt University in 2017 with a bachelor’s in economics and world politics. She served as the chair of Vanderbilt’s Diversity and Inclusion Committee and worked as a research assistant for the university’s International War and Conflict Studies department.