...the cranberry industry is saying that it is unfair for them to have to correctly label their added sugars, because a product, like raisins naturally have a high sugar content, and thus (correctly) do not need to use the “added sugar” phrasing. 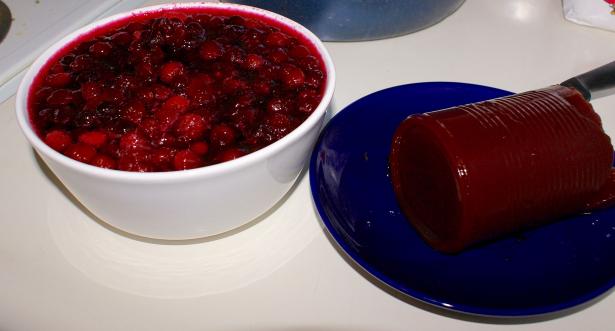 You may not know that there is such a thing as the Congressional Cranberry Caucus., jeannetteferrary.photoshelter.com

The Congressional Cranberry Caucus was founded in 2012, and is made up of several elected representatives from districts where cranberry bogs are a major industry—primarily in Massachusetts, some in New Jersey. The CCC has long pushed for very strange, very favorable laws that allow the cranberry industry to survive, and the latest one is truly a feat of truth-bending.

The cranberry industry is controlled by Ocean Spray, a cooperative that owns roughly 65 percent of the entire industry. That industry also produces way more cranberries than the market has ever indicated it wants: the government has repeatedly had to purchase tons of excess cranberries. Cranberries have just never been a particularly popular food, with the exception of one blip around Thanksgiving. One of the primary reasons for that is that cranberries have basically no sugar in them, and must be sweetened—significantly sweetened—to be appealing to the general public in the form of juices and dried fruit.

This has led to the uncomfortable situation that most cranberry products are slapped with a requirement on their packaging: their nutritional info must include a figure for “added sugars.” This requirement makes sense for cranberry products like Craisins and many cranberry juices, because, in fact, they contain added sugars. But that’s no fun for cranberry sellers, because they want their products to seem like nice healthy fruits, not unhealthy sugary snacks.

This brings us to a new Guidance Document released by the FDA in mid-June. This document was designed to clarify the rules for single-ingredient products, like maple syrup and honey. While many products, according to a 2016 rejiggering of the rules, require a separate line on the nutritional facts label reading “added sugars” followed by a gram count, what do you do when your product is naturally made entirely of sugar? So this new document says that 100% maple syrup and honey don’t need to have that added sugar line, though they do need to include a percentage figure representing how much of your daily sugar intake each serving has.

Because this is all a little confusing, the FDA is also allowing honey and maple syrup packages to include a little symbol, †, right after that percentage. That symbol would lead the purchaser to a note explaining how much sugar is in there.

Here’s where things get insane. The cranberry industry is powerful enough to insist that it, too, is unreasonably hurt by this whole “added sugar” thing. And so the FDA’s Guidance Document actually includes cranberry products, despite the fact that Craisins, for example, are made by drying cranberries and drenching them in sugar. So this document allows cranberry products to also use that trustworthy symbol. Cranberries will still have to say “added sugars,” but then they’ll get this nice big asterisk, leading the consumer to a statement. “What could be the point of this?” you might ask. After all, Craisins absolutely contain added sugars. Wait until you hear this. From the FDA:

“We have information demonstrating that cranberries are a naturally tart fruit to which manufacturers sometimes add sugar in order to increase palatability. Therefore, certain dried cranberries and cranberry juice products have amounts of total sugars per serving up to levels comparable to the levels of non-cranberry comparable products. The comparable products contain equivalent amounts of total sugars, but their labels list zero “added sugars” because their fruit products are inherently sweet.”

So the cranberry industry is saying that it is unfair for them to have to correctly label their added sugars, because a product, like, say, raisins naturally have a high sugar content, and thus (correctly) do not need to use the “added sugar” phrasing. But dried cranberries—WHICH HAVE SUGAR ADDED TO THEM BECAUSE OTHERWISE THEY TASTE BAD—should not be penalized. After all, cranberry producers are only adding sugar to them so they can taste as good as products like raisins, which have no sugars added to them because they taste good as they are.

The new asterisk will lead consumers to a message that says, basically, don’t worry about that added sugar thing. It’s not really added sugar, because we’re only bringing cranberry products up to the sweetness level that other fruits, like grapes, naturally have. This is, of course, ridiculous. Added sugar is added sugar. Unsweetened grape juice has no added sugar; sweetened cranberry juice has sugar added to it, and thus, has added sugar. Further messaging, explicitly written into legal documents by the government, should not be allowed to claim otherwise.

This is probably not that big of a deal, in the grand scheme of things. Far more corrupt and upsetting things are happening at the FDA and USDA than this. But I just can’t get over the gall of an industry to say that its added sugars don’t count…simply because they can’t sell the product otherwise.

Correction: An earlier version of this article incorrectly described the new honey and maple syrup labels. We apologize for the error.